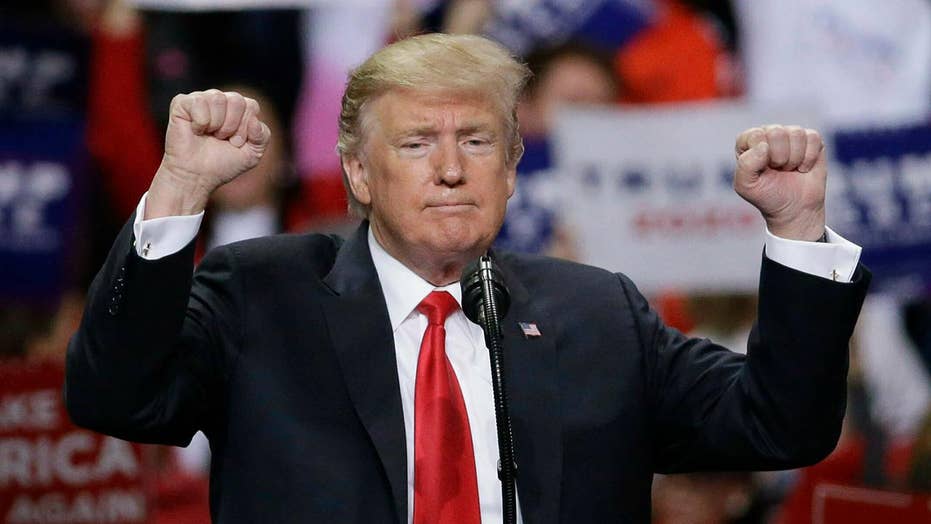 Brad Parscale, the campaign manager for President Trump’s 2020 campaign, said on Sunday that he believes states that normally vote Democrat could be flipped, according to recent data.

Parscale told CBS’ “Face the Nation” that New Hampshire, New Mexico, Nevada and Colorado could be up for grabs. He said the campaign also understands the importance of maintaining support in Michigan, Pennsylvania, Wisconsin and Florida.

“In every single metric we’re looking at being bigger, better and badder than we were in 2016. But this time we’re not out there trying to prove we can do something. The president’s proved he has done it, and now we just have to deliver what he’s done,” he said.

CBS News pointed out that Hillary Clinton won New Mexico by over 8 points and Colorado by 5. The other states were closer.

There is no clear Democrat who will win the nomination, which could be a drawn-out drubbing for the likes of Sen. Bernie Sanders, Joe Biden and others.

Larry J. Sabato, the director of the University of Virginia Center for Politics and Kyle Konik, who manages the center’s office in Washington co-authored an op-ed in The Washington Post last week titled, “It’s Easy to See How Trump Can Win Reelecton.” The piece points out that Trump is not a shoo-in, but has a solid base and benefits from a strong economy.

“Credit the powers of incumbency and a strong economy, the state of which may matter more to Trump’s odds than nearly anything else,” they wrote. “Incumbency and the economy, among other matters, ended up being more than enough for Nixon, Reagan and Bush. Despite Trump’s unprecedented outlandishness, that same combination might work for him, too.”