ADVERTISEMENT
Brian O'Mahoney is a performance artist and theatre maker based in Central New Jersey. Brian has a B.A. in Theatre Arts & Technology, and a B.A. in Communications & Media from the New Jersey Institute of Technology. His work has been presented in the United States and abroad. In 2013, 2014, and 2015, Brian was in residence during the International Summer Program at The Watermill Center, founded by avant-garde designer and director Robert Wilson, in Water Mill, NY. While there, Brian worked with artists such as Dimitris Papaioannou, Trina Merry, Lisa Lozano, Tereza Kopecka, and Marianna Kavallieratos, amongst others. Brian has since performed for Wilson for the exhibition "Here, Elsewhere", with Hermès at Cedar Lake in Chelsea, NY. Outside of The Watermill Center, he has worked with directors Mei Ann Teo, Jess K. Smith, Maria Aladren, choreographer Cleo Mack, storyteller Wes K. Andrews, and designer Andrey Bartenev. To learn more visit brianomahoney.com 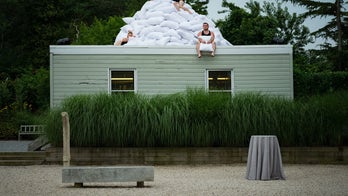 After three years of trying to be something I wasn’t, I found myself as an artist, thanks to The Watermill Center.