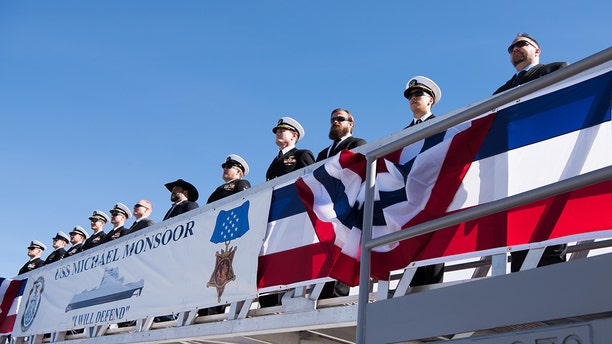 On Saturday, the U.S. Navy commissioned the USS Michael Monsoor, a Zumwalt-class destroyer and the most technologically advanced ship in our nation’s fleet. The sublime vessel offers a fitting tribute to its namesake, the late Navy SEAL who gave his life to protect teammates and Iraqi soldiers during Operation Iraqi Freedom in 2006.

The ship’s crest depicts a sword held in the winged hand and arm of St. Michael the Archangel, patron of warriors, after whom the devoutly Catholic Michael Monsoor was named. The ship’s motto reads, “I will defend.”

Throughout his brief and distinguished career, Monsoor did just that. On May 9, 2006, Petty Officer Monsoor leapt to the aid of a fellow SEAL who had been wounded in action and exposed to machine gun fire on the streets of Ramadi, Iraq. With no regard for his own life, Monsoor dragged his wounded comrade to safety while simultaneously carrying a 100-pound rucksack and firing a heavy machine gun to fend off their attackers. This act of gallantry and intrepidity in action earned him the Silver Star. 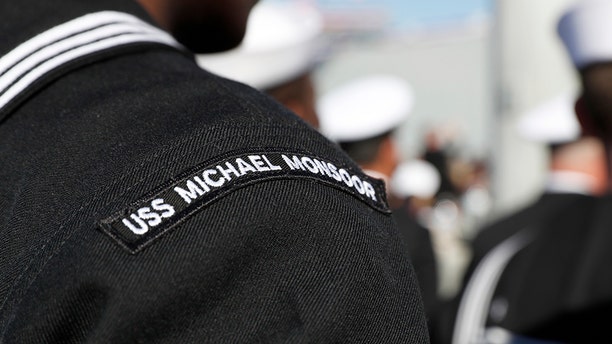 Four months later, Monsoor answered the call of duty with an act of heroism that would earn him the Medal of Honor. On September 29, as Monsoor watched for enemy activity with his teammates on a roof in Ramadi, an insurgent hurled a hand grenade from an unseen location. The grenade hit Monsoor in the chest and bounced to the ground.

Sadly, the memory of Michael Monsoor stands in stark contrast to the lives of young Americans today, whom surveys show to be the least patriotic, least religious, least loyal and least grateful generation in American history. Coincidentally, they’re also the most miserable...

While Monsoor easily could have escaped the blast from his position next to the single exit, his teammates would have been trapped. So Monsoor threw himself on the grenade, absorbing the explosion and saving the lives of his friends. The 25-year-old warrior died half an hour later, having received last rites, on the Feast of St. Michael.

Michael Monsoor lived and died selflessly, a testament to virtue and providence. Sadly, the memory of Michael Monsoor stands in stark contrast to the lives of young Americans today, whom surveys show to be the least patriotic, least religious, least loyal and least grateful generation in American history. Coincidentally, they’re also the most miserable, exhibiting higher rates of anxiety, stress, depression and even suicide than any of their forebears. 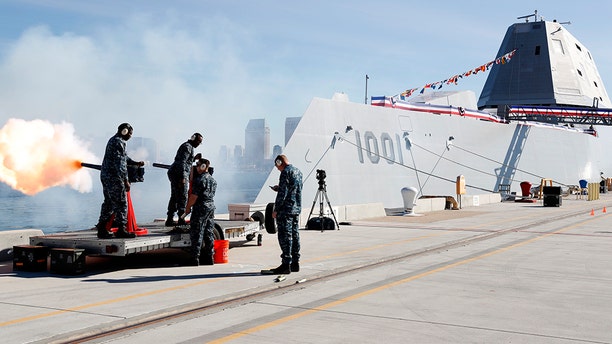 A recent study from Arizona State University found that a full quarter of American college students have suffered symptoms of post-traumatic stress disorder as a result of the 2016 presidential election.

The study’s lead researcher, Melissa Hagan, described the impetus for her study: “I taught two classes the day after the election: one undergraduate class and one graduate class,” she explained. “In both classes, students were visibly upset, with some crying.” One suspects that none of those students serves in our armed forces, where the rigors involve more than micro-aggressions.

Young Americans’ fragility stems from a culture that has flipped the moral order on its head, dismissing strength as “toxic,” rejecting service for “self-care,” and eschewing humility for “pride.” Surveys indicate that Millennials are more eager than prior generations to find “purpose” in their lives. But how can they amid so much philosophical and religious confusion?

Faith, courage and clarity of purpose prompted Michael Monsoor to heroic service. A rudderless generation looks with bewilderment on those virtues. They weep for Michael Monsoor; they ought to weep for themselves.

Fair winds and following seas to the USS Michael Monsoor, whose crews no doubt can brave what storms may come. For civilians lost at sea, the future seems far less secure.