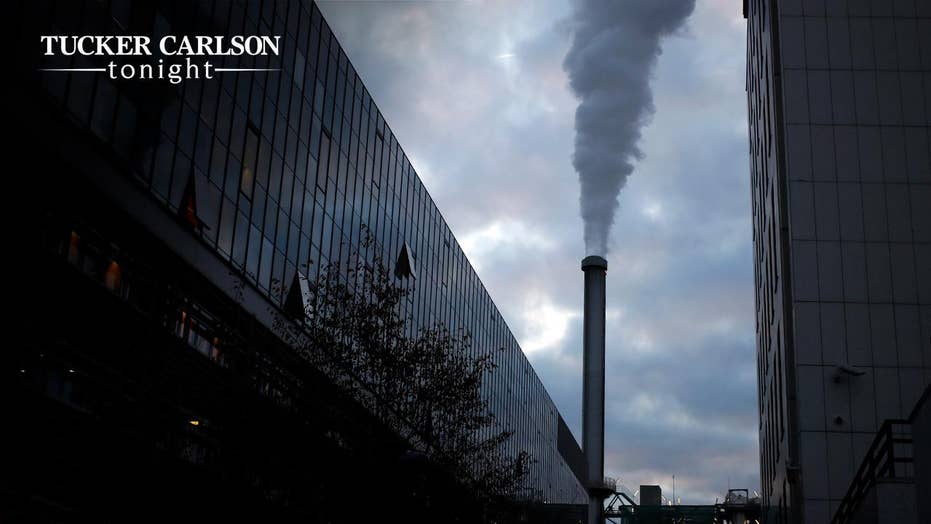 On Wednesday, Tucker Carlson highlights modern attempts to block freedom of speech and silence dissenting opinions. Then later, Tucker debates with a climate change activist over the hypocrisy of the elites. Plus: Tucker’s in-depth review of the Michael Flynn Russia probe memo.

Freedom of speech. A lot of people voted for Donald Trump in the hope they’d have more of it. But two years into his presidency, the opposite has happened.

Our ruling class has clamped down as never before on personal expression. Gone is the free exchange of ideas we were promised as Americans. In its place: Mandatory, soul-deadening conformity. An entire population forced to repeat the same mindless platitudes, or else.

The left used to deny that this was their goal. However, they’re not even pretending anymore. They’re baring their teeth and snarling. Get in line or we’ll hurt you.

In a speech Monday night, Apple CEO Tim Cook pledged that his company, one of the biggest and most powerful in the world, will do whatever it takes to silence dissenting opinions. Here's some of what he said:

“Hate tries to make its headquarters in the digital world. At Apple, we believe that technology needs to have a clear point of view on this challenge,” he said. “There is no time to get tied up in knots. That's why we only have one message for those who seek to push hate, division, and violence: You have no place on our platforms.”

Hate. It’s a real thing and there’s a lot of it out there right now. But hate is also the word they use for views they don’t like, or questions they can’t answer. Cook's real message is simple: We are holy; you are fallen. Shut up and obey.

CEOs didn’t used to talk this way. They were in the business of selling products, not preaching sermons. Then, over time, conventional religion receded from public life, and people like Tim Cook and his fellow CEOs stepped forward to fill that void. It wasn’t an upgrade.

Apple has a lot more power than the Episcopal Church ever had, and much less humility and restraint. Leaders 100 years ago could tolerate dissent. They thought God would sort it out in the end -- they didn't have to.

Members of our modern ruling class consider themselves gods. They render their own judgment. They view disagreement as equivalent to apostasy, an attack on the one true faith.

In New York, to name but one example, among many, a new bill in the state legislature would ban anyone who says something politicians don’t like from buying a firearm. Prospective gun owners would be required to give up their passwords and to show their social media accounts to regulators, who would inspect them for unapproved thoughts.

Does this sound like something the Chinese military thought up? Yes it does. But Democrats aren’t apologizing for it. One of the bill’s sponsors tried to justify it with the following explanation.

“If we make this law and you have to allow the state government to look at your social media posts, you could decide on whether you want a pistol license or not,” said State Sen. Kevin Parker, D-N.Y. “You don't have to have a pistol license."

True. You don’t have to vote, either, or go to the church of your choice, or be tried by a jury of your peers. What other constitutional rights will soon be contingent on saying the right things?