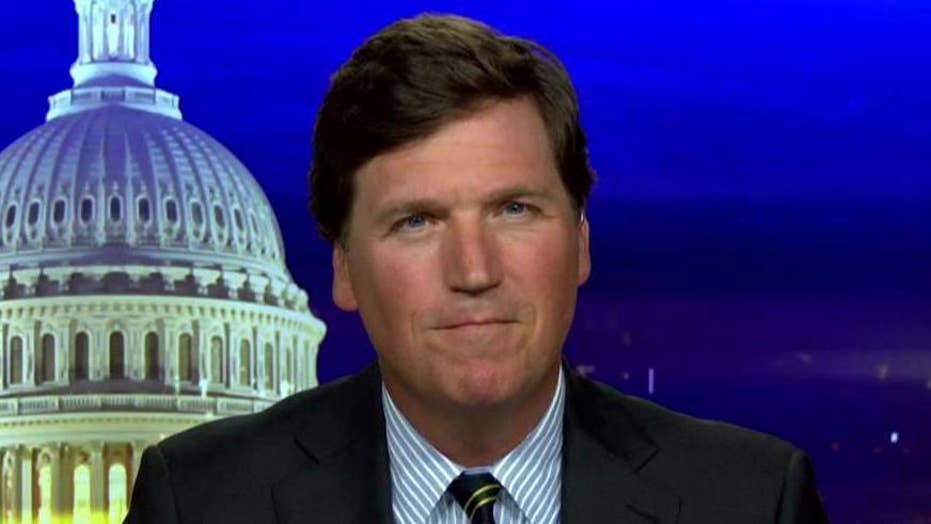 Tucker: John Dean has nothing to do with Robert Mueller

On Aug. 9, 1974, Richard Nixon announced he was resigning the presidency. That was almost 45 years ago. The Nixon administration ended that day, and so did the relevance of anything John Dean has to say.

Dean, you'll remember, if you are old, was Nixon's White House counsel during Watergate. He helped orchestrate the payoffs and the cover-up that brought down his boss. Dean was convicted and initially sentenced to 1-4 years in prison for his role, and ultimately spent four months in jail. And that's pretty much all you need to know about John Dean. He is the living answer to a trivia question.

That is, until this week.

When John Dean last held a politically relevant job, Francisco Franco ran Spain. It was a long time ago. So why was Dean on Capitol Hill? Well, simple. He works for Jeff Zucker now as a CNN contributor, and Democrats wanted to hear him talk like this:

John Dean: If I had to channel a little Richard Nixon, I think he'd tell this President he is going too far. This is the sort of stuff in a banana republic. This is what an autocrat does.

Don Lemon, CNN anchor: Do you think, though, that this is proving that he is unhinged? Concerns about that or reports about that?

Dean: He certainly acts unhinged. He is thinking like Putin would think. What I think we're witnessing is a very public obstruction of justice. He, as I see it, has already exceeded everything that Nixon did.

Cooper: You're saying, in your opinion, Donald Trump is -- has gone farther than Richard Nixon did to obstruct justice.

Dean: That's exactly what I'm saying. I think Trump is Nixon on steroids and stilts.

"Nixon on steroids." To a certain kind of dim-witted baby boomer, this kind of thing is totally irresistible. Reese's Peanut Buttercup pizza.

At the hearing, Dean admitted that he didn't have any relevant knowledge of anything that's happened in this century. But he is still 100 percent positive that Donald Trump is more evil than Richard Nixon ever was.

Democrats know that William Barr's findings could be horrifying, embarrassing, maybe even devastating. They could help President Trump get reelected. So, if you're on the left right now, it's a good idea to muddy the waters.

"The last time I appeared before your Committee was July 11, 1974, during the impeachment inquiry of Richard Nixon. Clearly, I'm not here today as a fact witness," he said at the hearing. "In many ways, the Mueller report is to President Trump, what the so-called Watergate roadmap was to President Richard Nixon."

"I am not a fact witness," Dean conceded. What other kinds of witnesses are there? Editorial witnesses? People who have no idea what they're talking about, but feel very strongly about it?

The entire hearing went like this. And Dean wasn't even the only cable news analyst there. Democrats invited a lot of them.

They tried out a fake expert, for example, called Barbara McQuade. McQuade is an MSNBC legal analyst who was once a U.S. attorney before Donald Trump fired her. Since then, she has been on call to reassure jittery MSNBC viewers that the 2016 election wasn't actually real.

And in any case, "Big Orange" will be gone very soon.

"The conduct described in the report constitutes multiple crimes of obstruction of justice," McQuade said at the hearing. "It's supported by evidence of guilt beyond a reasonable doubt. And I'm confident that if anyone other than a sitting president committed this conduct, that person would be charged with crimes."

Oh, it sounds so official.

As expected, McQuade read from the approved script on Monday. She may have no relevant knowledge or expertise -- none whatsoever. But she is nevertheless very certain that Donald Trump is a criminal.

It went on like this all day long on Monday, in case you missed it. There was no real discussion of Robert Mueller's findings. Instead, for a few hours, C-SPAN looked like a CNN panel as people in makeup thundered for impeachment. 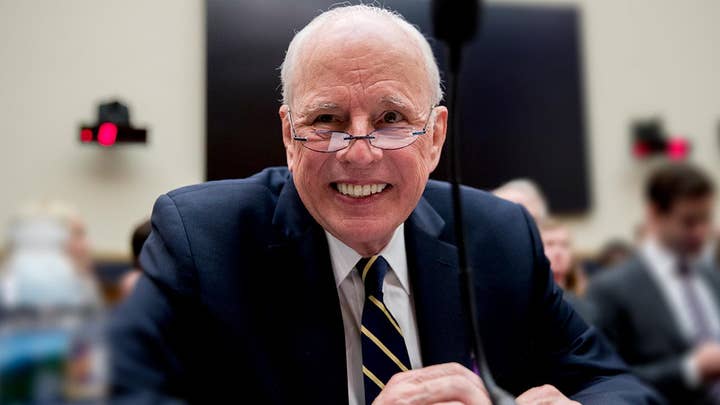 But in fact, the whole show was an indication of how weak pro-impeachment forces really are. Despite all the investigations and all the ranting you see on cable news, House Democrats still don't have the votes to impeach Donald Trump. The talking heads showed up Monday to rally the base and to prod numbers of Democrats toward an impeachment trial. Did it work? Not clear. Probably not.

But there was another reason for the hearing, too, and we shouldn't overlook it. While Democrats continue to burrow through the Mueller report, trying to twist its ho-hum findings into high crimes and misdemeanors, the attorney general, William Barr, is digging deeper into the spying -- the DOJ spying before and after the 2016 election, where you know, the FBI surveilled Donald Trump's campaign. Now we're finding out how extensive that spying was and how flimsy the justification for it.

Democrats know that Barr's findings could be horrifying, embarrassing, maybe even devastating. They could help President Trump get reelected. So, if you're on the left right now, it's a good idea to muddy the waters. If it takes calling John Dean out of retirement, then it's well worth it.