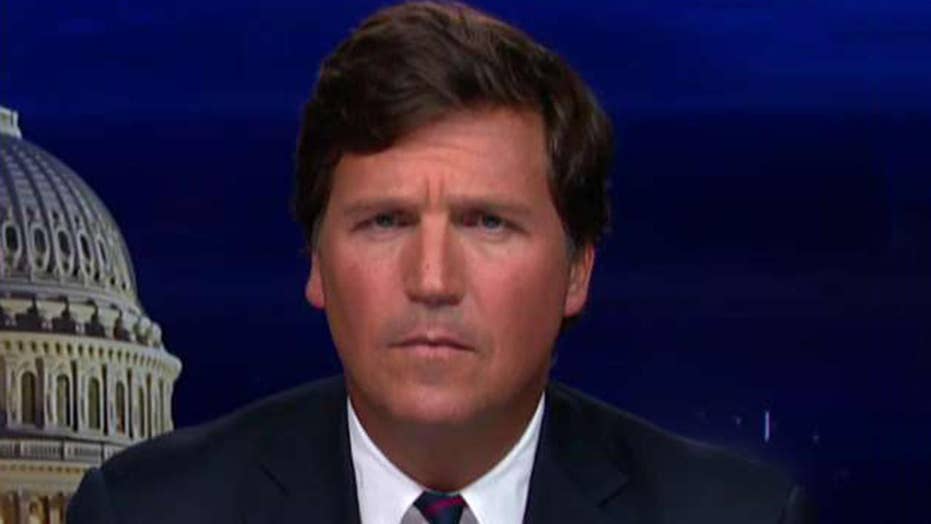 Tucker: FBI targeted Trump for wanting to get along with Russia

Fallout from New York Times report that FBI opened inquiry into whether Trump was secretly working for Russia.

We want to bring you the latest on what was really a remarkable story that broke late Friday in the New York Times. According to what are apparently high-level sources within the Department of Justice, in 2017 the FBI secretly began an investigation into whether President Trump was, in fact, a Russian agent.

The FBI believed that the president could be a one-man sleeper cell, personally taking direct orders from his handlers in Moscow, and working from within the Oval Office to subvert this country. The FBI said they believed that. So they spied on the President of the United States.

Well, shocking doesn’t even begin to describe this story. Nothing like this has ever happened in this country. The allegations are literally without precedent. That is not an overstatement.

By the way, the allegations are not true. The FBI did not find that Donald Trump is a Russian agent. No charges were filed against him. None will be.

But an equally important question remains unanswered: How did this happen? Deciding that a sitting president should be investigated for treason is not a small thing. Officials within the FBI had to push for that investigation, and then marshal evidence to justify it. Leaders at the very highest levels of the agency had to sign off on the whole thing. All of which happened. But on what grounds exactly? That’s what we would need to know to understand this.

Thanks to the Times story, we have some sense of the answer. If you’re imagining a secret transmitter covered in Cyrillic script discovered hidden in the Lincoln bedroom, no, think again. There were no cloak and dagger clues in this case. Apparently, the FBI assumed Trump might be a Russian agent not because of anything he did in secret, but because of things he said in public, standing on stage, on camera, while running for president.

"There’s nothing I’d rather do than to have Russia friendly as opposed to the way they are right now," Trump said while on the campaign trail in July 2016. "Wouldn’t it be nice if we actually go along with – as an example – Russia? I’m all for it."

According to the FBI, those words are evidence that Trump may have betrayed his country. That’s their view. But there’s another way to look at those words. Maybe Trump’s right.

Russia is a nuclear-armed power on the other side of the planet that does not have the power to invade the United States, close international shipping lanes or seriously threaten key allies, like Japan or Great Britain. Is there some reason we should inherently be in conflict with Russia? Is there vast public support in this country for fighting a proxy war in Syria with the Kremlin? How many American parents are anxious to send their children to die for the territorial integrity of Ukraine? An issue that we’re supposed to think is very important. Outside of a few neighborhoods in Washington, not very many people, it turns out.

So Trump raised a fair question during that press conference in 2016. But in Washington, saying that out loud considered treason.

"You had Vladimir Putin policies almost being parroted by Donald Trump," said Sen. Mark Warner, D-Va., in an interview on another cable news channel. You had Trump say only nice things about Putin. He never spoke ill about Russia."

"Never spoke ill about Russia." That’s the evidence that a United States senator holds up to prove that the president may be working for our enemies.

So, maybe Trump does like Russia. Who knows? By the way, he’s allowed to, if he wants. That doesn’t make him evil. It just means he disagrees with prevailing orthodoxy in Washington. And that’s OK. We’re supposed to have spirited debates over questions like this. But no longer. Policy differences are now criminal offenses.

Monday on CNN, professional dumb person Max Boot listed 18 reasons that President Trump may be a Russian spy. If you look at the reasons, most them turned out to be political positions that Boot doesn’t agree with: Firing Jim Comey, pulling out of Syria, criticizing the European Union, and this one, our favorite, “supporting populists."

The permanent war caucus in Washington has succeeded in criminalizing dissent from their agenda. That’s what this is. If this were happening in a less developed country, we know exactly what to call it -- an attempted coup. A political leader gets elected on a platform that law enforcement agencies don’t like. So, those agencies try to put him in jail. It happens all the time in other places. Now it’s happening here.

Former FBI lawyer and anti-Trump activist Lisa Page described the FBI’s thinking in her closed-door testimony before Congress. Russia is the most dangerous country in the world, Page reportedly said, because Russia works to "weaken our ability, America’s ability and the West’s ability, to spread our democratic ideals."

So spreading our democratic ideals, as with the Iraq war, is the most important thing America does – the one thing we must defend at all costs. When did FBI lawyers start talking like neocon propagandists? No wonder Max Boot is on board with this. Our entire media and political classes are with Max Boot and Lisa Page, too. They have lost their minds.

This past September, NBC News breathlessly reported that Russia was using “sophisticated microwaves” to cause brain damage to U.S. diplomats in Cuba. No surprise there. Sounds like something those dastardly Russians would do just because.

Well now, months later, scientists have determined the Kremlin likely had nothing to do with that. The real culprit was likely noise from crickets. And not even Russian crickets. But Indies short-tailed crickets. Non-Slavic crickets. Whatever. The media didn’t correct the story. They ignored it and moved on. They know who the bad guys are. Evidence doesn’t deter their storyline. Russian espionage is now so widespread, in fact, that the act of denying you spied for Russia is now confirmation that you did.

This endless shadow investigation has caused vastly more harm to our country than any Russian Facebook ad. The president should order the declassification of all documents related to this. It is clearly an abuse of federal power. If you want to restore confidence in the federal government, bring in some sunlight

"The president’s tweet trying to make the case that he’s not a Russian asset really just undercuts his own defense," Samantha Vinograd, security analyst for CNN said. "The president’s tweet couldn’t have been scripted better if it was written by Putin himself. Someone has to have told the President that undercutting the FBI, insulting past presidents and members of the U.S. government, and criticizing their actions to keep us safe is really advancing Russia’s mission. Our own intelligence community has said that those very things are exactly what Russia is after, so in the President’s response he’s really just making Russia’s job easier."

You say you’re not a Russian agent, therefore you are? Who puts these people on TV? That’s a question we should worry about. Over the weekend, CNN president Jeff Zucker declared that anyone who isn’t spreading fear of Russia is doing bidding of Russia. Zucker didn’t say that himself, of course. He rarely speaks in public. Instead, he sent his marionette, as he often does, to deliver the message.

"I was watching 'Good Morning America' this weekend, and both mornings they led with snowstorms and scares at malls and other stories, and not this [the New York Times Russia story," Brian Stelter said. "And I just keep wondering if the public is ill-served if we don’t make it really clear what the stakes of this story are. How — how can a morning show not lead with this drama, I guess is what I’m saying."

Message received, thank you very much. But take three steps back. Is the media’s problem really that we don’t talk about Russia’s enough? Doesn’t seem that’s the problem.

Does every show on cable news have the same writer? Well, yeah – it’s the DNC. We've heard the same script so many times, it’s like background noise, muzak in an elevator. We’ve never paused to ask the obvious question: Does it make any sense? Does what they’re saying logically add up – that Trump is an agent of Russia?

If you were Russia - let’s say you were Vladimir Putin - ow would you try to undermine American interests? You’d probably try to get America stuck in costly, expensive foreign wars. You’d see that Iraq and Afghanistan have left us much weaker. Why not replicate that experience in Syria and Libya? You might also encourage America to adopt a self-destructive energy policy. You’d have the government sharply restrict the exploration of oil and natural gas, in the name of the environment, so that America produces less energy. Why would you do that? Because global energy prices would rise, and we’d have to import more. Who would that benefit? Russia, a petrostate. Their economy is dependent on energy.

But Trump -- and this is weird behavior for a Russian agent -- has done the opposite of that. The United States, for the first time in my lifetime, is an energy exporter. In fact, Ii is the largest producer of oil and gas in the world. Is that good for Russia? No, it’s not.

Who’s pushing opposite? Oh, weirdly, it’s the left. They’re the ones pushing a Green New Deal that would have us shutting down oil and gas wells across the nation.

Someday, we’ll look back in shame and confusion wonder how so many supposedly smart people went completely off the deep end. That’s the task for future historians. For now, it’s time for some radical transparency.

Last fall, the president ordered the declassification and release of Carter Page’s FISA application. How is it that an American citizen who clearly did not act as an agent for Russia, have his phones tapped and his email read by the federal government? On what basis? We have the right to know that – and we still don’t. 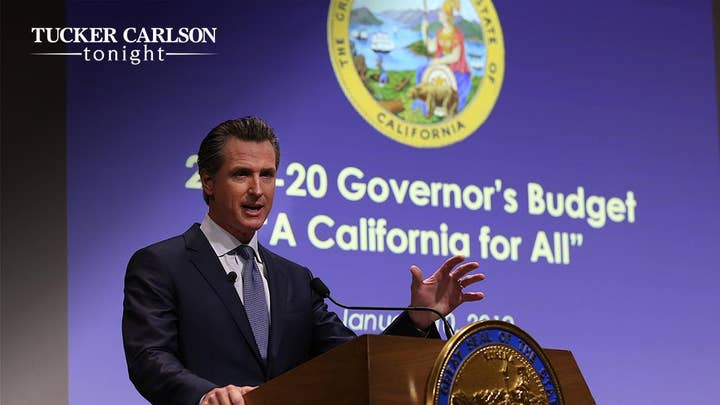 So the president ordered that. He also ordered the unredacted release of all text messages related to the Russia investigation sent by Jim Comey, Andrew McCabe, Peter Strzok, Lisa Page, and Bruce Ohr – the FBI officials. Instead of releasing them, the Department of Justice dithered, for reasons that were never really clear. President Trump got distracted, and we've never seen those documents.

It’s obvious at this point that the reason for not releasing these documents isn’t protecting American national security. They just leaked information about the FBI investigation to the New York Times. They clearly have no problem leaking information when it helps them. They haven’t been released because the documents might embarrass the FBI.

This endless shadow investigation has caused vastly more harm to our country than any Russian Facebook ad. The president should order the declassification of all documents related to this. It is clearly an abuse of federal power.

If you want to restore confidence in the federal government, bring in some sunlight. Tell the DOJ to do that. And if DOJ personnel refuse, fire them, and replace them with people who understand that they serve elected leaders – which is to say the electorate – which to say the people – and not the other way around.

The president appears afraid to do this. He seems intimidated by his own lawyers. But why? What can official Washington do to him now? Call him a Russian agent? Plan to impeach him? Too late. They already have.