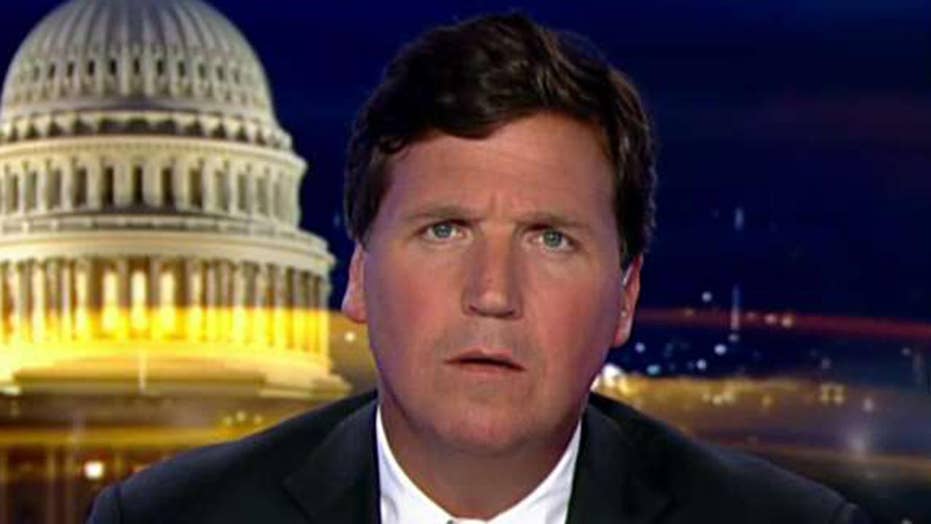 What a weird day it was on Wednesday in Washington. As hard as it may be to believe, it's been two weeks since the release of the Mueller report. But on Capitol Hill, they are still yelling about Russia.

It's as if the most exhaustive federal investigation in a generation never even happened. It's as if the Russia collusion story was completely real, and not a ludicrous hoax pushed by ruthless partisans. It's as if facts no longer matter at all, only emotion and ambition and the overriding will to power. These, apparently, are the new rules in Washington.

Attorney General William Barr learned these new rules as he was summoned before the Congress. Angry Democrats interrogated Barr about the letter he wrote in March summarizing the Mueller report. Now, you might wonder why anyone would care about that letter. The entire Mueller report was subsequently released not long after the letter. That report is now available online. Anyone can read it. You can read it if you want. You can draw your own independent conclusions about what it says. You don't need Bob Barr's help. His summary is irrelevant.

Now, partisans on cable TV are pretending otherwise. But let's be clear -- let's be very clear: What they are giving you is an opinion. It is not fact, and they should be honest about that. The Barr letter means nothing. Again, that is fact, not opinion.

So what was the point of Wednesday's hearing? Well, part of the point was to allow people like Mazie Hirono to perform for the cameras. Just a few years ago, virtually nobody outside of Hawaii had ever heard of Mazie Hirono. She was considered forgettable even by the standards of the U.S. Senate. Now, she's a celebrity on CNN.

Technically, she remains unimpressive. She has never written a single bill you've heard of. But when the cameras roll, Mazie Hirono comes alive. She'll repeat literally anything her staff puts on a card and hands to her, no matter how extreme and stupid it might be.

Hirono said the following, straight off a card, Wednesday's hearing:

"Mr. Barr, now the American people know that you are no different from Rudy Giuliani or Kellyanne Conway, or any of the other people who sacrifice their once-decent reputation for the grifter and liar who sits in the Oval Office. You once turned down a job offer from Donald Trump ...

"But when we read the report, we knew Robert Mueller's concerns were valid, and that your version of events was false ...

"You told Senator Chris Van Hollen that you didn't know if Bob Mueller supported your conclusions, but you knew you lied. ...

"But I wasn't surprised. You did exactly what I thought you do. It is why I voted against your confirmation ...

"But now we know more about your deep involvement and trying to cover up for Donald Trump. Being attorney general of the United States is a sacred trust. You have betrayed that trust. America deserves better. You should resign."

Reading it right off the card. "Deep involvement in a cover-up."

Now remember, Bill Barr wrote his letter on March 24th. The full Mueller report was released on April 18th. That means that for three and a half long weeks, America was under the "false impression" that Donald Trump was not a Russian agent.

To Cory Booker of New Jersey, that sounds like a sophisticated disinformation campaign run by -- you guessed it -- Russian agents.

You might wonder why anyone would care about that letter. The entire Mueller report was subsequently released, not long after the letter. That report is now available online. Anyone can read it. You can read it if you want. You can draw your own independent conclusions about what it says. You don't need Bob Barr's help.

"We have here documented a level of coordination with a foreign adversary sharing polling data, and we seem to be -- and your conduct seems to be -- trying to normalize that behavior," he said during the hearing. "And that's why I think we are in such a serious moment that is eroding the cultures of this democracy and the security of this democracy. And so let's just get into some of this specifically."

"Eroding the cultures of this democracy." Now, we can only guess as to what that might mean. "Spartacus" did not explain himself.

But if you actually wanted to undermine democracy, probably the first thing you would do is ignore the expressed will of voters. You would instead create sideshows designed to deflect attention from your incompetence and lack of interest in what the actual population wanted or in the president they elected, or in the priorities that they expressed to pollsters and at the ballot box. You'd ignore all of that.

Instead, you would pretend that some irrelevant letter that Bob Barr wrote back in March was more important than all of it. More important than the opioid crisis, or the ongoing invasion from Central America over our southern border. Then you would want Mazie Hirono on TV as much as possible screaming about a cover-up. That way, maybe nobody would notice that the roads were crumbling or the suicide rate was rising or that you, for reasons you could never really explain, were intent on wasting still more money -- and still more lives -- on pointless wars in Syria or Yemen or Venezuela.

You would continue to whip up hatred and division in the population. Needless to say, nothing works as well as that does. So, you'd employ slogans like "white privilege," or "toxic masculinity" to make people really hate each other. Over time, the population would be so mesmerized and afraid, they might not even notice that you were wrecking the country.

Yup, if you wanted to undermine democracy, that's exactly what you would do.