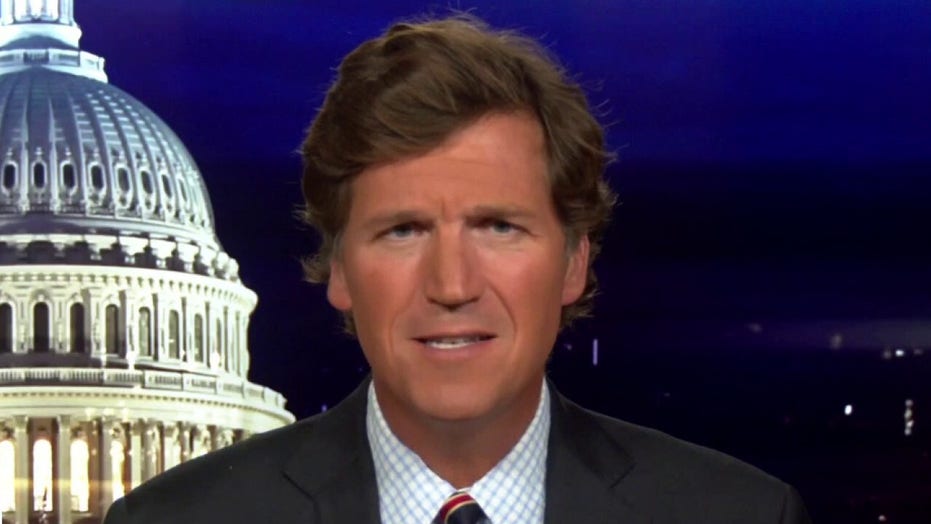 We've spent an awful lot of time over the past few weeks trying to figure out and then explain what's happening to our country. At times, it's been depressing, but it seems important.

GOP LAWMAKER ON COLLEAGUE BEING ATTACKED BY WISCONSIN PROTESTERS: 'MOB IS HELLBENT ON MASS DESTRUCTION'

At this point, it is pretty clear that nothing is what we're told it is. These are not protests. This is not about George Floyd. It's not about "systemic racism," whatever that is. America is not a racist country. You are not a bad person for living here.

These are definitely not protesters. They're not even rioters. They're the armed militia of the Democratic Party. They're working to overthrow our system of government. They're trying to put themselves in power.

That's all obvious now. It's genuinely sinister. We're worried about it. We've said that. We mean it.

But in the process of saying that, we may have missed something else that is also true as well as highly amusing. These people are idiots -- for real.

The angry children you watched set fire to Wendy's and toppled statues and scream at you on television day after day are truly and utterly stupid. There's probably never been a dumber group gathered in one place in all of American history. They are mouth breathers. They know nothing. They couldn't tell you who George Washington was. They don't know when the Civil War was fought, probably not even to the century.

They say they oppose racism, and then they rip down monuments to abolitionists. They don't see the contradiction in that because they have no idea who the abolitionists were. They think it's a band from the 80s.

There's probably never been a dumber group gathered in one place in all of American history. They are mouth breathers. They know nothing. They couldn't tell you who George Washington was. They don't know when the Civil War was fought, probably not even to the century.

A lot of the very stupidest people, by the way, are "well educated." They have all the worthless credentials we are told we should want for our children. They went to Duke. They work at some nonprofit. They hold a good-paying job in digital marketing at Nike.

Yes, they're supposedly impressive, but they're not impressive at all. They're incredibly dumb. They fall for any lie, no matter how preposterous. The more preposterous, the more likely they are to fall for it. And like small children, they're afraid of everything.

In California, a Hispanic utilities worker made the mistake of cracking his knuckles at a red light. The geniuses thought he was flashing a white supremacist gang sign, so they fired him. Poor guy.

In Oakland, Mayor Libby Schaaf, who claims she went to college and law school -- wow -- mistook exercise equipment in a park for Ku Klux Klan nooses. Schaaf then held a press conference to hyperventilate about hate crimes. Talk about textbook hysteria, but it was also hysterically funny.

For people this neurotic, life is one long horror movie. They squirm in their seats, paralyzed by fear. Even the simplest and most obvious decisions become impossible to make. They're too afraid.

The New York Times has profiled a group of people just like this, sympathetically, of course. This group lives in an affluent part of Minneapolis. After watching hours of CNN, they pledged to stop calling the police. Calling the police, they decided, was racist, so they didn't call police.

Almost immediately, hundreds of mentally ill homeless drug addicts showed up and erected a tent camp in their park. Then prostitutes arrived. Then caravans of drug dealers showed up to service the addicts. People overdosed.

Meanwhile, neighbors cowered in their own homes, unable to sleep. One resident, a man called Mitchell Erickson, found himself cornered by two thugs who put a gun into his stomach and demanded his car keys. So, Erickson finally broke down. He called police. And then he deeply regretted it.

"I put those boys in danger of death by calling the cops," Erickson told the paper, apparently not joking.

For the rest of us, the question is, can people this damaged, this weak, actually run a country? And the answer is no, of course not. And we definitely should not let them.

But in the meantime, we also should not pass up an opportunity to let them amuse us, because they do.