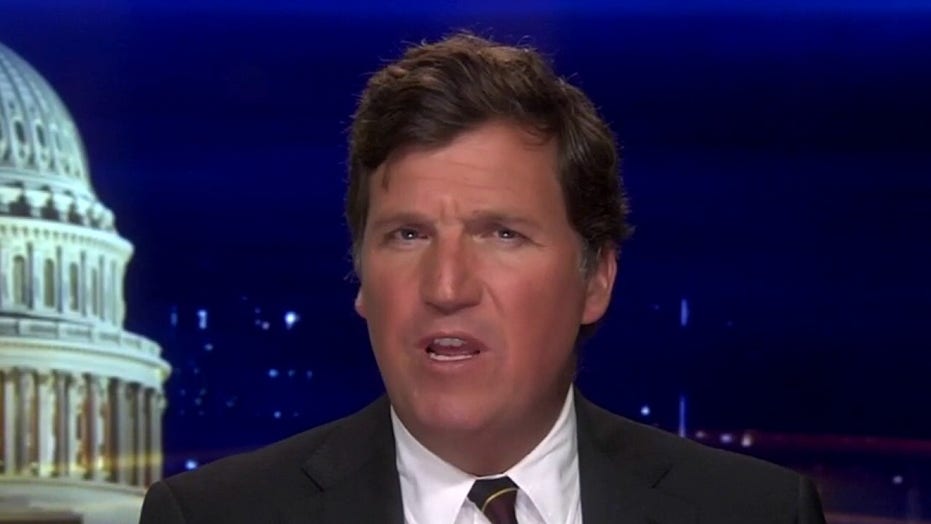 Why is Mike Bloomberg apologizing when stop-and-frisk worked?

Ever since he began his effort to buy the Democratic nomination, Michael Bloomberg has been attacked by all sides for the stop & frisk policies he used for 12 years as mayor of New York City.

Under those policies, police were encouraged to stop and question individuals on the streets of New York and then frisk them if they suspect them of committing criminal activity.

Bloomberg himself has apologized for all this. He says he's embarrassed by the existence of the policy.

TUCKER CARLSON: US IS VULNERABLE TO CORONAVIRUS BECAUSE LIBS CARE MORE ABOUT IDENTITY POLITICS THAN YOUR LIFE

The Trump campaign and its many surrogates have joined him in that they've partnered with the left to call Bloomberg a racist for stop & frisk.

And that's understandable, of course, because it's election season and every politician, every campaign knows it's useful to attack an opponent where he's vulnerable.

But let's take three steps back. Let's put politics aside.

The only problem Bloomberg has with stop & frisk is that he's apologizing for it.

Stop & frisk isn't racist. Even as crime fell in the city, the most dangerous parts of New York were still filled with volatile young men, many of them gang members carrying illegal guns.

Stop & frisk found those guns by the thousands while gang members learned to leave their legal weapons at home if they didn't want to go to jail.

Stop & frisk also found a lot of illegal drugs and took them as well as their dealers off the streets.

Did most searches discover a crime? No, they didn't. But 12 percent of all stop & frisk searches, the "frisk" part did discover a crime. And that's a remarkable number for an otherwise harmless search.

Imagine if twelve percent of all TSA searches discovered a gun or a bomb or other criminal behavior. Would you want TSA abolished as wasteful and excessive? No! You wouldn't! It would be a huge success.

Is stop & frisk racist? Well, unlike Al Sharpton and the Black Lives Matter movement, or the new bail law in New York or the criminal justice reform bill

we're all supposed to like, stop & frisk actually saved lives, hundreds of lives. And those lives are overwhelmingly young, black and Hispanic people.

The year Rudy Giuliani left office there were 649 murders. Under Mayor Michael Bloomberg that number was cut in half -- again. It dropped to 322 murders. A year. In a city of eight million.

So New York wasn't just safer. It was the single safest major city in America, maybe in the world outside of Tokyo.

And you know who agreed with that? Donald Trump. Just four years ago in a debate with Hillary Clinton, then-candidate Trump said this:

In New York City, stop & frisk, we had 2,200 murders and stop & frisk brought it down to 500 murders. Five hundred murders, [is] a lot of murders. Hard to believe. Five hundred is supposed to be good, but we went from 2, 200 to five hundred and it was continued on by Mayor Bloomberg. And it was terminated by the current mayor.

But stop & frisk had a tremendous impact on the safety of New York City, tremendous beyond belief. So when you say it has no impact, it really did. It had a very, very big impact.

It's so funny because the essence of stop & frisk was taking illegal guns off the streets, something Democrats say they're for. But no,  they just want to take your guns out of your closet because you didn't vote for them.

In Trump's Republican convention speech later in 2016, he laid out the consequences of rolling back effective criminal justice policies like stop & frisk:

Decades of progress made in bringing down crime are now being reversed by this administration's rollback of criminal enforcement. … In this race for the White House, I am the law and order candidate.

Man was that true. Nothing affects the lives of normal people, people without power more than high crime rates. And if you haven't lived it. Say a prayer that you never have to, because it's the worst thing you can imagine.

In 2016 Donald Trump understood that. He didn't care about sneering elites in their gated communities, calling him racist. He stood behind law and order policies that made life better for everyone. Everyone of all backgrounds, ethnicities, colors, all Americans. And it worked.

Trump did better than Mitt Romney did with black and Hispanic voters. And that's part of the reason. -- And that could happen again by the way.

Bloomberg is on his apology tour because apparently thinks he has to say it because he wants to win non-white voters, but apparently, he hasn't looked at the real numbers.

Data for Progress polled Democratic voters about their feelings on Mike Bloomberg.  When they brought up the question of stop & frisk the only group that didn't like it was white Democrats.

It's not really surprising. Nobody in America of all races like crime, everyone wants the less of it. The only people feel differently are white liberals.

So why are they bossing us around? We shouldn't let them. But for some reason, the Republican Party is doing exactly that when they cede stop & frisk to the left.

Where is this going exactly? Four years from now will Republicans be denouncing bans on public urination as "bigotry?"

Please. All Americans deserve to live in a safe, clean, law-abiding, pleasant country.

If there's any reason to vote for Republicans, it's because they stand up for that. And when they cease standing up for that, what's the point?