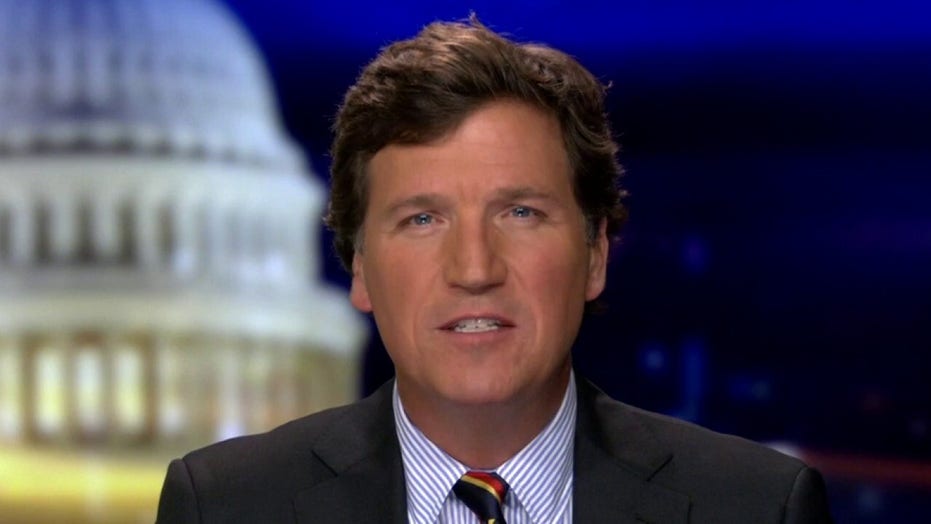 Tucker: The key difference between 'equality' and 'equity'

Six weeks into the Biden administration and there still has been no solo press conference from the president. That is the longest stretch of silence from any new president in at least a century. By refusing to speak directly to the media, Joe Biden is attacking our most cherished democratic norms. Even CNN is complaining about it.

We would echo those complaints if we really cared, but we’re happy to listen to Joe Biden’s flacks and mouthpieces explain why he bombed Syria, why he blocked the passage of a $15 minimum wage, and why Dr. Seuss is racist.

In their spare time, Joe Biden’s scribes produce an awful lot of presidential proclamations. One of his very first proclamation was entitled "An Executive Order on Advancing Racial Equity and Support for Underserved Communities Through the Federal Government."

This was the document that introduced the administration's new equity plan, which is going to "eliminate systemic barriers to opportunities and benefits for people of color and other underserved groups." It's quite a mouthful, but what does it mean? Has anyone asked what it means or did everyone in Washington graduate from Yale and thus intuitively understands sloppy, meaningless words like this?

The rest of us might still like to know what a "systemic" barrier is and how Joe Biden plans to eliminate it. That's easy, with equity, of course. But that raises a whole new question: What exactly is equity and how is it different from equality, the central principle this country was founded on?

Well, the first thing to know about equality is that it's designed to challenge power. Equity, by contrast, is designed to protect power. Equity is what the British monarchy had. Equality is what the American colonists wanted. Equality is what allowed Andrew Jackson to rise from a childhood of bitter poverty in the Carolina woods and make it all the way to the White House. Andrew Jackson was tough, smart and energetic. He lived a remarkable life, and America rewarded him for it. That's equality.

Equity is the opposite. Equity is what allowed Kamala Harris, the privileged child of two PhDs, to stay privileged and become one of the most powerful people on the planet, despite having achieved nothing impressive or worthwhile over the span of 56 years.

Equality challenges power. Equity protects power. That principle has never been on starker display than in the case of the teachers unions, which are some of the most powerful institutions in America. They are using the term "equity" to justify their own prerogatives as they hurt the weak -- in this case, school children and their increasingly desperate parents.

For months, parents whose kids use public education in Los Angeles have been begging Cecily Myart-Cruz, the president of the local teachers' union and an equity promoter, to reopen the schools. Cruz responded by demanding that those parents shut up immediately. Those parents, she explained, have the wrong skin color.

CECILY MYART-CRUZ: Some voices are being allowed to speak louder than others. We have to call out the privilege behind the largely White wealthy parents driving the push for a rushed return. Their experience of this pandemic is not our students' families' experiences.

"We have to call out the privilege," says the lady who can literally never be fired from her job, no matter how she acts. Never mind the 100% increase in suicides among school-aged children, Cecily Myart-Cruz is not interested in that. She's interested in equity, which means she's interested in protecting her own unearned privilege by attacking the people below her.

TUCKER: LOCKDOWNS ARE KILLING OUR CHILDREN AND EVERYONE KNOWS IT -- INCLUDING TEACHERS' UNIONS

What do the parents and children being attacked think of this? Myart-Cruz wouldn't think to ask them because she doesn't care. So Tuesday, Fox Los Angeles reporter Bill Melugin stepped up and asked them himself.

"It's almost like minority families want the schools to open more than anybody else," one Black parent told Melugin, "and the reason I say that is because education, for us, for our culture, this is their way out of poverty. So every day that our children is not in school, that's just a day closer to poverty for them."

Youth football coach Lamar Freeman told Melugin that every parent he spoke to wants his or her kids back in class. These parents are not racists, they just want their kids educated.

"Most of my kids before the pandemic, we had 80% honor roll grades," Freeman said. "Since distance learning and Zoom calls, it has it dropped to maybe about 20%, like most of my As and Bs kids are getting Ds and Cs."

CNN CALLED OUT FOR TONE SHIFT ON BIDEN REOPENING SCHOOLS

So purely because the most privileged government workers in the United States won't work, an entire generation of children is being destroyed. That's equity: The strong hurt the weak and call it justice. Everyone who thinks about this, even for a moment. knows that it's true. That's why you never hear equity debated or even defined. They won't define the term because they can't defend its definition.

Instead, they bully the population into silence. Cecily Myart-Cruz and her ilk are doing that right now.

The Daily Caller has obtained a recent email sent from someone who identifies himself as an employee of the Los Angeles teachers' union to a mother who was publicly calling out for the reopening of schools in Los Angeles.

"I'm working on a research project on who speaks on LAUSD [Los Angeles Unified School District] issues in the LA Times and coding for race and class," the email reads. "You are quoted twice in the last eight months ... Could you tell me how you racially self-identify or point me to a citation on your identity?"

What could possibly be the point of this? Why would a parent's skin color be relevant in any to what is supposed to be a medical question? There’s only one point to this: Racial intimidation. We saw you complained, tell us your race. How is that not a violation of our civil rights laws?

Of course, it will never be prosecuted or even criticized by anyone in power because the teachers' union is doing it and they're doing it in the name of equity. The hunt for White supremacy justifies all, including injuring children and scaring their parents into silence.

This article is adapted from Tucker Carlson's opening commentary on the March 3, 2021 edition of "Tucker Carlson Tonight."