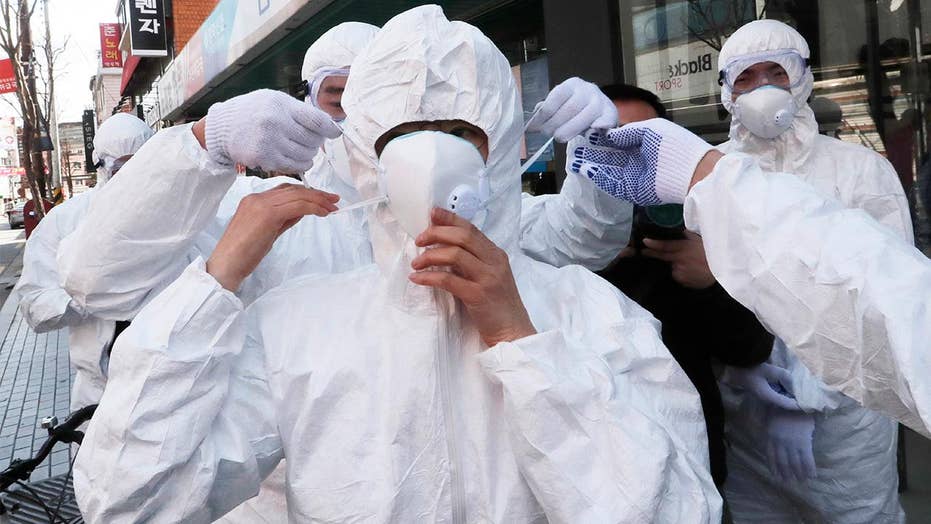 On today’s episode of ‘Tucker Carlson Tonight', Tucker follows a second case of the coronavirus with an unknown origin; meanwhile, Sen. Bernie Sanders refuses to answer how much his plans will cost.

In early February, a group of lawmakers in South Dakota tried to pass a bill to ban radical medical experimentation on young children. Under heavy pressure from business groups like the Chamber of Commerce, the Republican-dominated legislature voted it down.

Why would they do such a thing? Well, as you've probably guessed by now, it's because conducting radical experiments on children is popular now. These experiments are justified in the name of transgenderism.

It used to be that everyone agreed with this. It was common sense. Adults are free to do what they want. But if you’re fifteen, or nine, or ten, you’re too young to consent to sex – so you’re also too young to have your sex organs cut off.

Simple, right? But that reticence to mutilate children, which was once morally obvious, is now seen as bigoted.

As the transgender movement has grown, activists have pushed to transition children at younger and younger ages. For children with gender dysphoria at a sufficiently young age, it has now become common to place children on drugs like Lupron, which suppress hormone production and thereby block the onset of puberty.

Are puberty blockers safe? The answer, it turns out, is "we have no idea."  Lupron was initially developed to treat advanced prostate cancer in elderly men, where severe or long-term side effects were less of a concern. The drug has also been used to treat precocious puberty, a rare and harmful condition where children as young as five undergo premature hormonal changes.

But what's the effect of blocking puberty, possibly for years, on children who don't have any real medical reason to do so? We don't know. Activists claim the drugs’ effects are “fully reversible.” But that’s not obvious at all. Besides delaying physical maturity, Lupron also affects bone density. There are thousands, literally thousands, of young adults who took Lupron as children and now have to battle with bone and joint problems more common in the elderly. A few small studies also indicate that, when used to arrest puberty, Lupron can lower a child’s IQ by seven to nine points. If that’s really the case, it wouldn’t be a surprise, as puberty is crucial to completing the brain’s development.

And speaking of the brain, the rush to place children on puberty blockers is justified on the grounds of psychological health. Gender dysphoric kids who can’t go on hormones right away, we’re told, will likely become depressed or suicidal. But depression is, in fact, a known side effect of puberty blockers.

In a recent UK study, after a year on puberty blockers, children were dramatically more likely to agree with the statement “I deliberately try to hurt or kill myself.”

So far, there are zero long-term studies looking at the physical or mental impact of healthy children going on puberty blockers, whether they later go through a full sex change or not. Similarly, we know almost nothing about the long-term prognosis for children who undergo full physical transitions. It’s simply too new.

We do have studies, though, on what happens to gender-dysphoric children who don’t receive puberty blockers. In about 80 percent of cases, boys who wish they were girls or girls who wish they were boys, eventually get over it and turn out fine, with no radical treatments necessary.

As adults, many of them turn out to be gay or bisexual, but they still identify with their biological sex and don’t want sex-change surgery. Rationally, then, most if not all children with gender dysphoria should wait until adulthood to transition.

Otherwise, the vast majority of them will get expensive, invasive, possibly irreversible treatments they never needed and, in the end, wouldn’t have even wanted. But activists can’t wait for adulthood. They want any children with gender dysphoria to be pushed into a full transition as quickly as possible. In other words, they want doctors to carry out a vast human experiment, with this nation’s children as subjects.

And it really is a vast experiment. In 2009, the UK’s Gender Identity Development Service, or GIDS, received 77 referrals for child gender dysphoria. A decade later, they received almost 2,600, an increase of more than three thousand percent.

Notably, while a decade ago most gender dysphoric children were biologically male, today a majority are biologically female. What’s going on? It seems worth investigating, and despite the professional risks, some have done so.

In 2018, Brown University researcher Lisa Littman found that many teenaged girls are abruptly identifying as “transgender” after seeing a friend do so, or after being exposed to pro-trans material online. In other words, impressionable teen girls may literally be taking part in a fad, one that involves irreversible surgery at the end of it. Here’s a terrifying quote from The Times, a mainstream British newspaper:

“Thirty-five [GIDS clinicians] have resigned in the past three years, many alarmed by the rush to medicalisation and the way … Instagram trans influencers and the CBBC programme I Am Leo present transition as uncomplicated. They say they are seeing girls with a panoply of other issues — anxiety, depression, self-harm, undiagnosed autism, victims of homophobic bullying and sexual abuse — for whom transition to a male body was presented online as the universal panacea. Often a normal, tom-boyish disgust at their new breasts, eliciting sudden and unwanted sexual attention from men, is interpreted as a certainty that they are in the ‘wrong body.’ Yet instead of interrogating these underlying issues, clinicians are told to ‘affirm’ a young person’s ‘trans identity’ and prescribe the puberty blockers that trans campaigners fiercely insist are their right.”

At this moment, 19 U.S. states ban so-called "conversion therapy" for minors. That's a therapy that claims it's possible for gay people to become heterosexual. They’ve banned it, even if it involves no surgery, no medication, no physical treatments at all, on the grounds that it doesn’t work, and could drive gay teenagers into depression or suicide.

In effect, those states have said that if you want to provide a risky elective therapy, with no proof it will work, you must wait until a child has become an adult.

Similarly, many states ban minors from getting tattoos. They’re permanent and possibly life-altering, so children should wait until adulthood to make that choice.

But on the far more radical treatments used for transgenderism, states are doing nothing. South Dakota lawmakers had the chance to say “no,” and spare their children from this insanity. But they declined.

Why? Well, the State Chamber of Commerce attacked the bill. They said it threatened the state’s “economic development,” and apparently, Republicans in South Dakota agreed. And it really was Republicans.

The South Dakota House has 59 Republicans and 11 Democrats. The Senate is 30 Republicans to 5 Democrats. And a bill to protect children from experimentation still failed. Remember that.

Republicans will do almost anything to protect businesses’ access to cheap labor. But your children? They’re fine sacrificing them.