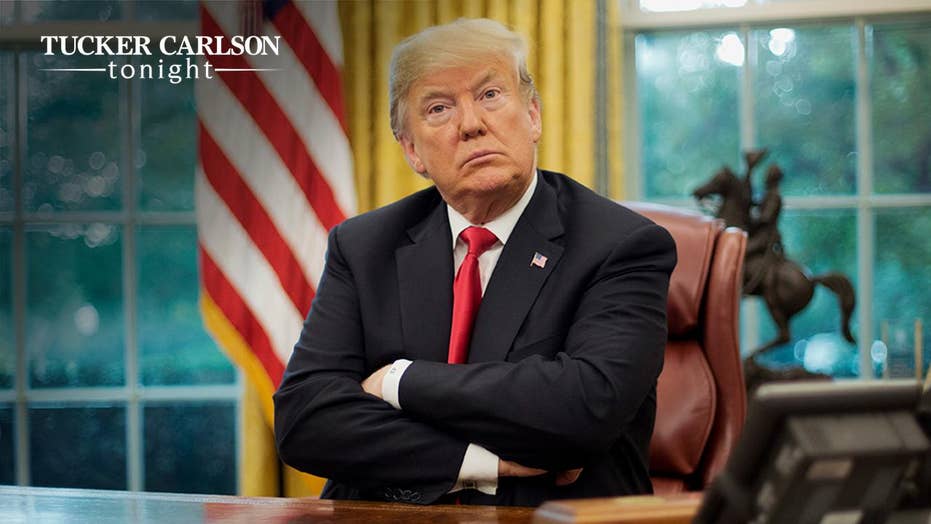 There was an unexpected and kind of amazing moment at the White House Thursday.

Kanye West, the rapper, showed up in the Oval Office and proceeded to give what amounted to effectively a campaign speech while sitting directly across from the president of the United States and while pounding on the presidential desk.

You've likely already seen pictures of what happened. It's everywhere. And the scene may have confused you. You might have concluded it was a publicity stunt staged by famous people in order to become more famous.

You may have found yourself muttering about the debased and the celebrity-centered focus of our public discourse these days. You may even have felt a little sad knowing that the dignified country you grew up in is gone for good.

You can be forgiven for reaching those conclusions. But they're not the whole story of what happened today. Believe it or not, Kanye West said some genuinely interesting things this afternoon, things we ought to be talking about in public but are not.

He'll probably destroy his career for saying them. He'll certainly be despised by many of his former friends. But before any of that happens, let's consider what he actually said. We'll go with the most offensive things first.

"You know, people expect that if you're Black you have to be Democrat.  I've had conversations that basically said that welfare is the reason why a lot of black people end up being Democrat. They say, you know, first of all, it's a limited amount of jobs. So the - the fathers lose the jobs, and they say, ‘We'll give you more money for having more kids in your home.’ I think it's the bravery that helps you beat this game called life. … You know, they tried to scare me to not wear this hat, my own friends. But this hat, it gives me - it gives me power, in a way. You know, my dad and my mom separated, so I didn't have a lot of male energy in my home.

You know, I love Hillary. I love everyone, right? But the campaign ‘I'm with her’ just didn't make me feel, as a guy, that didn't get to see my dad all the time -- like a guy that could play catch with his son.”

She didn't make me feel like a guy who could play catch with his son. West didn't explain exactly what he meant by that. And yet, at the very same time, he could not have put it more precisely or more poignantly.

He grew up in a party whose policies have systematically destroyed the American family, especially in poor neighborhoods. I didn't have a lot of male energy in my home, West said, with obvious sadness.

Millions of American kids know exactly what he is talking about.

The Democratic Party won't acknowledge these kids or their loss. To party leaders, fathers in the home are at best irrelevant. At worse, they're an impediment to political power. Married women tend to vote Republican and they know that.

When prominent Democrats attack the patriarchy, what they're attacking is fathers. When they wage war on toxic masculinity, what they're trying to suppress is masculinity itself. Everybody knows this. Few are brave enough to say it out loud.

West essentially did. And then he kept going. Here’s more:

“So, and that's a move. One of the moves that I love that liberals try to do, the liberal would try to control a black person through the concept of racism, because they know that we are very proud, emotional people. So when I said "I like Trump" to, like, someone that's liberal, they'll say, "Oh, but he's racist." You think racism could control me? Oh, they don't stop me. That's an invisible wall.

"You think racism can control me? It's an invisible wall. The reporters looking on seem stunned, even betrayed. And then, just to rub it in, West went on to defend the Bill of Rights, when asked by a reporter about gun violence and the Second Amendment:

What do we make of all of this?

Well, obviously, just from watching, you can tell that Kanye West is an eccentric guy. He meanders. He talks like someone who's never had to filter his thoughts, which he probably never has had to do.

But much like someone else who comes to mind, West may be precisely crazy enough to think for himself, and that's a valuable quality right now. No consultant advised him to say any of that. Clearly, nobody controls him. Sometimes, he doesn't control himself.

But listen carefully to what he said. Sprinkled throughout his ramblings are flashes of truth, real insights into the way the world actually is rather than the way they tell us it is. Nobody else is allowed to talk this way. Go ahead and try it at work. You'll get fired.

West doesn't care. And that makes him dangerous to a system that is based almost entirely on piety and lying. If you're benefiting from a system like that, Kanye West must be crushed.

Here's the math of it. The Democratic presidential candidates, everyone who runs, needs to get almost the entire black vote in order to win a national election. That's not easy to do. So, in order to do it, Democrats sell racial division.

They pit Americans against each other based on their ethnicity. You can't support them. They're the wrong color. You hear that all the time. It's now the essential Democratic argument. It's destructive. But more ominously for Democrats, it may no longer be working.

A poll by Public Broadcasting just last week found that Trump's approval rating with Hispanic voters is 41 percent. That's higher than it is with college-educated white voters.

If anything like that ever happened among African-American voters, the game would be over. So, that can't happen. Kanye West must be destroyed. And so the thought police swooped in almost immediately to arrest this disobedient artist and declare him incompetent.

Here’s a sample of what anchors on other cable news networks and even a Congresswoman from California said after watching Kanye in the Oval Office:

ALI VELSHI, CANADIAN TELEVISION JOURNALIST, NBC NEWS SENIOR ECONOMIC AND BUSINESS CORRESPONDENT, CO-ANCHOR OF VELSHI & RUHLE ON MSNBC: Wow. OK. I'm doing this for everybody who's watching us who turned their volume down, you can put it back up again. That was bonkers.

STEPHANIE LEIGH RUHLE, NBC NEWS CORRESPONDENT, ANCHOR, MSNBC LIVE: But if you think you're going to get a thoughtful play by play and political analysis, you're not because that was an assault on our White House.

KAREN LORRAINE JACQUELINE SPEIER, U.S. REPRESENTATIVE, CALIFORNIA'S 14TH CONGRESSIONAL DISTRICT: It was a combination of stream of consciousness. I felt like I was sitting in on a psychiatric visit and a commercial for Donald Trump.

Yes, shut up Kanye. You're crazy. Keep in mind this is coming from the same people who believed Hillary Clinton is entirely well, indeed a serious person. They're hoping this works, this crazy stuff, and that you believe them.

And just in case you don't, they want to remind you that Kanye West is a race traitor as Don Lemon just said who has a low IQ. Here was what happened on CNN on Tuesday night:

BAKARI SELLERS, AMERICAN POLITICIAN, ATTORNEY: Kanye West is what happens when Negroes don't read. And - and we have this now. And now, Donald Trump is going to use it and pervert it and he's going to have somebody who can stand with him and take pictures.

TARA OLIVIA SETMAYER, CNN POLITICAL COMMENTATOR, ABC NEWS CONTRIBUTOR, FORMER GOP COMMUNICATIONS DIRECTOR ON CAPITOL HILL: Kanye because he's put on a MAGA hat and he's an attention whore, like the President, he's all of a sudden now the model spokesperson. He's the token Negro of the of the Trump Administration.

Got that? He can't read because he's the N-word. That's what the liberals on a liberal cable channel are now telling you. But they have no choice. They are terrified you will listen to what Kanye West is saying, and that's not allowed.