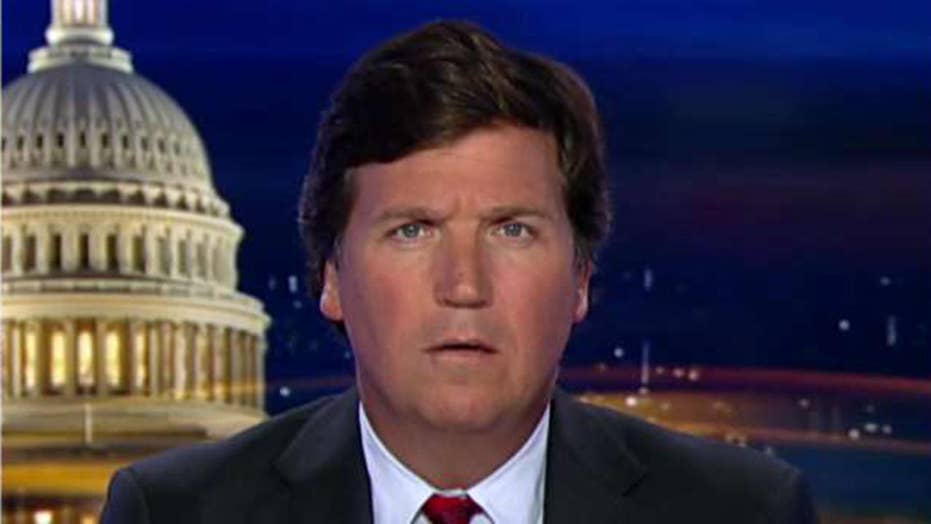 Tucker: What do you know about Kamala Harris?

Here's a quick quiz: What exactly do you know about Kamala Harris? Can you name three things she believes? Can you name a single thing she has accomplished?

If you're like most Americans, you cannot. You have no real idea who Kamala Harris is.

The one thing you know about Harris is that she could very easily become the president of the United States, and you know this because you've been told it confidently again and again, by geniuses on television.

Joy Reid, MSNBC host: The name I'm hearing now -- there was a sheet of people, sort of survey, of prominent women in politics. Number one name of the person that's on people's minds, Kamala Harris.

Lawrence O'Donnell, MSNBC host: The politician she reminded me of most then was Barack Obama. Kamala Harris is now running for president. And she is one of the top tier candidates.

Chris Matthews, MSNBC host: There's a new challenger to Trump and she is drawing huge crowds, Senator Kamala Harris of California kicked off her campaign this week and surrounded by -- look at that crowd. Trump must be envious as hell.

Every word a cliche, these people are so stupid. It's remarkable they can breathe unaided, much less have paying jobs.

But whatever. The story they're telling you is Kamala Harris, she is a star -- destined for big things. She is like Obama 2.0, even more woke, with even more diversity points. Out there in America, they love Kamala Harris. She's a folk hero. She's like Pete Seeger.

For eight months, they've tried to cram that story down your throat, and at times, it looked almost semi-plausible if you closed one eye.

The Washington Post rushed to the rescue: "Kamala Harris's takedown of Joe Biden was more brutal than it seems." Look at the headline, yes, brutal. She has dominated the guy. It's so ludicrous.

It turns out she didn't actually dominate anybody, and she is not dominating anybody. A new poll from California, obviously her home state which she represents in the United States Senate, shows Harris way at the back of the pack. She has now dropped into fifth place. She's polling at six percent. How bad is that? Well, here's some perspective.

Kamala Harris embodies everything that is grating and unlikable about neoliberals -- mindless children of privilege who sneer at those below them for not obeying.

As of today, Kamala Harris is losing to Andrew Yang, the anti-circumcision candidate. And by the way, she ought to be losing to Andrew Yang. Whatever you think of Yang's ideas, Andrew Yang is smart. He is original. He is totally genuine. Harris is the opposite. She is a soulless, corporate shill who hasn't uttered a single authentic word since entering public life.

Harris, by the way, is the daughter of a Stanford professor, which is great -- good for her. And yet she somehow pretends she overcame segregation.

Right. As Tulsi Gabbard pointed out, Harris is also a former prosecutor. She put others in jail for marijuana, but she now brags about smoking weed herself and listening to rap because she's "cool."

In other words, Harris embodies everything that is grating and unlikable about neoliberals -- mindless children of privilege who sneer at those below them for not obeying. It turns out even a lot of faithful Democratic voters find the whole thing totally unbearable because it is unbearable. I mean, really.

Mercifully, it looks like the Kamala Harris campaign is doomed to dry up and blow away, and that can't come too soon. Even the press appears to have abandoned her. Their new crush: Senator Elizabeth Warren of Massachusetts. They could not get enough of her taking hours of selfies -- "4,000 selfies" -- with supporters after one campaign event.

Poppy Harlow, CNN anchor: How consequential was that rally last night? Not just what she said, but the four hours of selfies afterward. We are just learning the senator took some 4,000 selfies.

Don Lemon, CNN anchor: She was out there taking selfies. People waited for hours there to take selfies.

Oh, they are in love. Warren. they are telling you, is a rising star and actually that's true. She's, in fact, the frontrunner in the Democratic race. Technically, Joe Biden is polling in first place, but nobody expects that to last. Even Jimmy Carter has given up on Joe Biden.

"I hope there is an age limit," he said recently. "You know, if I were just 80 years old, if I was 15 years younger, I don't believe I could undertake the duties that I experienced when I was president. For one thing, you have to be very flexible with your mind. You have to be able to go from one sector to another and concentrate on each one adequately." 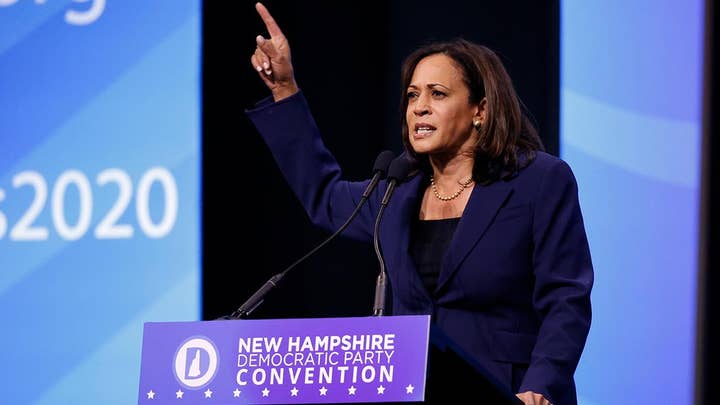 You have to be able to concentrate, unlike Joe Biden. Not a subtle dig.

Elizabeth Warren, by the way, would be over 75 years old by the end of her first term if she is elected president, and yet she would still be way younger than Joe Biden or Bernie Sanders.

So as if tonight, it looks like Elizabeth Warren by default. But who knows? Now that the press has anointed her, Warren may be doomed, too. That's never a good sign.