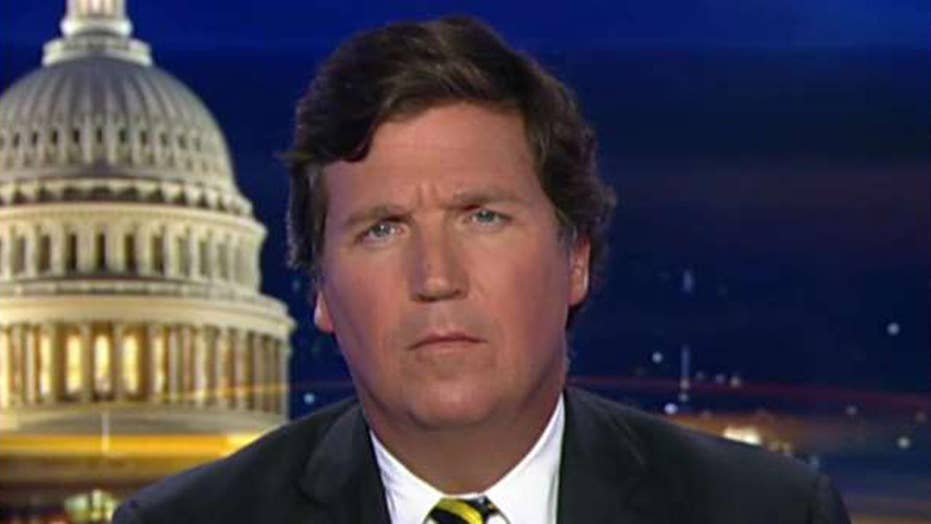 Canadian Prime Minister Justin Trudeau got caught wearing blackface and a lot of people are pretending to be very, very surprised. But were you really surprised? In fact, you probably could have guessed it, actually.

The virtue is always a cover for the sin. That's the key to understanding the modern left. Whatever they're accusing you of doing, they are doing themselves but more enthusiastically. And that's definitely the story of Justin Trudeau.

Like your brother-in-law with the ponytail, Trudeau brags about being a feminist. You use the wrong word in his presence, and he'll launch into a self-righteous lecture.

Justin Trudeau may be the most sanctimonious head of state on planet Earth. So, of course he was leading a secret life as a racist. That's why he's so sanctimonious, so you won't notice.

It turns out there are now at least three separate instances of Justin Trudeau wearing blackface. And as he conceded on Thursday, there could absolutely be more.

Reporter: You left us with the impression there was only one other incident and since then, Global News has released a video which seems to show that there was at least a third incident. So, exactly how many times have you darkened your skin with makeup in an act that you have yourself described as "racist"?

Justin Trudeau, Canadian Prime Minister: I shared the moments that I recollected, but I recognize that it is something absolutely unacceptable to do. And yes, I appreciate calling it makeup, but it was blackface.

Not acceptable, but you, Justin Trudeau, did it at least three times, maybe more. Viewers, how many times have you worn blackface? Probably right around zero. Try not to be judgy here or anything, but even adjusting for youthful indiscretion, that's three times on camera. That's a lot. It's an awful lot, actually.

What's going on with Justin Trudeau? Well, it turns out -- and he explained this -- that Justin Trudeau suffers from an especially virulent case of something called "privilege."

"I have always acknowledged that I come from a place of privilege," he said. "But I now need to acknowledge that that comes with a massive blind spot."

Uh-huh. Got that? White privilege is the problem here. That's Trudeau's explanation. If you're not listening carefully, it might sound like Justin Trudeau just took responsibility for what he did.

Oh, but no, just the opposite. He transferred it. When Trudeau blames privilege, he is moving responsibility for what he did from himself to the rest of us. In other words, I did something awful because society itself is rotten. Therefore -- and this is the key -- therefore, I need to keep telling you how to live your life.

It's not a confession. It's a justification. And the only people dumb enough to buy it are the news media, of course, -- the dumbest people in the world. Over at CNN, for example, Don Lemon was deeply impressed.

Don Lemon, CNN anchor: Wow, a leader apologizing. It seems odd, doesn't it? I mean, because we have one who doesn't. But he [Trudeau] says, you know, he didn't think it was racist at the time. Now, he knows better. What do you think of that?

But I do have to say this before we go, think about it. However you want to think about it, when someone apologizes -- wow. We don't often see that here, especially a world leader who is saying I should have known better, and I'm sorry. You can feel about it however you want. But that to me, that does mean a lot. I've got to go. Thank you.

It means "a lot" to Don Lemon. It really does. What a difference a year makes. If you can, remember back all the way back to when Megyn Kelly of NBC found herself under attack in pretty much the same way. The difference was that Megyn Kelly never wore blackface. She wouldn't do that. She is not Justin Trudeau.

She made the mistake of not seeming quite offended enough in a TV segment by certain Halloween costumes. For that crime, Don Lemon told us she must be destroyed.

"I'm just going to be honest. Megyn is 47 years old. She is our age," he told Chris Cuomo on the air in October 2018. "There has never been a time in that -- in her 47 years -- that blackface has been acceptable. I wonder how much diversity she has on her staff. I don't know; I'm not there. But I would imagine there's not a lot because people would have informed her. This is what people of the larger culture don't understand about racism and about privilege."

Keep in mind -- and this is universally true. It was true of Jimmy Swaggart. It is true of Justin Trudeau, and probably true with Don Lemon. The more sanctimonious you are, the more you're hiding.

You want to know who is up to no good? Look at the people who are tugging their chin and saying, "Oh, I would never do that." And yet suddenly Don Lemon went from that -- "I wonder how much diversity she has on her staff" -- to "Oh, I'm so glad that Justin said sorry."

Did Don Lemon have a change of heart? Is he now a forgiving man? Or could it be that because Justin Trudeau is a powerful leader on the left, he gets a pass, no matter what he does? I think you know the answer because, of course, you've seen it before.

Earlier this year, the governor of Virginia, Ralph Northam was caught wearing blackface -- actually it was a Klan hood. He still won't tell us which it was. But whatever it was, he was wearing -- blackface or a Klan hood -- Northam, a liberal Democrat, decided he didn't need to resign over it. 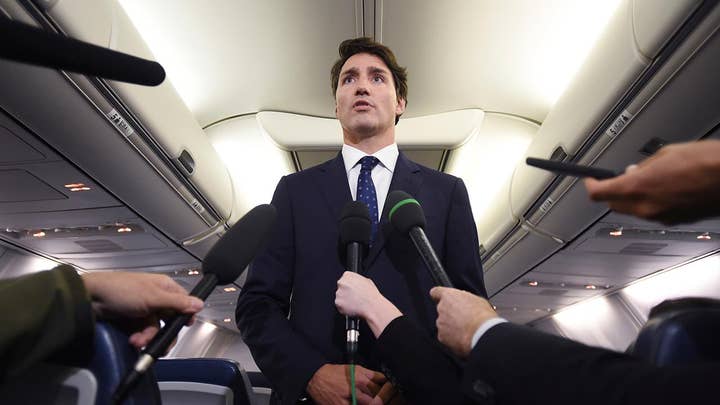 In other words, Northam himself wasn't guilty of anything, blackface or a Klan hood. It was the people of Virginia who are responsible. They had the collective guilt and that guilt can only be expiated by giving Ralph Northam more power. Because that's what it's always about -- always. It's about power.

When you make a mistake, it means you're a sinner, and you must be damned. You probably don't have enough diversity in your offices, says Don Lemon. But when they screw up, it's society's fault, meaning it's your fault. So they've got you coming and going.

It's pretty nice, actually. It's a good trick. Being woke means never having to say you're sorry.