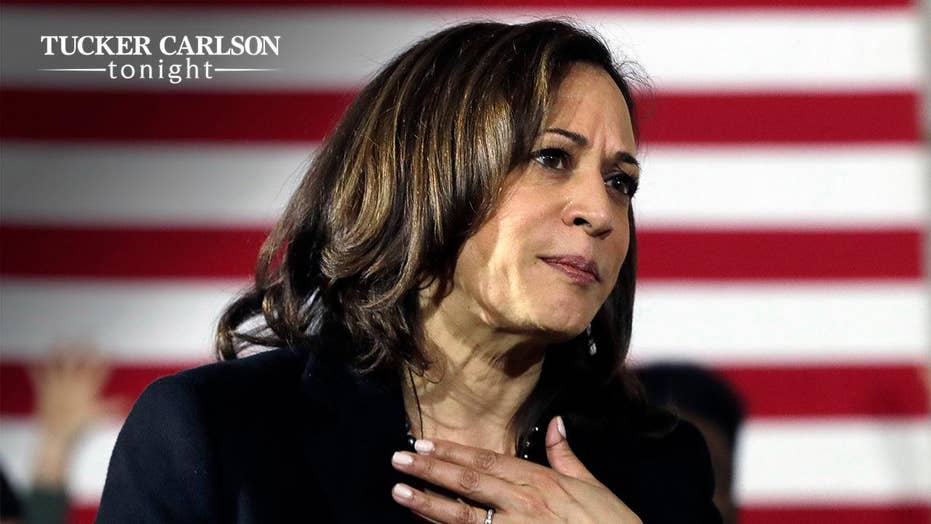 There is at least one big unanswered question in the case of Jussie Smollett on Thursday night. Why did this happen? Why would a popular actor on a network TV show, someone who is rich, successful and famous, pay people to assault him and risk going to jail in the process?

Well, at a press conference in Chicago today, the Police Superintendent wondered the same thing. He said this: “I'm left hanging my head and asking why.  Why would anyone, especially an African-American man use the symbolism of a noose to make false accusations?  How could someone look at the hatred and suffering associated with that symbol and see an opportunity to manipulate that symbol to further his own public profile?

That's a fair question. What Smollett allegedly did was not simply illegal and weird, it was terrible for the country. So why did he do it?

Well, the short answer appears to be he wanted a raise at work and he thought this would get him that.

The broader answer, the one that we should all think about and meditate on is that Smollett was simply responding to the incentives that American society has created for him.

Smollett pretended to be a victim because we reward victims.  We've decided that it's more heroic to suffer than it is to achieve.  That's the message of our culture, our politics, and our workplaces.

Jussie Smollett was doing his best to get ahead according to the rules that others made. And in fact, had his hoax succeeded, there is no doubt Smollett would have been richly rewarded for it.  He would probably get a significant bump in pay and an extended segment on "Colbert."  He would have been a hero.

Jussie Smollett was not crazy. He knew exactly what he was doing. Faking a hate crime was an entrepreneurial move.  In modern America, victimhood is power that's why so many powerful people claim it.

So Jussie Smollett was not crazy. He knew exactly what he was doing. Faking a hate crime was an entrepreneurial move.

In modern America, victimhood is power that's why so many powerful people claim it.

That's why Elizabeth Warren pretended to be an American Indian. It's why, at every low point during the entire span of his political career, Barack Obama invoked bias.  That's why so many politicians do the same today.  "I have suffered, you cannot criticize me."

The academic left has constructed an entire theology around the holiness of victimhood, it's called “intersectionality.” It comes with an elaborate ratings system in which every group in America is assessed according to how much it has suffered.

The more your group says it has been discriminated against, the more moral authority you receive. It's a pretty good deal for a lot of people and they have no interest in changing it, and that explains why so many on the left initially jumped to Jussie Smollett's defense. They weren't simply defending him. They were defending identity politics.

We could give you any number of examples of this, but we will skip ahead to the most nauseating one of all.  Here’s anchor Robin Roberts of ABC “News” interviewing Smollett. Watch her beam with joy after Smollett finishes the most dishonest performance of his life and then tell him his lies are beautiful.

Jussie Smollett: “I still want to believe, with everything that happened, that there is something called justice.  Because if I stop believing that, then what's it all for?

"Thank you, Jussie."  Well, before he claimed that white supremacists beat him up on the street, most people had never heard of Jussie Smollett. And after he became a victim, everybody wanted to be his friend.

Here is Don Lemon over at CNN bragging about how he texts his new pal, Jussie every single day. He has gotten Jussie's cell number. That's how close they are. Really tight. Here’s what he said on CNN in this exchange;

Don Lemon, Anchor, CNN: My concern is for him.

UNIDENTIFIED FEMALE: “I want to know how you are. That you are okay.”

LEMON: That you are okay. And if you need somebody, you can talk to me because there is not a lot of us out there.

UNIDENTIFIED FEMALE: A lot of us --

"You can talk to me," Don Lemon says, “because there aren't a lot of us out there.” Well, here is the translation: "Us" means people who have been oppressed in the ways that Jussie Smollett has been oppressed.

Lemon is letting you know that he is in that group, too.  Yes, he is a highly paid news anchor with his own TV show, and yet, like Jussie Smollett, Don Lemon is a holy victim.

So there is a mad scramble over who is the victim here. Who is the victim?  Well, there is one.  What Smollett did was not a victimless crime. There is no such thing as that. An entire group of people did get slandered by this hoax. Regular people from outside the coastal cities. People with the wrong political beliefs and the wrong skin color.

Smollett and his many defenders savagely attacked these people and they are not apologizing for doing it. Instead they are telling you -- you hear this everywhere -- that the real losers here are the authentic victims of hate crimes who won't be believed the next time. OK. That's fine.

But what about the innocent Americans they just poured venom on for two weeks because it matched some bigoted stereotypes they had about Middle America? What about them? There is no mention of them.

Don Lemon was very likely to keep up those attacks on those people, attacking them allows him to feel oppressed. That is why when Smollett was finally caught, Lemon reacted in a very puzzling way. He didn't seem especially concerned that his buddy had lied to further divide the country, to hurt America (which he did), no, that wasn't the real problem. The real problem, according to Don Lemon is that Smollett's arrest might discredit the cult of victimhood.

Yes, because when you tell the truth about a hate hoax, you are the real hater. What's the cost of this attitude so floridly on display to our society?  What does it do to us?  Well, think of it this way. What would happen to your kids if you woke them up every morning by telling them that they were victims? No matter how hard they worked, people would always hate them just for who they are? What if did you that? Would that be good parenting? Would it make your kids stronger, happier, and more successful?

No, it wouldn't and good parents would never do that. Good parents tell their kids to take responsibility for their lives, not to blame others, to work as hard as they can to overcome obstacles. That's what good parents, of all of races and all background, tell their kids.

And if you don't believe it, just ask 10 well-adjusted accomplished people if their parents allowed them to feel like victims. Again, it doesn't matter where they are from or what they look like. Ask them. Did your parents tell you, you are a victim and not one of them will say "yes."

And yet, we tell our citizens just the opposite. And you see the effects very clearly. In the workplace, for example, in the years after the 2008 recession, there was an enormous surge of claims of workplace bias of all kinds. There is still no evidence that bigotry itself increased at all during those years. And yet, when people felt threatened by a teetering economy, they knew that claiming victimhood status would give them an advantage.

Can you blame them? No, you really can't. Not really. They didn't write the rules of our society.  They are just following the rules that people like Don Lemon wrote but at great cost.