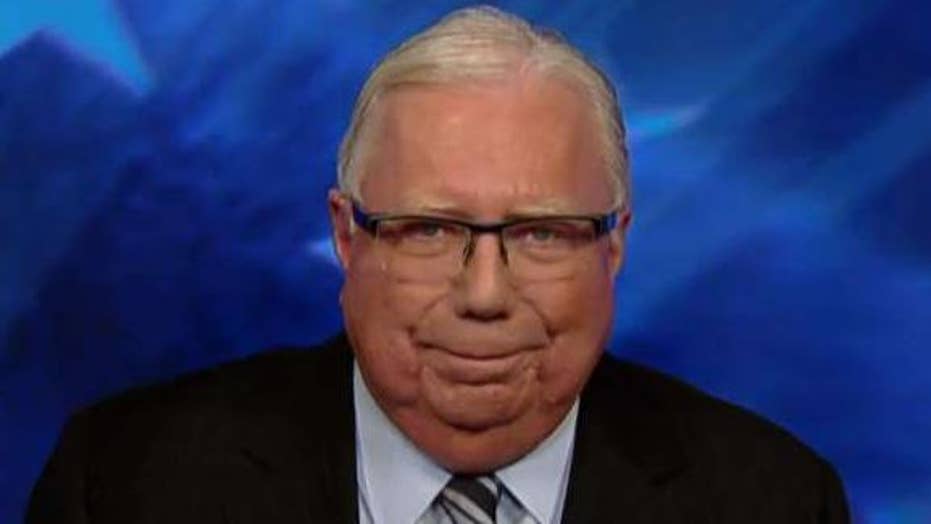 Jerome Corsi addresses charges against him in Mueller probe.

Jerome Corsi is 72-years-old. He has a Ph.D. in political science from Harvard. He has written two New York Times bestsellers about politics. He is the kind of person who could, and probably should be happily retired by now. Instead, he's facing felony charges from Robert Mueller.

Earlier this year, the independent counsel

subpoenaed Corsi and seized his laptop and personal phone. – They had all of his communications. They know exactly what he did and didn’t say.

In September Corsi was summoned to an interview with prosecutors. They asked him if he'd ever tried to broker a meeting with Julian Assange in London. Corsi responsed, no. “I didn’t want anyone to see Assange.” So the prosecutors left the room to confer after Corsi said that. They returned and informed Corsi that he'd just committed a felony.

On Corsi’s laptop was an email chain -- from more than two years before -- in which he had been asked to contact Assange. Corsi forwarded that email to someone else.

Nothing ever came of any of this.

And, again, the Independent Counsel would know, because they have Corsi’s laptop and phone. They know that Corsi never left the United States and never spoke to Julian Assange.

Corsi said he forgot all about forwarding the email.

For the crime of forgetting, he is facing bankruptcy and imprisonment.

So ask yourself this question. How would any of us fare under this standard?

How would Robert Mueller fare under the same standard he set up for Jerome Corsi? Mueller is 74-years-old. What if the next special prosecutor seized his personal computer and interrogated him about every email he'd ever sent -- or forwarded -- going back years?

He'd probably be able to remember some of it. But all of it, to the letter?

Keep in mind, the slightest mistake would mean prison time.

Would that be justice? Or would it be its opposite?