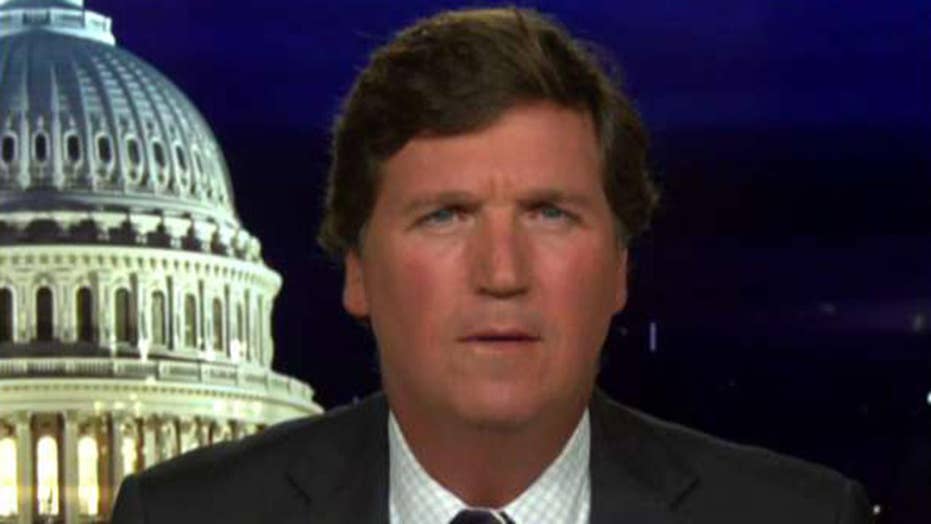 For almost three years, the leadership of the Democratic Party in Congress resisted calls from its politically-inflamed base to impeach President Trump. Polls showed little support for impeachment among actual voters. They were skeptical of it.

Older members in Congress, like Nancy Pelosi, remembered well what happened the last time the opposition party impeached a sitting president. Republicans did that, you'll remember, back in 1998. And in the end, the only winner in that saga was Bill Clinton himself. He was supposedly disgraced. But in fact, if you looked at the numbers, he was politically much stronger than he had been before he was impeached.

Pelosi, and not for no reason, told colleagues she worried that impeaching Donald Trump might just get him reelected. And so up until just last week, impeachment seemed like a fading prospect. And then suddenly, out of nowhere, it seemed, with little fanfare and almost no explanation, everything seemed to change.

On Tuesday, Pelosi announced that impeachment proceedings are in fact underway, full-steam ahead.

"Therefore, today, I'm announcing the House of Representatives moving forward with an official impeachment inquiry. I'm directing our six committees to proceed with their investigations under that umbrella of impeachment inquiry. The president must be held accountable. No one is above the law."

The people who sold out your country to China are concerned that President Trump betrayed America somehow. As of this moment, Pelosi's party seems to agree; they are behind her mostly. As Congressman John Lewis of Georgia explained, working to remove an elected president just a year before a Democratic election is in fact, somehow, a defense of democracy, or something like that.

"I believe - I truly believe - the time to begin impeachment proceedings against this president has come," he said before Congress. "To delay or to do otherwise will betray the foundation of our democracy.

Are you confused yet? If so, we don't blame you. If you left town for the week, you may be wondering what the hell is going on exactly.

Impeachment? For years, they told you that Trump was going to be impeached for colluding with Russia, spying for Putin. Then it turned out he didn't do that. The story evaporated into dust and seemed to blow away.

Then just a few days ago, they were grumbling about impeachment again, and they dragged in Corey Lewandowski. Remember him? They brought him to Capitol Hill to make their case. That didn't go well at all.

Rep. Jerrold Nadler, D-N.Y., House Judiciary Committee chairman: And so we ask you, is it correct that as reported in the Mueller report on June 19th, 2017, you met alone in the Oval Office with the president?

Corey Lewandowski, former Trump campaign manager: Did you read the exact language of the report? I don’t have it available to me.

Nadler: I don't think I need to do that. I have limited time. Did you meet alone with the President on that date?

Lewandowski: Congressman, I'd like you to refresh my memory by providing a copy of the report so I can follow along.

Nadler: You don't have a copy with you?

Lewandowski I don't have a copy of the report, congressman.

Nadler You don't have any independent recollection of whether you met with the President on that date.

Lewandowski: Congressman, I'm just trying to find in the Mueller report where it states that.

Nadler: Well, you have it in front of you. I gave you the page number.

Unidentified male: Mr. Chairman, you've got to the clock.

Nadler: No, I don't have to start the clock. He is filibustering.

It didn't take much for Chairman Nadler to collapse live on C- SPAN -- pretty embarrassing. You'd think at some point, Democrats might just decide to run a real presidential campaign in 2020 and beat Donald Trump that way, just like in a democracy. It would have to be more effective than what they're doing now, and the numbers show it.

The risk of democracy is voters might not agree with you. Hillary Clinton learned that the hard way in 2016. And the one thing Democrats don't want to do is to repeat that. Better to remove your opponents by force, if you can. Which brings us to the latest question of impeachment: What exactly is this about?

Nobody has bothered to explain why sending $400 million in military aid to Ukraine is in the interest of the United States. They haven't even thought to explain that. They're too busy yelling about impeachment.

Sorry to laugh in the middle of this -- we've spent all day trying to figure out what is the impeachment story. It's about Ukraine. It's less than a week old. And so you might be forgiven for not understanding why would the president be impeached for a story that the Democrats literally can't explain? What did the president do wrong?

We're going to do our best to tell you the case that they're making. And honestly, as we said, it's confusing and not all that interesting.

Within a sentence, here is what they're saying. They're saying that in a phone call with the president of Ukraine, President  Trump threatened to delay a $400 million military aid package to Ukraine, unless the Ukrainian government agreed to investigate possible criminal activity involving Joe Biden's son. Why Joe Biden's son?

It turns out at that very moment, Joe Biden was President Obama's point man for Ukraine. Oh. So at a certain point during this saga, the gas company in question was investigated. And then in 2016, the Ukrainian prosecutor overseeing that investigation was fired. Apparently, he was fired under pressure from then-Vice President Joe Biden.

Now to the layman, that looks a lot like corruption. What does it have to do with the president being impeached? Well, the accusation is that President Trump suggested that that squelched investigation deserved a second look. And Democrats say that suggestion was an impeachable offense.

Are you following this? Of course, there are plenty of other reasons that the U.S. might not want to send $400 million to Ukraine. It's a notoriously corrupt country, for one thing. What do we get out of it, is another. And by the way, sending military aid to Ukraine may please the neocons in CNN -- Bill Kristol was strongly for it -- but it also greatly increases the chances of conflict with Russia. And of course, that would mean nuclear conflict potentially. What's the point of that, exactly?

Nobody has bothered to explain why sending $400 million in military aid to Ukraine is in the interest of the United States. They haven't even thought to explain that. They're too busy yelling about impeachment. And they're doing it with all the hysterical intensity that has become the hallmark of the modern left.

They have a lot of energy. Too bad, none of it is focused on the country's real problems, and there are a lot of them. We don't want to go through the same litany again, but we will hit on just a couple because they're worth mentioning.

Our national debt is exploding. And that includes credit card debt, by the way. Personal debt at its highest ever measured. We have a war in Afghanistan that we can't seem to win or end.

Our towns outside the big cities are being decimated and desiccated by opioids and suicide. If you haven't been there, drive through and take a look for yourself.  We have basically an open border with Mexico. Tech companies trying to control our freedom of speech.

In many ways, our country is on the wrong track, and people know it. Everybody knows it, Democrats and Republicans. But instead of trying to fix any of that, Democrats want to spend the next year explaining -- and they plan to -- why it was perfectly fair for Joe Biden's ne'er-do-well son to get 600 grand a year from Ukrainian oligarchs. That's totally fine. But it's somehow criminal for Donald Trump to ask about that.

That's the message. Good luck with that. Hard to imagine many voters will be impressed by it.