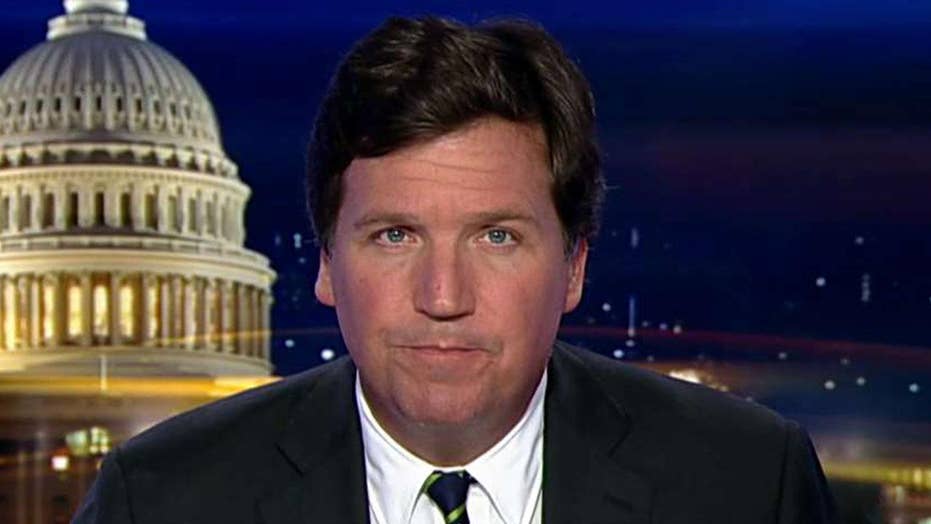 Just on Monday, it was a really different picture in newly volatile Commonwealth of Virginia. At that point, the state's lieutenant governor, Justin Fairfax, fully expected a job promotion, of course, because the governor, Ralph Northam, was found to have a Klan hood on his med school yearbook page.

But that is not how it worked out. Now, Justin Fairfax stands accused of serious wrongdoing. A politics professor from California named Vanessa Tyson says that Fairfax sexually assaulted her in his hotel room at the 2004 Democratic National Convention in Boston. Her description of that is graphic.

Now, Tyson is an active Democrat. She's got degrees from Princeton and University of Chicago. It is not easy to dismiss her claims out of hand, and yet Fairfax is. He says there was a sexual encounter between the two, but he described it as consensual.

Here is the interesting thing: His Democratic colleagues are standing with him and against her tonight. In other words, in the space of just a few months, the standard for believing sexual assault accusers has changed completely.

So here, in case you have forgotten, is how prominent Democrats responded to the unsubstantiated allegations brought against Supreme Court nominee, Brett Kavanaugh:

Here is the interesting thing: Justin Fairfax's Democratic colleagues are standing with him and against his accuser. In other words, in the space of just a few months, the standard for believing sexual assault accusers has changed completely.

"I commend her courage. I believe her," said Sen. Mazie Hirono of Hawaii.

"I could tell you, it really does have ring a truth to it," Sen. Dick Durbin, D-Ill., said.

Senate Minority Leader Chuck Schumer found Ford's allegations "extremely credible." And Sen. Kirsten Gillibrand, D-N.Y., said, "I believe her because she is telling the truth. Someone who is lying does not ask the FBI to investigate their claims. Judge Kavanaugh has not asked to have the FBI review these claims. Is that the reaction of an innocent person? It is not."

"I commend her courage." "She is telling the truth, because she is," said Kirsten Gillibrand at the time. Are they saying that now? No. They no longer believe all women. Not anymore.

Neither does the Washington Post, which, you will remember, was the very first report on Christine Blasey Ford's allegations against Brett Kavanaugh. And in fact, that same newspaper, owned by the richest man in the world, Jeff Bezos, as a vanity project, first investigated the Fairfax story, but strangely decided not to publish it.

It is just a he said-she said story, they said, pushed by some professor out in California. The irony here is unbelievable. But it's definitely not worthy of print. Just so you know the standard.