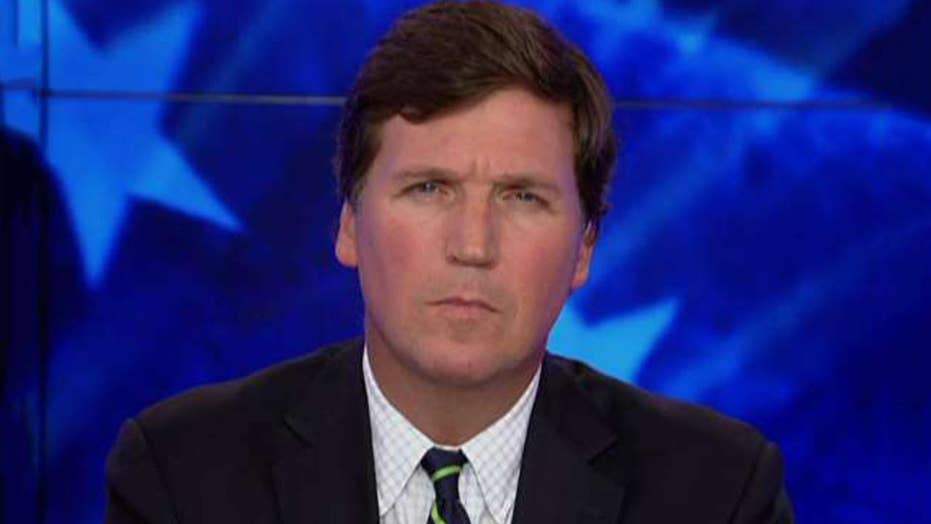 Imagine how it must feel to be Beto O’Rourke. You’re out there running hard for president every day, or at least vice president. You’re giving speeches about how children are our future, and how today is the first day of the rest of your life. Deep, inspiring stuff.

And there's a physical aspect to all this. You’re riding your skateboard for the cameras. You’re taking God-knows-how-many selfies for your fans on Snapchat and Instagram. It’s not an easy gig.

Then, one morning you wake up and discover that your one true love, the American news media, have called it off. They’ve left you for a younger, hotter candidate -- went out for a pack of cigarettes and never came home. They split with some guy from Indiana. You can’t even pronounce his name, but some believe South Bend, Ind., Mayor Pete Buttigieg is "chicken soup for the soul."

Chicken soup for the soul. Even by the naughty standards of the news media , this is a new level of political commitment. They don’t simply want to vote for this guy. They want to consume him, like a hearty stew. Every last drop of Buttigieg. Yum. They’re all in.

What’s going on here, exactly? Who is this guy? There are a lot of liberals running for president right now. Why would the 37-year-old mayor of a third-string Midwestern city -- no offense, but that's what it is -- stand out? Why’s he more impressive than, say, Sen. Cory Booker, or former Gov. John Hickenlooper? Or for that matter, any of the approximately 11,000 progressive Democrats apparently running for president at the moment?

That’s a tough question. We checked -- nobody seems to know, least of all, Buttigieg himself. His website gives you his bio and tells you how young he is. It says virtually nothing about what policies he might support. That's not an accident.

“We can’t just talk policy points all the time,” Buttigieg said recently. “As Democrats, we have to figure out how to tell a better story about our principles.”

Actually, that’s not a crazy point. Storytelling matters. But first you have to know what your story is, what your principles are.

And suddenly neither party knows. They’re not sure what they stand for. That’s why things seem so bizarre and chaotic right now. The confusion is especially acute on the left. When your only principle is gaining power, you’re out of luck, and you wind up elevating people like Bernie Sanders.

Sanders recently took fire from the left-wing think tank, Center for American Progress. CAP noted the irony that Bernie became a millionaire by writing a book about how millionaires are evil. On Monday night, Sanders delivered this response during Fox News' town hall.

"You raise the issue I am a millionaire. Well, actually this year we had $560,000 income," he said. "That's a lot of money, and in my case, my wife's case, it came from a book that I wrote. A pretty good book, you might want to read it.  It's a best-seller, sold all over the world, and we made money. So, if anyone thinks that I should apologize for writing a best-selling book, I'm sorry, I'm not going to do it."

So if you want to become a millionaire, write your own bestseller. That’s Bernie’s solution: entrepreneurship. Like Jack Kemp and Ronald Reagan, he’s not embarrassed to say it. OK. But let’s not tell the kids that’s socialism. It’s not. Bernie thinks it is.

Or more likely, he doesn’t think much at all. Monday night on this channel, he seemed completely baffled when Martha MacCallum asked him where immigrants detained at the border should be kept, responding at one point that, "It's not a real question."

“It’s not a real question.” That’s his answer to a real and tangible. Keep in mind, he’s the Democratic frontrunner. “Nobody should be denied entry at the border.” OK. Where are they going to stay? “Shut up. That’s not a real question.” And they revert to talking points. This is buffoonish. But it’s par now. In the Democratic Party, logical incoherence is practically a campaign plank.

For example, Democrats tell us America sends too many people to jail. We need to let thousands of drug dealers out of jail during the worst drug epidemic in American history. They even got the White House to sign on to that one. It’s happening. And yet, even as thousands of criminals stream out to freedom -- and to voting -- presidential candidate Eric Swalwell tells us we need to send a new class of people to prison. Mass incarceration for law-abiding citizens who would refuse to hand in their assault weapons. When asked whether these peole would actually be sent to jail, Swalwell answered, "They would, but I also offer an alternative, which would be to keep them at a hunting club or a shooting range ... I think the greatest threat to the Second Amendment is doing nothing. The Second Amendment is not an absolute right."

Millions of law-abiding Americans reclassified as felons overnight and sent to prison. How does Swallwell plan to seize all those weapons and imprison all those people? Who will fight on his side during the civil war that inevitably result? We have no idea, and of course, neither does Swalwell. He’s just making noises he thinks the left wants to hear. They all are. On every topic.

They [Democrats] will lose to President Trump unless figure out how to improve the lives of actual people. Otherwise, the internal contradictions of this party will become unbearable.

Democrats tell us the Green New Deal is more important than fighting World War II. OK. What’s in it? Nobody knows. They’re making it up as they go along. Impeach Trump? It must be done, they say, but nobody can tell you exactly what the charges are. Democrats can’t even agree on who leads their party. Alexandria Ocasio-Cortez claims she does. Nancy Pelosi scoffs passive-aggressively in response, and tells "60 Minutes" the AOC wing of the Democratic Party is "like, five people."

Five people. If only. The divide in the Democratic Party is is not between moderates and progressives. There is nothing moderate about Nancy Pelosi. AOC is not a progressive. The real divide is between equality and the identiy politics wing of the party.

The Democratic Party used to believe in equality. They cared about the individual and the constitutional rights that protected him. That’s over, replaced by identity politics. Identity politics preclude equality. In identity politics, all groups aren’t equal. Some are much better that others. Some must be destroyed. That’s not equality. It’s permanent war.

That’s what has replaced the concerns about the individual. You can see it in the personal behavior of the Democratic candidates for president. Last year, Beto O’Rourke, a rich person, gave one-third of 1 percent of his income to charity. Kamala Harris, also a rich person, gave 1.4 percent. Both of these people want to run the country but they can't give to charity? Why is no one calling them out on this?

Because both say the right things and check off the right identity politics boxes. Both are against white privilege, so it’s enough.

Except it’s not enough. It's not a satisfying style of politics. It doesn't actuallty improve anyone's life. It's not working and the Democrats running for president, even while standing on the sidelines, know it's not working. They will lose to President Trump unless they figure out how to improve the lives of actual people. Otherwise, the internal contradictions of this party will become unbearable.

This is the party of hedge fund managers and illegal aliens. What holds it all together? They have no idea. And until they find that out, it's going to fall all apart.