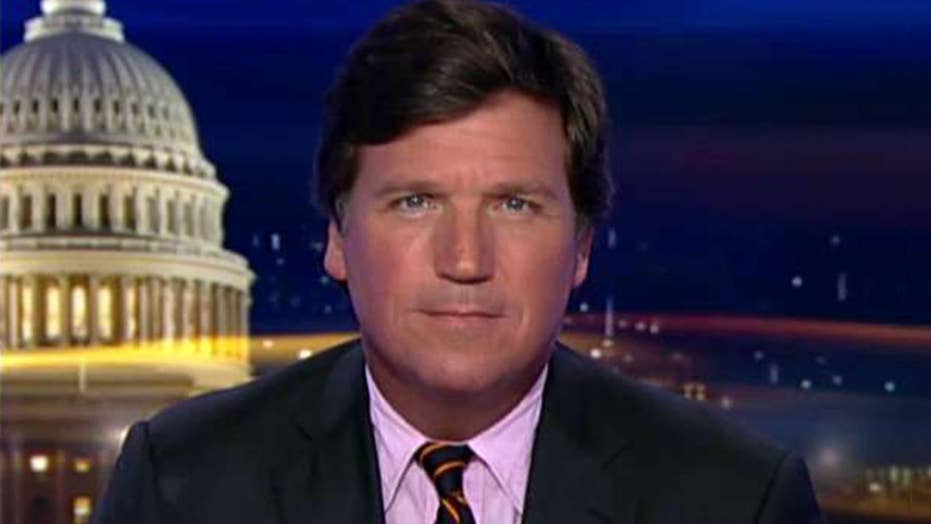 As the federal shutdown continues, Democrats have coalesced around a rationale for their continued opposition to a border wall.

They’re no longer telling you that walls are too expensive. That was a laughable argument coming from the left, so they’ve given up. They’re not telling you not that walls don’t work, because obviously they do. Everybody knows that.

The problem, they’re now telling us, is that God doesn’t like walls. Walls are immoral. As Beto O’Rourke noted the other day, walls “ensure death.” Building a wall is the same as committing murder. Rep. Ilhan Omar, D-Minn., has been in Congress only for a matter of weeks, but already she strongly agrees with this.

"I demand that the president end his temper tantrums and quest for a racist and sinful big wall," she said on the House floor.

“Racist” and xenophobic. That’s what walls are. Once you understand that, it does makes you think. There are an awful lot of walls in this country. Now that we know they’re an offense against God, how can we let them stand?

That’s a real question for the city of El Paso, Texas. El Paso is on the border, right across from Juarez, Mexico. El Paso is calm and peaceful and pretty city – it’s a great place. Juarez is violent and chaotic. It’s one of the most dangerous cities in the world. How can these two places exist side by side? Simple: There’s a wall between them.

"We know that walls don’t work. They don’t stop drugs. They don’t stop migration," she in a recent interview. "You know, it's really ugly. It is, I think, a monument to division. We've always had fencing along the U.S.-Mexico border. I'm a lifelong resident, it always was there. But the bigger, taller and uglier they get, they just become symbols."

“A monument to division." That’s what El Paso’s congresswoman calls her city’s wall, and she’s right. Walls do divide. That’s the point of having them. There are some things people like to be divided from, like endemic corruption and murderous drug cartels. How do you accomplish that without walls?

Nancy Pelosi has been thinking about this recently. She offered a solution.

"We talk about technology. Several hundred million dollars for the technology to scan the cars coming through the ports of entry and that is to detect guns," she said. "It’s like an electronic dog almost to detect drugs, guns and contraband."

“An electronic dog.” Of course. How obvious. It was right there in plain sight, and we missed it. The rest of us were thinking about security in old fashioned, medieval terms — walls, fences, an actual living dog. But leave it to the congresswoman from our technology capital out in California to think bigger. You’re looking at the solution of the future: An electronic dog. Brilliant.

This show has exclusively obtained a prototype of Speaker Pelosi’s digital canine. Just kidding. We pulled an image off the internet - probably not so different from the real thing.

In the meantime, let’s take Nancy Pelosi and Beto O’Rourke and the entire editorial staffs of the other cable channels seriously for a moment. Let’s concede that walls are, in fact, immoral. How do we respond once we’ve accepted that? We can’t simply prevent Donald Trump from building a wall. That’s not enough. We’ve got to do something about the countless walls of wickedness that degrade and pollute America’s moral landscape.

It turns out Democrats have no plans to eliminate anyone else’s walls, and certainly not their own. They just don’t want a wall to protect America. They don’t think our country deserves that.

For example, the wall that keeps poor people out of Barack Obama’s house in Washington, D.C. The wall that protects George Soros’s place in South Hampton. The wall at the Pelosi family compound in Napa, not to mention the wall around Mark Zuckerberg’s estate in Hawaii. The gated communities of Brentwood. The walled gardens of Brooklyn. Level them all - all of them, make them flat. Do it now, before an angry God turns us all to pillars of salt for ignoring his anti-wall commandment. Speaker Pelosi, tear down these walls!

And once you’ve done that, turn the bulldozer of righteousness outward, to the world. Israel, for example, is surrounded by walls on virtually all sides. Does Nancy Pelosi know that? Will she withhold billions in military aid until those walls are gone? That’s a moral question now. What’s the answer?

And how about Tunisia and Jordan? We helped pay for those countries’ walls? We’re implicated in those walls. Will we pay to take them down? How much do we really care about our souls?

We contacted Speaker Pelosi to find out. She didn’t reply. Neither did the other Democrats we called. It turns out they have no plans to eliminate anyone else’s walls, and certainly not their own. They just don’t want a wall to protect America. They don’t think our country deserves that.

On Wednesday, the New York Times ran a piece by a man called Farhad Manjoo. He demanded that the U.S. get rid of its borders entirely. No borders. If 10 million, 100 million, a billion people want to move here, so be it. It is not our right to keep them out. It’s only our obligation to pay for it.

That’s the Democrats’ position. They’re telling us that God agrees with them.


Tucker Carlson currently serves as the host of FOX News Channel’s (FNC) Tucker Carlson Tonight (weekdays 8PM/ET). He joined the network in 2009 as a contributor.