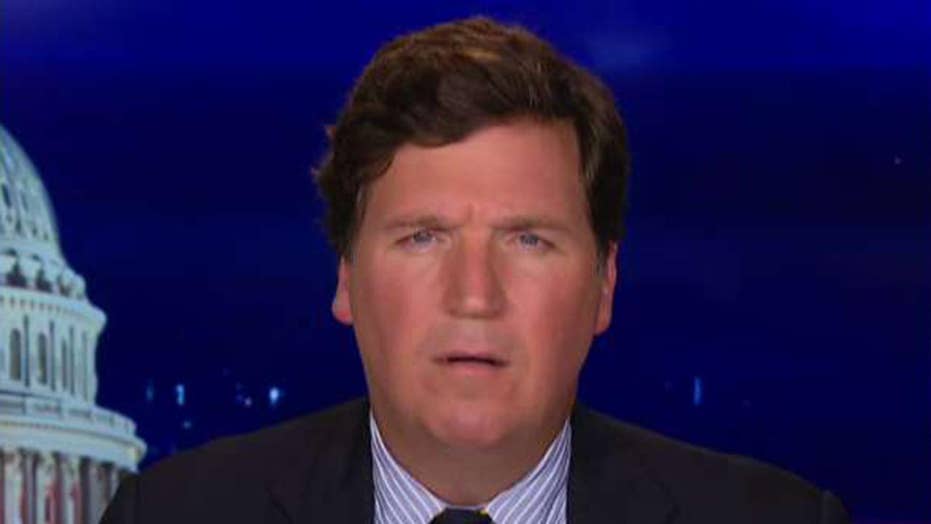 The left lectures the American people on morality and faith.

What does a sincere and faithful Christian look like to you?  How about a narcissistic former McKinsey consultant who passionately supports late-term abortion?

Is that the image you conjured in your mind's eye?  Probably not. But looks can apparently deceive because Mayor Pete Buttigieg says he is exactly that -- a faithful Christian. Indeed, Buttigieg claims to be so faithful that he literally knows which political party God supports.

Pete Buttigieg, 2020 presidential candidate and South Bend, Ind. mayor: It is by no means true that Christian faith or any faith requires you to be a Republican, especially in these times.  And so-called conservative Christian senators right now in the Senate are blocking a bill to raise the minimum wage when scripture says that whoever oppresses the poor taunts their maker. It's also important that we stop seeing religion used as a kind of cudgel, as if God belonged to a political party.  And if he did, I can't imagine it would be the one that sent the current president into the White House.

Ooh.  He's a preachy little guy, isn't he?  Pretty funny. The best part is Pete Buttigieg is he's likely the most faithful Christian many political reporters have ever met. To them, he might as well be St. Paul or Dietrich Bonhoeffer. They've got no clue. They can't tell a difference.

They were similarly impressed when the magazine Christianity Today, after bashing the Trump administration for not admitting more refugees into the country, called for the president to be removed from office for being immoral. Christians, the magazine proclaimed, have a moral duty to align with the party that openly despises Christians.

Most actual churches ignored the editorial, of course. But CNN was thrilled. It gave the network a chance to lecture stranded air travelers about the topic they know least about, which, of course, is Christian theology. Watch as the governor's brother explains to Christian writer Eric Metaxas that real Christians vote Democrat.

Chris Cuomo, CNN host: Why get behind a man who makes a mockery of your faith?

Eric Metaxas, author: I certainly don't think -- most people that I know do not think he makes a mockery of our faith.

Cuomo: Does he practice any of the things that you think are important for an individual?

Metaxas: Here's what I find interesting, Chris.  Most --

Cuomo: I'm not an evangelical.

Metaxas: Talk about my faith. Well, let's talk about your faith. You're a Catholic.

Metaxas: Does he make a mockery of the Catholic faith?

Cuomo: If he said he were Catholic, yeah, he does.

If you're wondering why so many Christians have been willing to support this president despite his personal life, this is why: It's because whatever his flaws, he's made it clear that he's not the enemy of Christians.

It's a really interesting question, and the answer reveals a lot. But of course, CNN doesn't actually want to know the answer, perhaps they are implicated in it. So, instead, they ridicule and attack.

What you just saw was certainly approach over on MSNBC, where someone called Linette Lopez came on to explain that church-going evangelicals are actually immoral.

Linette Lopez, columnist for the Business Insider: Evangelical political activity has not always been in line with the teachings of Jesus Christ. And, you know, so it's quite possible that this is an awakening because there are Christians who see the full loyalty of Evangelical Christians. They're giving their full loyalty to the president and not to God.

Uh-huh. In other words, evangelicals are idolaters. President Trump is their golden calf and MSNBC has grave concerns about their souls.

And if you believe that you'll want to listen very carefully to "Reverend" Al Sharpton as he delivers his sermon on the matter.

The Rev. Al Sharpton, MSNBC host: The reason they're so offended is it's exposing all of them that they would take this shameless con man over the principles that they're preaching in the Holy Season as we celebrate Jesus.  They would sell Jesus out if they felt they could get something from it is the inference he's saying from his editorial. And that’s sad on many levels.

That was Al Sharpton on television denouncing somebody else as a "con man."  Ladies and gentlemen, we have reached peak Orwell. You can't get more dishonest than this or more hilarious.  Let's hope this brand of insanity dies with 2019.

What's going on here?  Why all this noise about Christianity? It's not that the left suddenly cares about the Christian faith. In fact, the opposite.

America's religious landscape is changing, and it's changing fast. According to Pew in 2009, for example, 77 percent of America identified as Christian. Just 10 years later, only 65 percent of the country identifies as Christian. The non-religious percentage, meanwhile, has grown from 17 percent to 26 percent over the same period.

Now, these changes are happening across the political spectrum, but they are profound in the Democratic Party. Just a decade ago Democrats said they were 72 percent Christian. Today, that number is 55 percent. One-third are non-religious.

Now, among the party's elite the numbers are much more stark than that. Black voters are still one of this country's most Christian blocs, and that's why African-Americans are by far the most reasonable and moderate among the voting blocs in the Democratic coalition by far -- because they're the most religious.

But they're not in charge of the Democratic Party, probably unfortunately. The people who are are overwhelmingly white and have credentials from the Ivy League. Where are they? Well, they're not just irreligious. Many of them are aggressively anti-Christian and that may be why they want to force Catholic Charities, for example, to fund birth control and Catholic hospitals to perform abortions. Can you imagine?

It's why they spent a decade crusading, hassling, Chick-fil-A because it donated to a handful of traditional Christian charities. They thought they were immoral.

Why not just leave them alone? Because they couldn't help themselves. Because they truly hate -- truly hate -- traditional Christianity. It's why some of their lawmakers openly speculate that judges like Amy Coney Barrett may be ineligible for the Supreme Court because she might actually believe in God.

So, if you're wondering why so many Christians have been willing to support this president despite his personal life, this is why: It's because whatever his flaws, he's made it clear that he's not the enemy of Christians. In fact, under certain circumstances, he will protect Christians.

For people whose values are under assault every day by powerful forces in America -- and that's not overstating it, and if you're one of them you know that means everything. It's bad enough to be lectured about Christianity by cable news morons who don't know anything about it. But what's happening in the broader country is much worse than that, much more threatening.

The left presumes the right to lecture the people it despises for the sin of not voting for them. Now this may shock some Democrats, but most Christians don't actually think they have a religious duty to be destroyed by people who hate them. They don't.