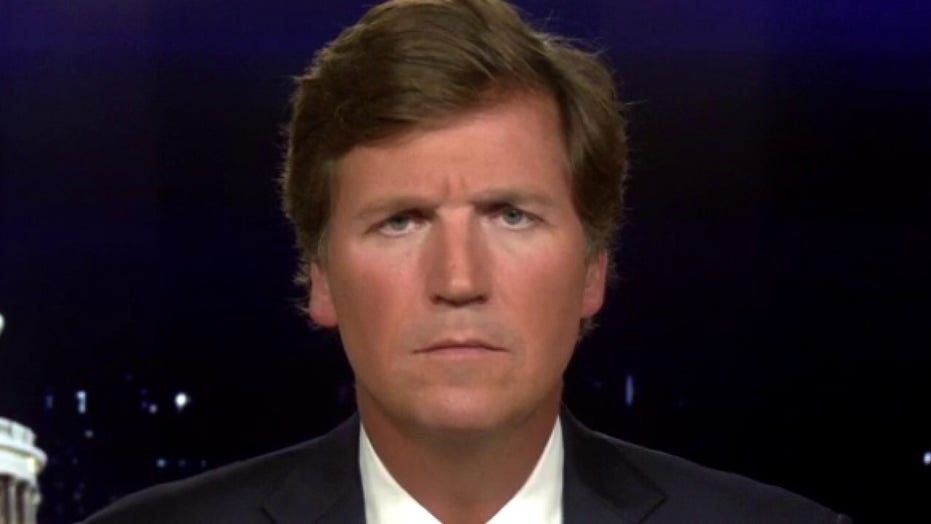 Tucker: Is China too strong to criticize?

For three years, our entire professional class hectored us about the overweening threat we supposedly faced from Russia.

Russia, you'll remember, had somehow hacked American democracy during the 2016 presidential campaign. Russian agents had infiltrated our government at the highest levels. Honorable former naval officers -- people who seemed honorable, anyway, like Carter Page -- were, in fact, secret stooges of Vladimir Putin's and they were working toward diabolical ends with political consultants like Roger Stone.

It was all hiding in plain sight, and it was working. Forget Mexico or Saudi Arabia or the United Arab Emirates or many other countries. It was Russia, more than any other place that threatened America's sovereignty, that was actually in control of our foreign policy.

That's the story they told us. None of it was ever plausible. In fact, it was completely absurd. It was obviously absurd. There was never any evidence that it was true, but they kept saying, day after tiresome day, until it stuck. Until every single CNN viewer, every single PBS donor, every subscriber to The New Yorker Magazine believed it as a matter of religious faith.

Russia hacked our democracy. It was almost on their tote bags. It was their mantra.

Chris Cuomo, CNN anchor: The Russians exploited a massive backdoor into the foundation of our democracy.

Tony Romm, technology policy reporter for The Washington Post: The work by Russian agents to try to destabilize American democracy.

Don Lemon, CNN anchor: That's everything you need to know about the threat to our democracy.

House Speaker Nancy Pelosi: ... Attack on the integrity of our elections.

Hillary Clinton: The first time we've had an adversary attack us that we have not responded.

These people -- brandishing their silly credentials like we have a moral obligation to listen to them because they know what they're talking about. They were fools. Reading their stupid talking points again and again, like they were real.

But they were doing it for a reason. The beauty of the Russia fable was that it allowed these people, our ruling class, to ignore the huge number of actual problems the United States faced, problems that, in many cases, they caused or at the very least, failed to solve.

While our leaders in Washington wasted literally years accusing each other of working for Putin, China grew more powerful. It grew closer to replacing the United States as the world's dominant nation.

The drug addiction crisis that has killed tens of thousands, hundreds of thousands, over time. The border that is essentially open. A disappearing middle class, the core of our country. The rise of China, and then, of course, any number of counterproductive foreign wars that should have ended long ago.

For three years, nobody in Washington talked about any of this. In fact, failing to worry about Russia exclusively invited suspicion on you.

If you wanted, for example, American troops home from the Middle East or if you wondered aloud why no one seemed to care when your 23-year-old niece died of a fentanyl OD, that might be evidence you, too, are colluding with Russia. And that's not an exaggeration. Susan Rice -- who seems smart, she went to Stanford -- admitted later that she decided Michael Flynn was a Russian spy because he talked too much about China, and that's what Russian spies do.

Now, Donald Trump was elected -- no one thought he would be -- precisely because he talked about issues like these, the ones that mattered. That was a massive threat. So they derailed, to a large extent, his first term agenda, using a hoax concocted by the administration he replaced.

Who benefited from this? Well, the people who thought it up. But nobody benefited more than the Chinese government. While our leaders in Washington wasted literally years accusing each other of working for Putin, China grew more powerful. It grew closer to replacing the United States as the world's dominant nation.

By the time this version of coronavirus spread West from Wuhan, China was calling many of the shots internationally. We didn't even know it until the crisis hit.

For example, the U.S. has given far more money than any other nation to the World Health Organization. And yet strangely, our ally, Taiwan, still is not a member of the WHO. Why is that? Only one reason -- China doesn't want them to be, and so they're not.

China is effectively in control of the WHO. You want proof? Watch the director of the World Health Organization repeat the most ridiculous Chinese propaganda as if it were all completely true with an utterly straight face. As always, if you want to know who is really in charge, watch the lies they tell.

Is China now too strong to criticize? Is our only option to submit? Maybe. We'll find out.

Dr. Tedros Adhanom Ghebreyesus, Director-General of the World Health Organization: The Chinese government is to be congratulated for the extraordinary measures it has taken to contain the outbreak.

China is actually setting a new standard for outbreak response, and it's not an exaggeration.

So, the new standard the fake doctor you just saw is promoting, in the end, created the worst economic calamity since the Great Depression, a calamity that China benefited immensely from. China may be the only country on the globe that has become stronger in the face of this.

No doubt, the Chinese government was pleased with what their puppets at the WHO accomplished. On Monday night, the president of the United States released a letter to the World Health Organization warning that the U.S. will suspend funding permanently if the organization doesn't reform itself right away and wean itself from China. We'll see if that happens.

Either way, though, the problem is much bigger than just the World Health Organization. China's tentacles extend almost everywhere in our society. The Chinese government is now deeply enmeshed in higher education in this country. It is not an overstatement. A number of university professors, including one on Tuesday, have been arrested for spying on behalf of Beijing. Literally spies on campus -- tenured spies.

China has profound influence in Hollywood, you know that. And professional sports, we saw that last year; and in corporate America, up and down the chain. The Chinese own huge amounts of real estate throughout this country -- one of the reasons your kids can't afford to live in our cities.

All of this has changed our lives in profound ways, but all of it happened with very little public notice. Why? Because the people making it possible didn't want to advertise it. They were getting very rich from it.

Every ambitious climber in corporate America knows the rules now. Don't offend Beijing, and you could be rewarded. The head of Disney's streaming service just left to become CEO of TikTok, a Chinese company. That may appall you, but in corporate America, many are envious. They wish they were him.

Washington hasn't been immune to this, either. China's influence is everywhere in the capital city. Former Senator Joe Lieberman lobbies for China now. Hard to believe, isn't it? Samir Jain was a top cybersecurity official for the Obama administration. Now, he lobbies for Huawei.

And those are just a couple of the very few who have followed the law and actually registered under FARA as foreign lobbyists. Hunter Biden never bothered to do that. Biden worked hard to sell his access to politicians in Washington -- presumably his father, Vice President Joe Biden, chief among them -- to investors who were getting rich in China.

It was never a secret. Many people in Washington knew exactly what Hunter Biden was doing, and they didn't say anything to anybody. Why? Because it didn't seem weird to them. It wasn't strange. So many other well-connected people were doing the same thing --  selling access to elected officials in Washington to the Chinese.

Nancy Pelosi still doesn't understand why any of this is a big deal. Pelosi has spent decades bowing to the Chinese government even as she attacks this country is racist and backward, as she does virtually every day of the week. Just the other day, Pelosi announced that no conversation about China is legitimate. It's all a distraction.

Pelosi: Let me just say that what the president is saying about China is interesting -- it's an interesting diversion. Let's keep our focus on meeting the needs of the American people opening our economy.

Yes, it's a "diversion." How many antibiotics do we make in this country in the middle of a pandemic? Let's see. Zero. None. All in China. Just a diversion.

When you watch something like Pelosi's statement, a terrifying thought creeps up from the back of your mind. Is China now too strong to criticize? Is our only option to submit? Maybe. We'll find out.

Even now, there's certainly downsides for anyone who dare say a negative word about Beijing. China is now threatening to punish elected American officials who dare to criticize the Chinese response to coronavirus. Hard to believe? They're saying that out loud.