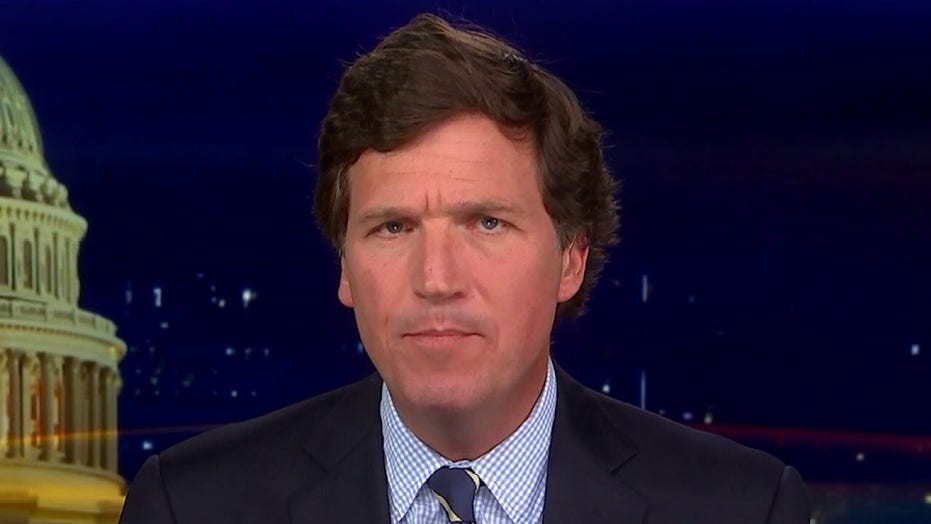 There are a lot of stories we could talk about, but we couldn’t get our minds off Joe Biden’s COVID speech Thursday night. Did you see it? The one where he seemed so sad about the lockdowns that have crushed businesses, kept kids out of school – "an entire generation," he said – and driven so many to suicide.

Yet he never once mentioned or even hinted that he and his party are the very forces behind those lockdowns. "I’m really sorry about your black eye," he said, as he punched you in the face. It was bizarre. The whole speech was like that. It had a hallucinogenic quality, like it wasn’t quite real.

But then, Joe Biden himself isn’t quite real. Maybe that’s the reason he talks that way. Biden has been living in utter seclusion for more than a year. He hasn’t spoken to anyone but his own lackeys. He hasn’t driven a car or sat on the grass and looked at the sky or been anywhere or done anything except in the most controlled possible environment. What an incredibly weird life that would be.

Biden must imagine that everyone in America is as terrified of COVID as he is and is living in the same kind of bunker. Joe Biden is totally cut off.  Alex Berenson described Thursday's speech on our show as "late Soviet." The more we thought about that, the more perfect that seemed. 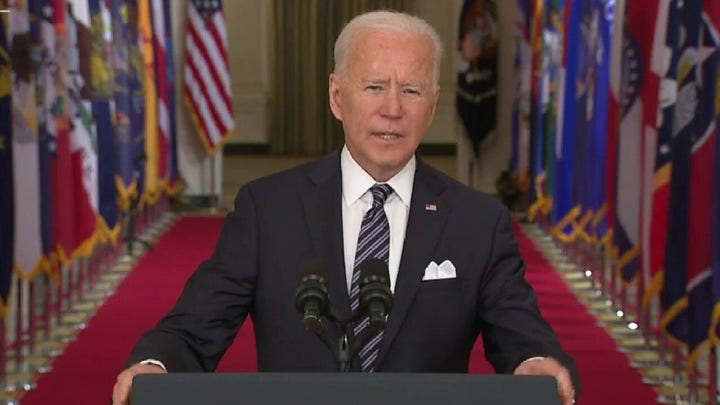 Russia’s own Joe Biden was the late Leonid Brezhnev. Like Biden, Brezhnev was very clearly fading in his later years after a series of health problems. Also like Biden, despite his frailty and confusion, Brezhnev never lost his enthusiasm for pointless wars. He’s the one who ordered the Soviet invasion of Afghanistan in 1979. In December of that year, Brezhnev addressed Soviet youth in a televised speech. There are blatant similarities between this speech and Joe Biden’s. Keep in mind, Brezhnev was a full five years younger than Joe Biden is today.

In the video, they were trying to tell him how the teleprompter works. He harrumphs a bit and looks vacant. He doesn’t quite get it. Brezhnev didn’t actually lead Russia by the end. He remained the country’s figurehead, but it was the ideologues behind the scenes who ran the show. Brezhnev had his own Susan Rice and Barack Obama to make the real decisions. The similarities are pretty amazing.

Over at CNN, however, they didn’t see it. Or maybe they did see it, and didn’t care. CNN always loved Brezhnev. In any case, the usual chorus of toadies strained for a high note Thursday. They would tell you how wonderful the speech was, as if you didn’t have a TV and didn’t see it for yourself.

"How refreshing, how human, how compassionate, how American," Don Lemon said after taking a deep breath.

Chris Cuomo added, "Biden tried to lift our spirits with a medical message about trying to recover our sense of collective cause ... Certainly it was healing."

BIDEN JABS AT TRUMP DURING PRIMETIME SPEECH ON CORONAVIRUS PLANS

Amanda Carpenter concluded: "People always talk about the feeling of the relief they have hearing Biden, but what he’s doing now soars above that."

"What the president is saying is that help is on the way ... We’re all in this together. I need your help," Lemon summed up. "We’re all Americans. Woo!! Hallelujah!"

What are these people talking about? What about Joe Biden’s shaky monotone last night inspired them, exactly? Most people found it depressing. Maybe we’re being too literal here. It probably doesn’t matter what Joe Biden actually said. He could have called for the bombing of Toronto, and CNN’s panel of trained seals would still enthusiastically applaud it. It’s their job to enthusiastically applaud what Joe Biden says.

Our job is to try and figure out what Biden’s speech meant for the country. So let’s think about it for a minute. The lockdowns have been tough, Biden conceded at the outset. God knows how we got them. But we did. "Those restrictions will be lifted as soon as we can lift them, and we will return to some version of the country we now only dimly remember. We’d really love to do that. But in order to go forward, and take the boot off your neck, we’re going to need every American to listen carefully and obey our orders. Do what we tell you to do. That won’t be easy, but if you do it, there’s a payoff for good behavior. If you’re obedient, there is a chance — not a guarantee of course, but a distinct possibility, God willing — that you may be able to see some of the people you love around July 4. That could actually happen, ladies and gentlemen."

BIDEN: If we do our part, if we do this together, by July the 4th, there's a good chance you, your families and friends will be able to get together in your backyard or in your neighborhood and have a cookout and a barbecue and celebrate Independence Day. That doesn't mean large events with lots of people together, but it does mean small groups will be able to get together.

Did you hear that, America? There is a "good chance" — again, not a sure thing, but what is a sure thing these days? — but a "good chance" that you might be allowed to have a modest cookout four months from now. That is, as long as you obey regulations, weather permitting, and assuming that current federal projections unfold according to plan. That’s your prize! With luck, this could be your reward after a year and a half of lockdowns: A Fourth of July cookout, in your very own backyard, assuming you have one!

Don’t ever tell us that Joe Biden isn’t a compassionate, generous man. Here he is, offering you, with some medically necessary caveats outlined by Dr. Anthony Fauci himself, the right to cook your own hot dogs! With the provision, obviously, that you do it in a small, masked group seated far apart, at a prescribed distance from one other. Don’t get crazy and hug or celebrate or talk too loud or anything like that. Moderation’s the key here. But still: a socially-distanced barbeque! What other wonders does President Biden have in store for us?

Well, you’re going to have to get vaccinated to find out. Sorry. That’s the other requirement. Should have mentioned it. Everybody needs the shot, period. That’s what Biden said, and that’s a lot of shots. The good news is, now that we’re on what Joe Biden describes as "war footing" with this virus, vaccinating people is a counterterrorism operation. What we did to ISIS, we’re going to do to COVID. Biden didn’t mention drones, but we will need soldiers. That’s why Joe Biden is building a vaccination corps, which will include active duty members of the military. An army of vaccinators.

MONICA CROWLEY: CUOMO, NEWSOM ONLY REOPENING STATES TO RELIEVE POLITICAL PRESSURE ON THEMSELVES

BIDEN: Two months ago, the country, this country, didn't have nearly enough vaccine supply to vaccinate all or even near all of the American public. But soon we will ... Now because of all the work we've done, we'll have enough vaccine supply for all adults in America by the end of May. That's months ahead of schedule. And we're mobilizing thousands of vaccinators to put the vaccine and one's arm.

Thousands of vaccinators to vaccinate everyone. That sounds amazing. But it does raise at least one vexing question: what if you don’t want to get vaccinated? Not everyone does. Some people have religious objections. Others have concerns about this specific medicine. Others simply don’t want it. Do you need a reason to turn down the vaccine? What happens if you do? Will you be allowed to fly on airplanes or go to work, or enter the front doors of Madison Square Garden? Joe Biden didn’t specify, though it’s hard to believe he would support any kind of vaccine coercion. As he’s said so often over so many years, if it’s your body, it’s your choice.

BIDEN, JUNE 2019: "I support a woman's right to choose under that constitutional guaranteed provision. And quite frankly I always will.  Folks, you know and we're going to fight to protect a woman's right to make her own personal decisions when it comes to her health care.

BIDEN: Because if we don't stay vigilant and the conditions change, we may have to reinstate restrictions to get back on track.

To which CNN might say, "Hallelujah!" But we’re not CNN. Instead we’re left wondering: Could there be any civil liberties implications to any of this?

This article is adapted from Tucker Carlson's commentary on the March 12, 2021 edition of "Tucker Carlson Tonight"