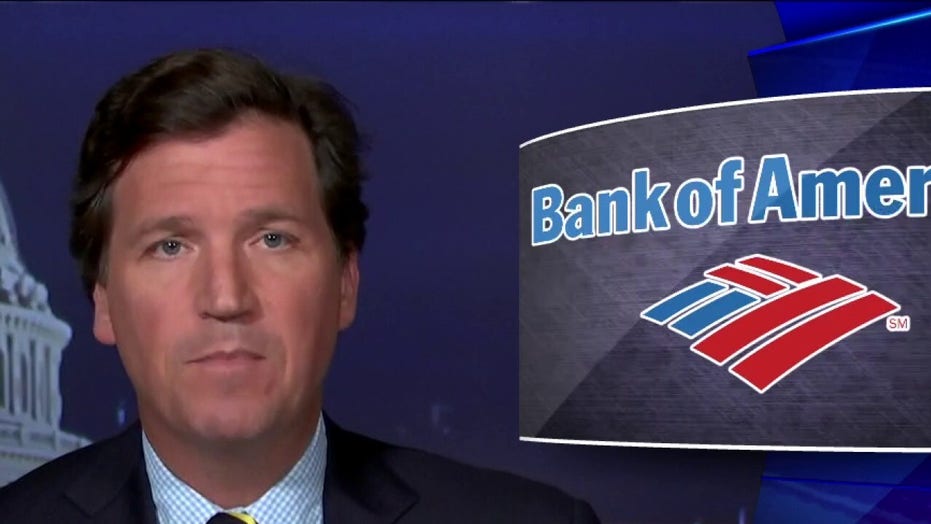 There has been an enormous amount of talk -- not just this week, but over the last month -- about violent extremism and the people who embrace it. Those people, we're told, are domestic terrorists who must be put down by force. The war on terror has moved stateside. Extremists are inside our country, and we must hunt them down.

And, of course, we're hearing it from the business establishment, from Wall Street and the tech monopolies, from the massive multinational corporations that increasingly control the contours of American life. All of them are now on the hunt for political extremists.

At one level, that does not sound bad No sane person is for political extremism, especially violent extremism. We're for moderation, for incremental change and the consent of the governed. We've said that every day for four years and we mean it.

PENTAGON ORDERS 'STAND DOWN' ACROSS MILITARY TO INVESTIGATE EXTREMISM IN RANKS

But it's not enough to be against something. You have to be more precise than that. In order to root out a problem, you have to know what the problem is. You need a sense of what you're looking for, a clear picture. You have to define the terms. The remarkable thing about this public conversation we're having is that no one is doing that.

Have you noticed that none of these newly energized and highly empowered extremist hunters have told us exactly what an "extremist" is? We're left to guess, to look around nervously to see if we can spot one. They're not talking about us, are they? And if they are, what exactly are they doing? How are they hunting these "extremists" they keep telling us about, but will not describe? We now know part of the answer to that question.

"Tucker Carlson Tonight" has exclusively obtained evidence that Bank of America, the second-largest bank in the country with more than 60 million customers, is actively but secretly engaged in the hunt for extremists in cooperation with the government. Bank of America is, without the knowledge or the consent of its customers, sharing private information with federal law enforcement agencies. Bank of America effectively is acting as an intelligence agency, but they're not telling you about it.

In the days after the Jan. 6 riot at the Capitol, Bank of America went through its own customers' financial and transaction records. These were the private records of Americans who had committed no crime; people who, as far as we know, had absolutely nothing to do with what happened at the Capitol. But at the request of federal investigators, Bank of America searched its databases looking for people who fit a specific profile.

BANK OF AMERICA COMMITS $15B TO HOME OWNERSHIP EFFORTS

Here's what that profile was: "1. Customers confirmed as transacting, either through bank account debit card or credit card purchases in Washington, D.C. between 1/5 and 1/6. 2. Purchases made for Hotel/Airbnb RSVPs in DC, VA, and MD after 1/6. 3. Any purchase of weapons or at a weapons-related merchant between 1/7 and their upcoming suspected stay in D.C. area around Inauguration Day. 4. Airline related purchases since 1/6."

The first thing you should notice about that profile is that it's remarkably broad. Any purchases of anything in Washington, D.C.; any overnight stay anywhere in an area spanning three jurisdictions and hundreds of miles; any purchase not just of legal firearms, but anything bought from a "weapons-related merchant," T-shirts included; and any airline-related purchases -- not just flights to Washington, but flights to anywhere, from Omaha to Thailand. That is an absurdly wide net.

Bank of America identified a total of 211 customers who met these "thresholds of interest." At that point, "Tucker Carlson Tonight" has learned, Bank of America turned over the results of its internal scan to federal authorities, apparently without notifying the customers who were being spied upon. Federal investigators then interviewed at least one of these unsuspecting people. That person, we've learned, hadn't done anything wrong and was cleared.

Imagine if you were that person. The FBI hauls you in for questioning in a terror investigation, not because you've done anything suspicious, but because you bought plane tickets and visited your country's capital. Now they're sweating you because your bank, which you trust with your most private information, has ratted you out without your knowledge. Because Bank of America did that, you are being treated like a member of Al Qaeda.

It doesn't matter how much you despise Donald Trump or how much you believe that hatred of Trump justifies suspending this country's ancient civil liberties, going through that experience would scare the hell out of you. Does anyone else know about this? Is there a record of this interview? Will I lose my job because of it? That actually happened to someone.

"Tucker Carlson Tonight" asked Bank of America about this. They confirmed it actually happened by not denying it. Here is their statement in full, which somehow manages to make the whole thing even creepier:

The phrase "in full compliance with the law" implies that Bank of America had no choice, but that's not true. Bank of America did have a choice. It could have resisted turning over information on its innocent customers to federal investigators, but it did not.

YOUTUBE'S 'DANGEROUS' CRACKDOWN ON INDEPENDENT JOURNALISTS: 'IT DEFIES ALL LOGIC AND REASON'

It's not even clear that what Bank of America did is even legal. We spoke to a number of lawyers about this, and some of them told us that what Bank of America did might, in fact, not be legal and could, in fact, be challenged in court. One knowledgeable attorney pointed us to 12 U.S.C. 3403. That's a federal law that allows banks to tip off the feds to any information that "may be relevant to a possible violation of any statute or regulation."

Now, the Justice Department instructs federal agents to remind banks of that law and, of course, they do so with maximum aggression. But the question is, what legally constitutes information that may be relevant to a possible crime? Does buying a muffin in Washington, D.C. on Jan. 5 make you a potential domestic extremist?

According to Bank of America, yes. Yes, it does.

This is the moment when, for the sake of our country and our grandchildren who will live here, we need to pause, breathe deeply, avoid hysteria and ask, "What are the rules? What, for God's sake, is a political extremist?"

A lot hangs on that question, but they pointedly won't tell us. At the White House Thursday, for example, National Security Adviser Jake Sullivan told reporters that "domestic violent extremism" is the urgent crisis of our time. But Sullivan did not explain what it is.

SULLIVAN: So "Build Back Better" isn't just about economics, it's about national security as well, and then it's about the set of issues that working families in this country are facing every day that are challenging their lives and livelihoods: The pandemic, climate change, the threat of domestic violent extremism.

We're starting to believe they're not defining it for a reason. On Wednesday, a New York Times op-ed asked this question: "Are Private Messaging Apps the Next Misinformation Hot Spot?" As the newspaper put it: "The shift to private messaging has renewed a debate over whether encryption is a double-edged sword. While the technology prevents people from being spied on, it might also make it easier for criminals and misinformation spreaders to do harm without getting caught."

If you think we're joking, we're not.

This article is adapted from Tucker Carlson's opening commentary on the Feb. 4, 2021 edition of "Tucker Carlson Tonight."