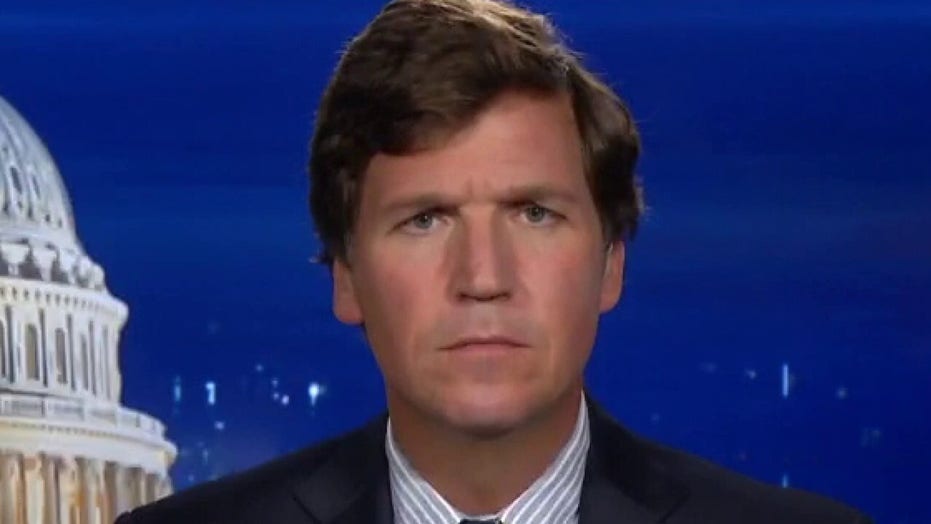 Tucker: Imagining an America without police

Here's something you probably didn't know.

You would never know it from listening to her recent race-baiting, but the population of Alexandria Ocasio-Cortez's hometown is over 90 percent white. The median family income there is more than double the national average. Real estate listing show million dollar homes on big pieces of gated property.

AOC DOUBLES DOWN AMID GOP CRITICISM OVER TAKE ON NYC CRIME

It is not Queens. It is a very nice place.

Yorktown Heights is so affluent, and so peaceful, in fact, it doesn't need its own police department. Instead, it relies on a 59-member force that protects the larger town around it.

This is the "hood" that spawned Alexandria Ocasio-Cortez, one of the country's most privileged revolutionaries.

She called herself Sandy Cortez back then. She imagined that every place could be just like Yorktown Heights, if only we got rid of the police, and apparently she still believes that.

REP. ALEXANDRIA OCASIO-CORTEZ (D-NY): It's funny because when people ask me, what does a world where we defund the police -- where, you know, defunding police looks like? I tell them, it looks like a suburb.

Unfortunately, not everyone lives in a suburb as placid and protected as the one Sandy Cortez grew up in, with all the bake sales and pool parties.

Cities like St. Louis and Baltimore are more violent than El Salvador, and they're getting more dangerous by the day. In Milwaukee, homicides have risen nearly 40 percent just this year.

Killings there could soon break the city's all-time record. That's likely to happen soon in Chicago and Kansas City.

Just this weekend in the City of Chicago, 64 people were shot and 11 murdered -- 11 corpses in one weekend.

Less law enforcement in dangerous places means more killings. There's not much debate about that, at least not among adults.

New York City disbanded its plainclothes police unit and cut funding for the NYPD by a billion dollars.

The result? Shootings in New York are up more than 200 percent compared to this time just last year. Murders are up 21 percent. Burglaries have risen 30 percent.

It is the most dangerous time to live in New York City in a quarter-century. Just one day ago, on Sunday night, an infant was shot to death while sleeping in a stroller at a cookout in Brooklyn. Mayor Bill de Blasio, who has almost single-handedly destroyed that city, described the child's murder as so painful.

Then, de Blasio moved forward with his plans to disable the NYPD. He canceled the hiring of more than a thousand cops. He announced that police will no longer keep the schools safe.

How will this end? We know very well how it will end. More poor children will die.

That will not affect Bill de Blasio though. His family will remain protected by armed security paid for by taxpayers.

So, will Sandy Cortez, so will Barack Obama. So will the rest of the politicians calling for taking away your protection.

They will never suffer the consequences and that's why they're for it.

Here is what just some of them are saying:

BARACK OBAMA, FORMER PRESIDENT OF THE UNITED STATES: The folks in law enforcement that share the goals of reimagining policing.

AL SHARPTON, MSNBC HOST: We have to reimagine what policing looks like.

SEN. KAMALA HARRIS, D-Calif.,: They must reimagine what public safety looks like.

We must "reimagine public safety." That's their new talking point. It was devised by some pollster at the DNC and they're all faithfully repeating it like the robots they are.

But what exactly does it mean?

Mark McCloskey doesn't have to imagine. He was a test case for "reimagined public safety."

When a mob showed up outside his home and threatened his life, the police never came.

McCloskey and his wife had no choice, but to defend themselves.

For centuries, since the beginning of recorded history, self-defense has been the most basic principle of civilization. But now that we've "reimagined public safety," it's illegal.

Watch CNN's resident bodybuilder, Chris Cuomo, explain the new standard. Keep in mind as you watch that the guy doing the lecturing in this tape has repeatedly threatened violence against others for invading his personal space. But he gets to do that. His brother is the governor.

But you say you were assaulted. You're using the civil definition of that, which is that you had the apprehension that something bad was going to happen to you, but nothing did.

But to call it terrorism when the people are there protesting how the community is treated by the police is a little bit of reverse psychology at a minimum, is it not?

Now, it's hard to know exactly what the CNN anchor was trying to say. Some of those sentences didn't make sense, but you get the larger point.

Homeowners who try to protect themselves from violence are the real terrorists now and they must be punished. Increasingly, they are being punished.

Listen to the local political hack/prosecutor in St. Louis, threaten to hurt the McCloskeys for daring to defend themselves:

KIM GARDNER, ST. LOUIS CIRCUIT ATTORNEY: I am disturbed by the events that occurred over this weekend, where there were peaceful protesters who were met with guns and a violent assault.

Since learning of these events over this weekend, I worked with the public and the police to investigate these tragic events.

I will use every extent of Missouri law to hold individuals accountable.

It turns out she wasn't bluffing.

Just a few days ago, police raided the McCloskey's home and reportedly seized the firearms they had used to protect themselves.

In other words, their safety has been fully reimagined.