In an important letter to House Republican committee leaders, NIH put the blame squarely on EcoHealth for failing to report experiments conducted with federal funding that led to an increase in the pathogenicity (or infectiousness) of a coronavirus – a direct violation of the terms of its grant. NIH went on to state that EcoHealth would be given five days to submit any and all unpublished data from the experiments and work associated with this grant.

While NIH’s belated admission is a step forward, the letter raises more questions than it answers.

For one, we still do not know when NIH first found out that EcoHealth was conducting the gain-of-function research outlined in the letter. The letter implies that NIH did not have any knowledge of the experiments until EcoHealth submitted a grant progress report in August 2021. Yet August was two months ago.

NIH knows full well the amount of public interest in this subject. If they were willing to keep this fact quiet for two months – and remember, they only disclosed this revelation in response to a congressional inquiry – it is worth asking whether Dr. Anthony Fauci had knowledge of this gain-of-function experiment when he testified under oath in July that the U.S. government had never funded any gain-of-function research in Wuhan.

It also begs the question: why have Dr. Fauci and NIH not been more forthcoming with this information?

Yet EcoHealth’s published research is only half the story. EcoHealth, like any research organization, maintains large amounts of data gathered over the course of experimentation that for one reason or another, did not make its way into published literature. A virus strain need not be published to have caused a pandemic.

Of course, NIH knows this. This is exactly why they mandated EcoHealth turn over "any and all unpublished data from the experiments and work conducted under this award." Clearly, NIH understands that this unpublished research could hold important clues. Yet rather than be honest with Congress that it needs more information to understand what happened, it is presenting a false veneer of confidence that there is absolutely, positively, no connection between federally funded research and the pandemic. Again: why?

There’s a third obvious question here. In chastising EcoHealth for its lack of disclosure – including a progress report that was delivered more than two years late – NIH states that "Additional compliance efforts continue."

I ask these questions for a simple reason. The origin of the pandemic is the most important question facing the world today.

Just think about that. NIH determined that EcoHealth violated the terms of its contract with the federal government, did not submit a required progress report until more than two years after it was due, and the only slap on the wrist NIH can muster is that it is continuing "additional compliance efforts." Is this the standard protocol for grantees? Is NIH’s oversight over its $42 billion budget this lax across the board? Or is EcoHealth receiving special treatment? Why?

I ask these questions for a simple reason. The origin of the pandemic is the most important question facing the world today. Many of my Republican colleagues, including on the House Oversight, Energy and Commerce, Foreign Affairs, and Intelligence Committees, are conducting diligent and critical oversight to find answers. Yet for some reason, the federal bureaucracy seems completely uninterested in examining the evidence staring it directly in the face. 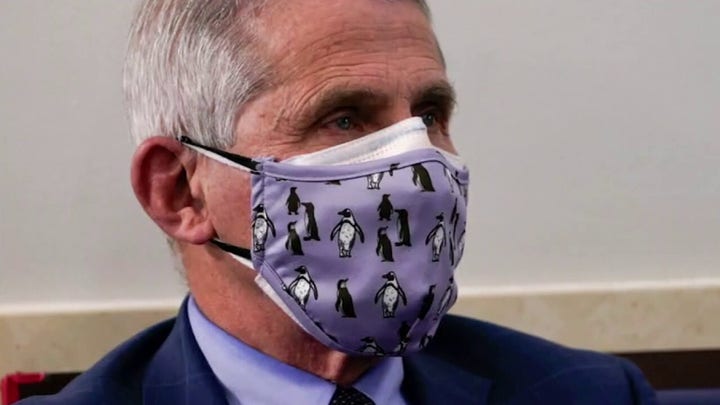 The answers here are not academic. The Chinese government is frantically trying to deflect blame for the pandemic onto the United States, first wildly accusing the U.S. military before more recently targeting, without a hint of irony, Maine lobsters. Arguments that downplay China’s culpability for the virus directly and materially support the CCP’s ridiculous propaganda campaigns and allow the Party to skate by without accountability.

While we do not yet know why our government – including the Biden administration, which released a farcical one-page shoulder-shrug of a summary after the fanfare of its 90-day COVID origins intelligence review – is taking steps that hinder a true investigation of COVID-19, we do know the cost.

Every day that passes without a serious inquiry into the pandemic is a day that COVID victims go without justice, that the Chinese Communist Party escapes accountability, and the truth remains buried.

Enough. It is time for a real investigation – now.