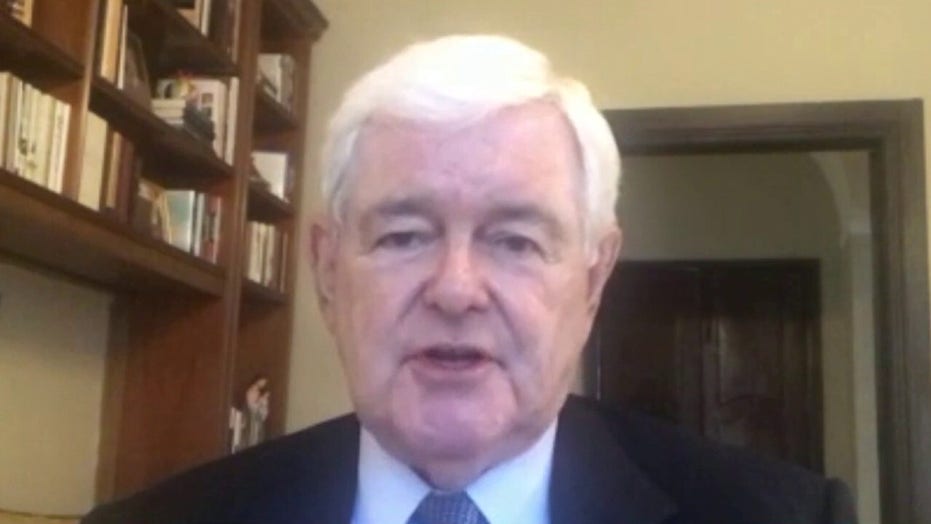 'Liberalism has been transformed in to anti-Americanism,' says Newt Gingrich reacting to statues being toppled over 4th of July weekend

President Donald Trump’s speech at Mount Rushmore may be the most important and historic speech of his career. If he continues to echo and reinforce the message of this profound speech, he will become as essential to the preservation of freedom in America for the 21st century as President Abraham Lincoln was in the 19th century and President Ronald Reagan was in the 20th century.

Not since Reagan has a president laid out the core values that make America free – and stood defiantly in defense of those values despite the ridicule and hostility of the elites, news media, academics and his political opponents.

President Reagan was focused on defending freedom from foreign threats – the Soviet Union and international communism. Reagan had a conversation in the late1940s over drinks with a Screen Actors Guild member who proclaimed himself a Stalinist. The actor said if the Stalinists won, Reagan would be imprisoned or shot. After this experience, the future president decided the Communist threat was real. He dedicated his life to defending freedom and defeating communism. Some four decades later, the Soviet Union disappeared. Over the course of this battle, Reagan’s speeches came back to the theme of freedom again and again.

President Trump has clearly had a similar epiphany. His Mount Rushmore speech was the clearest statement against a domestic threat to American freedom ever given by a modern national leader.

When President Trump said, “Our nation is witnessing a merciless campaign to wipe out our history, defame our heroes, erase our values and indoctrinate our children, ” he was guaranteeing the further bitter hostility of the propaganda media, which has replaced the news media.

“Angry mobs are trying to tear down statues of our Founders, deface our most sacred memorials and unleash a wave of violent crime in our cities. Many of these people have no idea why they are doing this, but some know exactly what they are doing.”

Then, he laid down the gauntlet:

This passage is historically significant because it places President Trump squarely in the middle of the cultural war on the side of America. He is fighting against those like Joe Biden, whose July 4th statement was the most anti-American of any presidential candidate in our history. Where Biden in a recent tweet said he did not want to rebuild America but transform it, President Trump clearly believes America is a country worth saving and rebuilding. The gap could not be wider.

“One of their political weapons is 'Cancel Culture’ – driving people from their jobs, shaming dissenters, and demanding total submission from anyone who disagrees. This is the very definition of totalitarianism, and it is completely alien to our culture and our values, and it has absolutely no place in the United States of America... This attack on our liberty, our magnificent liberty, must be stopped, and it will be stopped very quickly. We will expose this dangerous movement, protect our nation’s children, end this radical assault and preserve our beloved American way of life.” 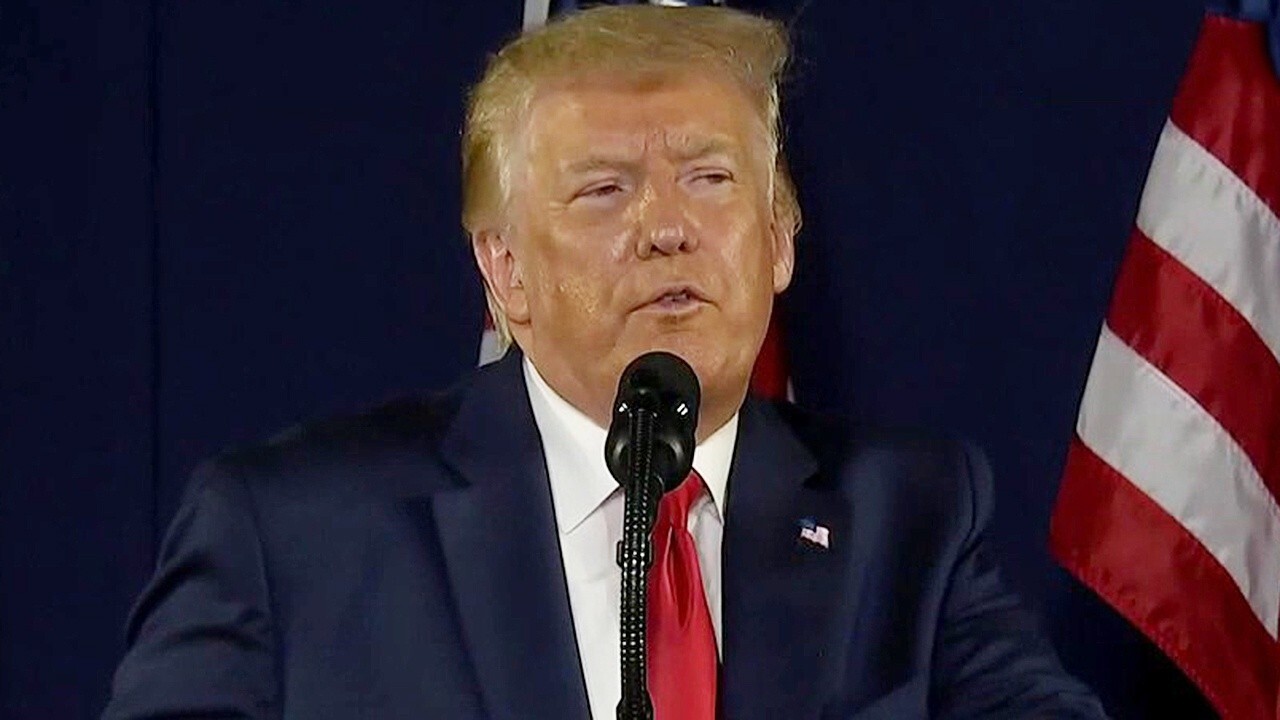 The president then used profoundly clear language to define the threat:

“In our schools, our newsrooms, even our corporate boardrooms, there is a new far-left fascism that demands absolute allegiance. If you do not speak its language, perform its rituals, recite its mantras and follow its commandments, then you will be censored, banished, blacklisted, persecuted and punished. It’s not going to happen to us.

“Make no mistake: this left-wing cultural revolution is designed to overthrow the American Revolution. In so doing, they would destroy the very civilization that rescued billions from poverty, disease, violence and hunger, and that lifted humanity to new heights of achievement, discovery and progress.

“To make this possible, they are determined to tear down every statue, symbol and memory of our national heritage.”

Compare this strong condemnation of the assault on America with the Basement Biden strategy of vaguely promising to “transform” America.

President Trump took direct aim at the killings, rapes and robberies in our great cities in a flatly politically incorrect way:

“The violent mayhem we have seen in the streets of cities that are run by liberal Democrats, in every case, is the predictable result of years of extreme indoctrination and bias in education, journalism and other cultural institutions.”

The Trump analysis was particularly appropriate this Fourth of July weekend, as we learned that tragically, in Chicago alone, 77 people were shot and 14 killed – including a 7-year-old girl at a Fourth of July party. Remember: The left wants to defund the police.

As Kevin McCullough pointed out in Town Hall, in six weeks, there have been 600 murders in six cities. All are run by Democrats. McCullough described the situation “a massive expansion in lawlessness, violence and murder. Stunningly, many news outlets seem gobsmacked and mystified at how or why such an explosion of lawlessness has occurred.”

In Atlanta, an 8-year-old girl was killed next to the burned-out Wendy’s where Rayshard Brooks was killed, which the city had tolerated as an autonomous zone.

President Trump understands that we are unlikely to see massive Black Lives Matter protests over the killing of a 7-year-old or an 8-year-old because it doesn't fit their political agenda. He also knows that telling the truth about the collapse of Democratic-controlled cities will be seen as divisive by the propaganda media of the Left.

We are fortunate that President Trump has the courage to say and do what he believes without regard to his critics. It’s exactly what American needs.