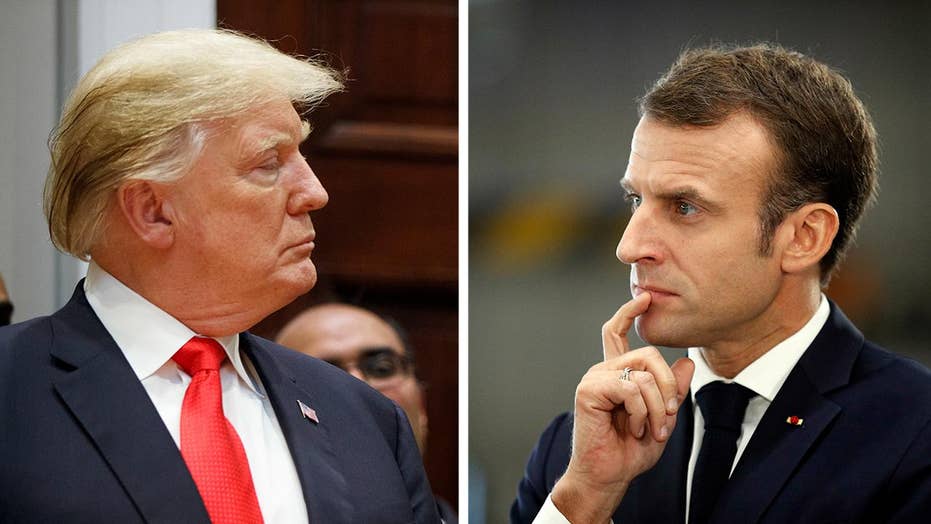 Much can be lost in translation, even in our modern world. Perhaps the latest incident is French President Emmanuel Macron launching his obvious, if sloppy, criticism of President Trump this week in Paris while ostensibly trying to honor the fallen soldiers from World War I on the 100th anniversary of the end of that conflict.

The French president said, in a clear reference to President Trump: “Patriotism is the exact opposite of nationalism. Nationalism is a betrayal of patriotism. In saying ‘our interests first, whatever happens to the others,’ you erase the most precious thing a nation can have, that which makes it live, that which causes it to be great and that which is most important: Its moral values.”

Nothing could be further from the truth.

Nationalism is actually the epitome of morality for a national leader. It is the moral imperative for any national leader to prioritize the security and interests of his or her citizens above all else. To place any other nation before one’s citizens is in fact immoral and a betrayal of the nation. It is in fact unpatriotic.

Macron is mistaken on many points, but he’s not alone.

German Chancellor Angela Merkel and many other global leaders agree with Macron’s sentiment. Merkel chimed in similarly against President Trump. Frankly, so would some previous American presidents.

Some of our past presidents have at times became so interested in nation-building abroad, creating global consensus for trade deals, negotiating nuclear deals and working on other international agreements that they have become disconnected from prioritizing the interests of the American worker and taxpayer. Diplomacy and deals are not good things in and of themselves; what matters is if they are pursued in the interests of the United States and our people.

There appears to be some confusion about what nationalism is. Some, like Macron, are of the mindset that nationalism is just another term for fascism or nations associated with fascists, such as the Vichy French during World War II.

But that’s not how President Trump defines nationalism. The U.S. president is certainly not advocating for the tribal, brutish perversion of nationalism embraced by the Nazi mass murderers who ruled Germany in the 1930s and 40s.

Instead, President Trump is embracing the nationalism of American Presidents George Washington and Abraham Lincoln, Britain’s Prime Minister Winston Churchill and great leaders of other nations who have dedicated themselves to serving their people and making their countries great.

It is not jingoistic or isolationist to suggest that the leaders of nations should be first and foremost concerned with their own nations and citizens.

The nationalism President Trump calls for is one that seeks an even playing field for all nations – not special deals and preferred treatment for the global elite. It means countries should engage with each other – and where interests align, stand together as partners. The partners should enter into mutual defense treaties like NATO and pay their fair share and contribute equally.

And President Trump understands that he should not be sacrificing American sovereignty and our national priorities and wealth on the altar of globalist fairy tales.

The globalist kumbaya of Western European leaders is based in the idea that we can all leave behind the borders of our nation and our history and heritage for a bright global future. Fortunately, voters the world over are rejecting these ideas, reminding their leaders that we should be a community of unique nations, not a global one-world government.

America has prioritized our national interests throughout our history, with an adherence to the ideals that have made us a singular nation – from the rule of law to free markets. This has been a blessing to the world. It is precisely because of these things that we have had the economic power to rescue Europe twice in the 20th century in the two world wars.

We must never sacrifice the health and wealth of Americans to satisfy a global consensus. Our politicians should always have before them, as their utmost priority, the interest of the American worker and taxpayer and the desire to make America great. They must adhere to the values and beliefs that made our nation the envy of the world.