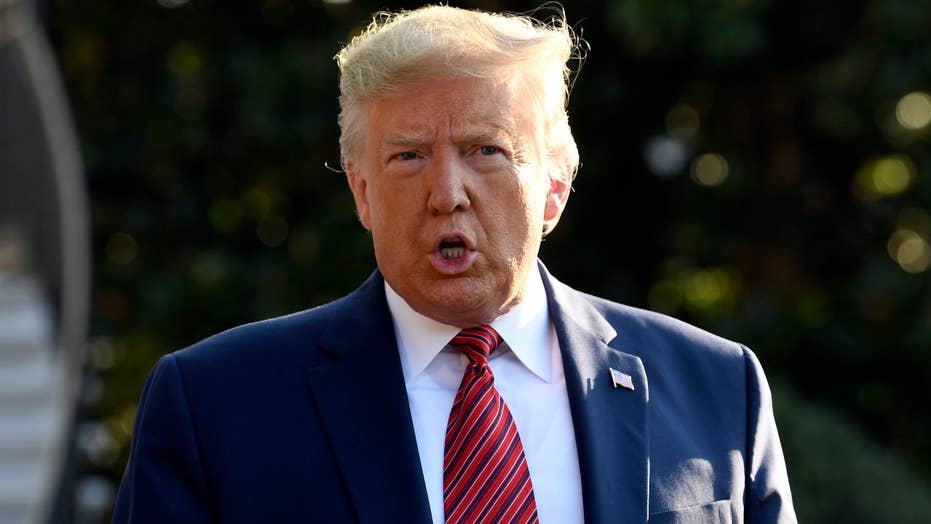 We don't yet know whether President Trump delayed some military aid to Ukraine as leverage to get Ukraine's president to reopen an investigation into Hunter Biden. But if we are concerned about U.S. officials inappropriately threatening aid to Ukraine, then there are others who have some explaining to do.

It got almost no attention, but in May, CNN reported that Sens. Robert Menendez, D-N.J., Richard Durbin, D-Ill., and Patrick Leahy, D-Vt., wrote a letter to Ukraine's prosecutor general, Yuriy Lutsenko, expressing concern at the closing of four investigations they said were critical to the Mueller probe. In the letter, they implied that their support for U.S. assistance to Ukraine was at stake. Describing themselves as "strong advocates for a robust and close relationship with Ukraine," the Democratic senators declared, "We have supported [the] capacity-building process and are disappointed that some in Kyiv appear to have cast aside these [democratic] principles to avoid the ire of President Trump," before demanding Lutsenko "reverse course and halt any efforts to impede cooperation with this important investigation."

And then there is Joe Biden. In 2016, the then-vice president threatened to withhold $1 billion in U.S. loan guarantees to Ukraine if the government did not fire the country's top prosecutor, Viktor Shokin.

According to The New York Times, "Among those who had a stake in the outcome was Hunter Biden ... who at the time was on the board of an energy company owned by a Ukrainian oligarch who had been in the sights of the fired prosecutor general." The Post reported it is "unclear how seriously Shokin — who was under fire by U.S. and European officials for not taking a more aggressive posture toward corruption overall — was scrutinizing Burisma when he was forced out."

What is clear is that Biden bragged about getting him fired, declaring last year: "I looked at them and said, 'I'm leaving in six hours. If the prosecutor is not fired, you're not getting the money.' Well, son of a b----. He got fired."

This weekend, Biden told reporters, "I have never spoken to my son about his overseas business dealings." That is flatly untrue. Hunter admitted in an interview with the New Yorker that his father expressed concern about the Burisma post at least once: "Dad said, 'I hope you know what you are doing,' and I said, 'I do.'" Moreover, the New Yorker reported, "In December 2015, as Joe Biden prepared to return to Ukraine, his aides braced for renewed scrutiny of Hunter's relationship with Burisma. Amos Hochstein, the Obama administration's special envoy for energy policy, raised the matter with Biden."

So, Biden was fully aware of his son's involvement with Burisma when he pressured Ukraine to fire the prosecutor in 2016. He should have known that his using U.S. aid as leverage to force the prosecutor's dismissal would create, at a bare minimum, the appearance of a conflict of interest.

On Tuesday, House Speaker Nancy Pelosi, D-Calif., announced that Congress will initiate a formal impeachment inquiry over the Ukraine episode, a move Joe Biden endorsed in a speech, declaring, "It's time for the Congress to fully investigate the conduct of this president." Such an investigation will be far more damaging for Biden than the president. It will keep the story of Biden's conflict of interest in the news through the 2020 election. Senate Republicans can demand that Hunter Biden testify, and subpoena Obama White House aides to explain under oath what the vice president knew and when he knew it.

Put aside the prosecutor's firing. Hunter took the position with a Ukrainian natural gas company just a few weeks after his father visited Ukraine in 2014 to urge its government to increase its natural gas production. He had no expertise in Ukraine or natural gas. It will not just be Republicans calling this suspicious; nonpartisan experts in ethics law will testify that this a major conflict of interest.

And the focus will not just be on Ukraine. It will also be on how, as The Post reported, "for more than two decades, [Hunter's] professional work often tracked with his father's life in politics, from Washington to Ukraine to China."

While Senate Republicans will not remove Trump from office, Democratic primary voters might decide that Biden and his troubles are a distraction they do not need. The irony is the Democrats' investigation might do more to deny Biden the presidency than Trump.