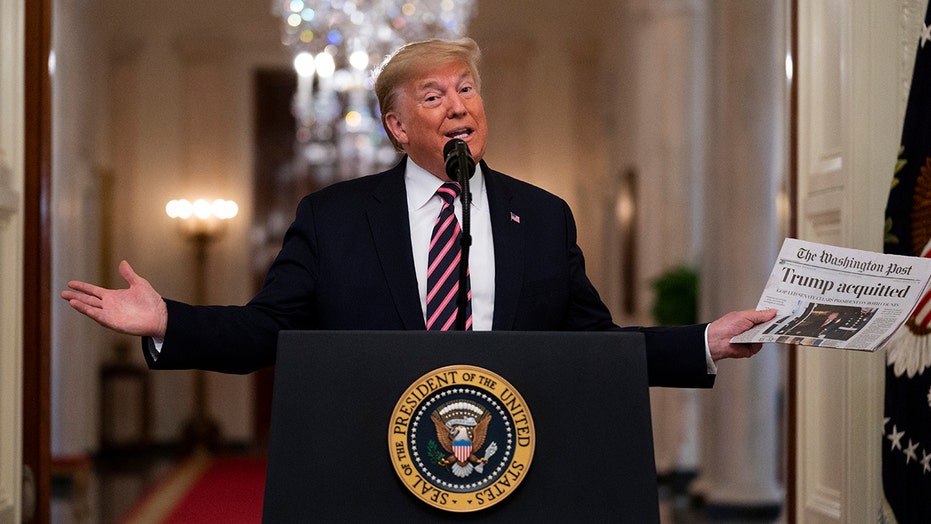 ‘If this had happened to President Obama, a lot of people would have been in jail by now.” So went President Trump’s morning-after remarks, following the GOP-controlled Senate’s acquittal vote, the denouement of the Democrat-controlled House’s approval of two thin-gruel articles of impeachment.

To say the president is defiant, that he is without remorse, understates the matter.

In a midweek speech explaining her not-guilty vote, Senator Susan Collins, R., Maine, maintained that the president had “learned his lesson.” By week’s end, she sheepishly allowed that her assessment had been “aspirational” — Collins’ aspiration, that is, not Trump’s.

The president would not pretend to be either sorry or grateful for his reprieve. This is a big part of what ardent Trump supporters love about their man. Alas, it is just as big a part of why the president’s approval numbers languish in the 40s when they ought to be in the 60s, with a humming economy, record low unemployment, and the nation at relative peace.

President Clinton was not sorry either — not really….