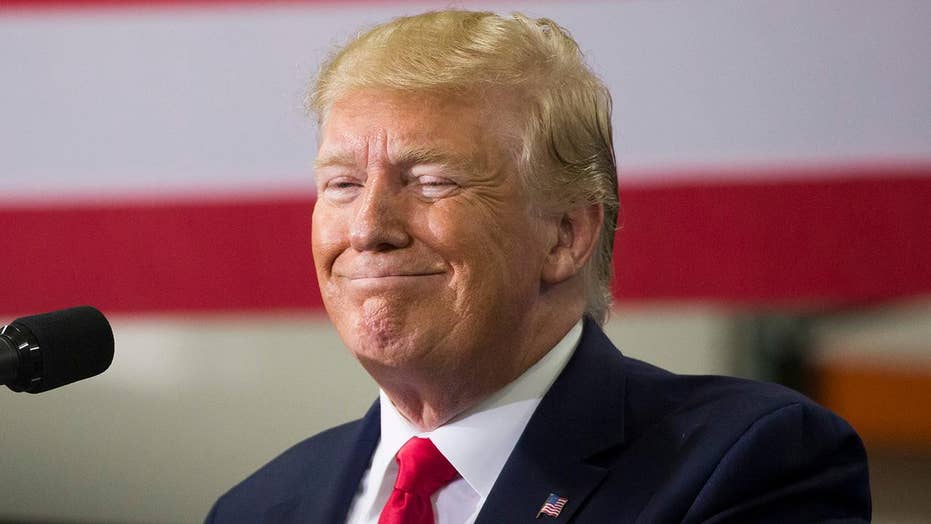 Will the Democratic agenda on health care, illegal immigrants guarantee a win for Trump in 2020?

Most Democrats running for president are promising to take away your private health care insurance in favor of a government-run health care system.

Along with the tax-raising implications of that promise, Democrats have given Republicans a remarkable opening in 2020: Winning an election on health care.

Here’s how they can do it.

OCASIO-CORTEZ: NOBODY IS ‘HEARTBROKEN’ AT THE PROSPECT OF LOSING PRIVATE HEALTH INSURANCE

First, the Democrats have locked themselves into positions that are beyond illogical. Consider these two Democratic positions:

1. They are demanding the end of private health insurance BECAUSE they say most Americans don’t have ACCESS to affordable health care.

2. Democrats are demanding that America provide free health care for millions of people here illegally and many more to come – a policy that would overwhelm our health care system.

Think about that: If Americans already have an access problem, how does adding millions to health care rolls solve that? Obviously, it doesn’t.

To the contrary, that policy will lead to millions more consumers and therefore even longer lines at the doctors. Longer lines are a form of rationed health care. After all, if you have to wait longer to see a doctor, by definition that reduces the amount of times you can see a doctor, which is the equivalent of rationing.

Those two Democratic positions expose the folly of the Democrats’ 2020 vote-buying strategy. If you promise everyone something, most actually get less not more. Beyond that, the Democrats have gone from the party of “If you like your doctor, you can keep your doctor” to “You can’t keep your health care insurance.”

How many could lose their health care? The Census Bureau said that, at the end of 2017, 294.6 million people had health insurance. Of that number, the census Bureau says that 67.2 percent had private healthcare insurance. No wonder that one study says that the Democrats’ plan could “Kick 181 Million Off Private Insurance.”

That’s a lot of potential voters who will want an alternative to losing their private health care.

In response, Republicans should do the following:

2. The extreme position represented by the Democrats allows Republicans to become the party of practicality not pipe dreams with huge price tags.

As part of that, Republicans should adopt this slogan:

“Republicans will let you keep your health care insurance. Democrats are promising to take it away.”

3. Finally, rather than shy away from health care, Republicans need to remember that elections are ALWAYS about the future. Voters ALWAYS want more. In this case, Republicans should give voters exactly what they want: a system that provides them with greater access to health care.

To do that, Republicans should offer this Patient Bill of Rights:

1. Every American should have the right to purchase affordable short-term health care plans.

2. Every American should have the right to purchase health care insurance across state lines.

3. Every American should have the right to deduct the cost of health care insurance.

4. Every American should have the right to an affordable health savings account.

As I recently wrote, the choices between Republicans and Democrats in 2020 will be the widest such choice between parties since Reconstruction in the late 1800s. The Democrats’ promise to take away health care and to tax people to get it done is the most extreme position taken by a party in over 130 years.

Republicans need only to be practical in opposing Democrats to win in 2020.

On the other hand, not offering an alternative could allow Democrats to win pursuant to the old adage: You can’t beat something with nothing.

In 2020, that mean countering the Democratic plan all the way to the White House.