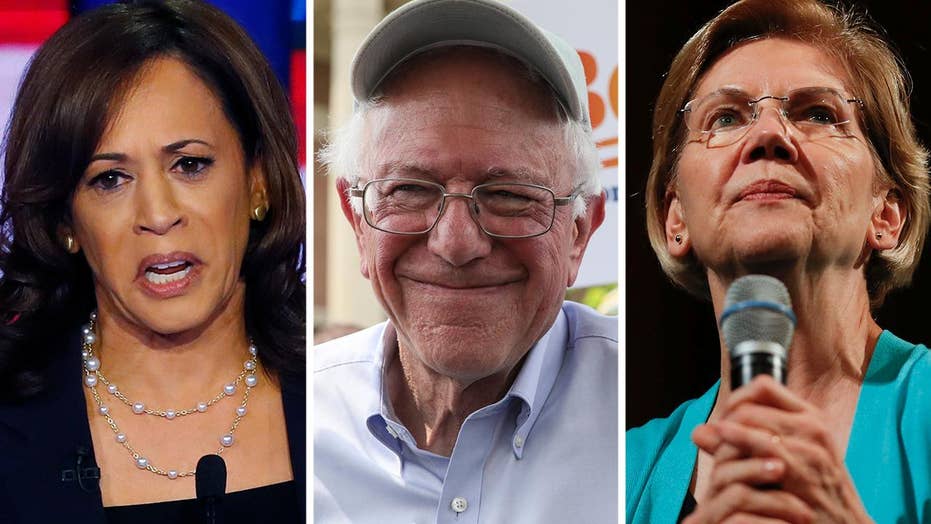 Which 2020 Democrat has the edge in Iowa?

Obviously, they can’t all be right. So, who’s right?

Given their wide disparity, no one can be sure and that’s the point. This Democratic race for president is now wide open.

Here’s what we do know:

1. The consensus is that Biden is still in the lead – but his post-debate lead is now much smaller.

2. As a result, Biden is no longer thought of as invincible.

Indeed, 78 percent of the Democrat partygoers in the CNN poll want someone other than Biden.

Also, remember that Biden is a known quantity. He has been around 50 years and was vice president a few short years ago. No one is suddenly going to fall in love with Joe Biden. It is much more likely that he had his high-water mark already and is starting to fade.

3. The Democrats have a generational problem.

In that recent ABC/Washington Post poll, Sanders leads Biden among those 49 and younger but Biden leads Sanders among those older than 50. If Biden holds on, you have to ask whether he can hold onto to younger Democrats. That uncertainty motivates Sanders as well as the other candidates.

4. The Democrats are only unified about Trump.

We have known for the entirety of Trump’s presidency that many Democrats want nothing more than to see Donald Trump no longer be president. Many placed their hopes in Robert Mueller. Despite the finding of no collusion, one recent poll shows that 67 percent of “self-identified Democratic respondents said lawmakers should begin impeachment proceedings” – a number that is on the rise despite the Mueller report conclusion of no collusion.

Failing that, given that only 10 percent of Democrats approve of the way Trump is handling his job in a recent ABC/Washington Post poll, you can be sure that Democrats are rather unified in wanting to stop Trump from winning a second term.

5. The Democrats are divided over the policy direction of the party.

Elections are about the future and over that the Democrats are divided.

According to that ABC/Washington Post poll, only 64 percent of Democrats support a single-payer health care system that does away with private insurance. While that may seem high to non-Democrats, that still means over 1/3 of Democrats are against the largest policy initiative being pushed by the 2020 Democrats.

As for the Green New Deal, another massive policy initiative, Sens. Kamala Harris, Bernie Sanders, Kirsten Gillibrand, and Cory Booker were for it early. Warren likes the idea of it.

After the debates, Sanders, Warren and Harris are ranked two, three and four among the Democratic presidential hopefuls. So where is Biden on it? He released his own plan that garnered this recent Washington Post headline read: “Joe Biden embraces Green New Deal as he releases climate plan.”

As for the non-presidential candidate Democrats, House Speaker Nancy Pelosi will have nothing of it. She wants to keep the House and knows the Green New Deal jeopardizes that. Meanwhile, 42 Senate Democrats voted present when it came up for a vote in March. That hardly represents unity on the other major policy issue facing Democrats in 2020.

The majority of voters, meanwhile, are against both of those initiatives.

As for Steyer, he announced Tuesday that he's launching a bid for the Democratic presidential nomination. He has pushed impeachment for the last two years and will pour millions of his own money to upend the already uncertain Democrat race.

So, what’s the bottom line with all of this?

Iowa is just seven months away. Just a few points could mean the difference for a candidate going on after Iowa and going home. Absent consensus within the Democratic Party on policy and candidates, and with mere points currently separating the presidential candidates, none of the major candidates will be ceding anything to their rivals – nor should they.

All that means you can expect a bruising fight among Democrats into 2020 – a fight which jeopardizes Democratic candidates everywhere and delights Republicans and President Trump.