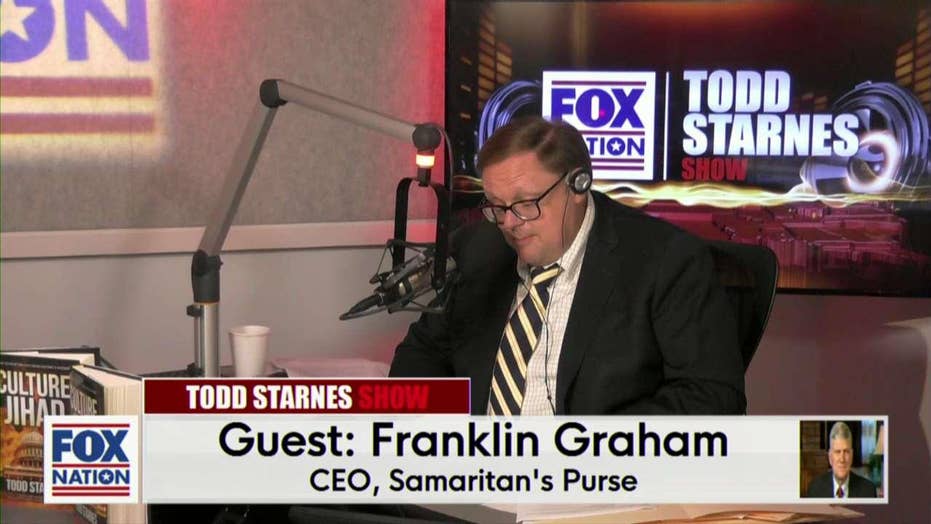 A small, but growing number of people made famous because of their faith are now using their platforms to reject the teachings of Christ.

John Cooper, the lead singer in the rock band Skillet, said it best in a Facebook post: “What in God’s Name is Happening in Christianity?”

FRANKLIN GRAHAM: MY FATHER BILLY GRAHAM'S LEGACY LIVES ON, ONE YEAR AFTER HIS DEATH

Cooper was expressing his deep concerns about so-called Christian leaders who are openly renouncing their faith and others who are turning their backs on biblical teachings.

CLICK HERE TO PRE-ORDER TODD'S EXPLOSIVE NEW BOOK "CULTURE JIHAD -- HOW TO STOP THE LEFT FROM KILLING A NATION."

“We are in a dangerous place when the church is looking to 20-year-old worship singers as our source of truth," he wrote. "We now have a church culture that learns who God is from singing modern praise songs rather than from the teachings of the Word.”

"We must STOP making worship leaders and thought leaders or influencers or cool people or 'relevant' people the most influential people in Christendom," he wrote.

Over the past few weeks the Christian community has been rocked by revelations that Joshua Harris, the author of "I Kissed Dating Goodbye," had renounced his faith. And most recently, Hillsong's Marty Sampson announced his faith in Christ was on “incredibly shaky ground.”

I asked Franklin Graham, the president of Samaritan's Purse and the Billy Graham Evangelistic Association, about this weird trend surrounding Christian leaders and influencers during an interview on my nationally-syndicated radio program.

"They're in a very dangerous place to be out from under God's protection," Graham said during an interview on "The Todd Starnes Radio Show." "For whatever reason they have decided they're going to turn their back on God and God standards."

Graham said he is especially disturbed by Christians who publicly renounce their faith in Christ, citing a warning from the Book of Revelation.

"(God) warns churches that turn their back on him and these young men who have renounced their faith have made it so public," he said. "Why did they make it so public? I think they just want publicity. Otherwise, why didn't they just leave their faith and just be quiet about it?"

He wondered if the reason why was so that other Christians might join them and fall away from the teachings of the Bible.

"Shame on them," Graham said. "You'll stand before God one day and give an account to Him."

Cooper, in his Facebook post, pointed out a “common thread” among the leaders and influencers who are saying “no one else is talking about the REAL stuff.”

“This is just flatly false,” he wrote. “I just read today in a renowned worship leader’s statement, ‘How could a God of love send people to hell? No one talks about it.’ As if he is the first person to ask this? Brother, you are not that unique. The church has wrestled with this for 1500 years. Literally. Everybody talks about it. Children talk about it in Sunday school. There’s like a billion books written on the topic. Just because you don’t get the answer you want doesn’t mean that we are unwilling to wrestle with it. We wrestle with scripture until we are transformed by the renewing of our minds.”

Graham echoed that point during our interview on my radio show.

We must put our faith in Jesus Christ, not a celebrity influencer. And when we find ourselves facing difficulties in life, we must turn to the Bible instead of self-help books.

And that should be our prayer for Christian “influencers” like Mr. Harris and Mr. Sampson – that one day they might truly put their faith and trust in Christ.