There aren’t enough billionaires in the world to pay for AOC, Beto, and Bernie’s socialist proposals 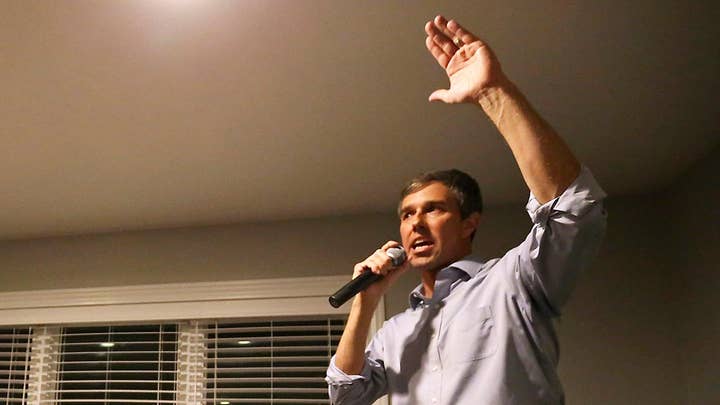 Another day, another Democrat announcing a 2020 run for president.

You’re forgiven if you’re having a hard time keeping track of the seemingly never-ending list of Democratic challengers. Here’s a simple summary you might find helpful: Virtually all of the candidates currently in the race support imposing a vast array of socialist policy proposals that would decimate the U.S. economy and severely limit individual freedom.

Among the proposals backed by candidates like O’Rourke [JH1] and Sen. Bernie Sanders, I-Vt., are a national single-payer health care system, which the Mercatus Center estimates would cost $32 trillion in the first 10 years, and the total elimination of nearly all fossil fuels in just a decade, destroying the millions of jobs and thousands of businesses related to the coal, oil, and natural gas industries.

The costs of these and numerous other far-left policies backed by the leading Democratic candidates for president would be immense. The American Action Forum estimates Rep. Alexandria Ocasio-Cortez’s “Green New Deal”—which includes a single-payer health care proposal and Democrats’ fossil fuel ban—could cost as much as $94 trillion in the first 10 years. The Green New Deal has received support from virtually all top Democratic presidential candidates, including O’Rourke and Sanders.

When leading Democrats have been asked how they plan to pay for all these job-killing monstrosities, the only answer they can seem to come up with is to raise taxes on the wealthiest Americans—or, as Ocasio-Cortez calls them, the “tippy top.”

“People are going to have to start paying their fair share in taxes,” Ocasio-Cortez told 60 Minutes in January, later adding, “But once you get to, like, the tippy tops—on your 10 millionth dollar—sometimes you see tax rates as high as 60 or 70 percent.”

They know the only hope they have of coming up with the money they need is to dramatically increase taxes on middle-income and upper-middle-income families or to print tens of trillions of dollars. Neither strategy would help Democrats win in 2020.

The truth is, however, there aren’t enough millionaires and billionaires in America to pay for Democrats’ new socialist programs. IRS tax data from 2016, prior to the tax cuts passed by Republicans in 2017, show households earning $10 million or more paid $116 billion in federal income taxes. [JH2] Using the 2016 figures as a baseline, even if Democrats were to repeal the Tax Cuts and Jobs Act and then triple income tax revenues paid by those earning $10 million or more, it would only generate less than $4 trillion over a decade, much less than the $32 trillion that would be needed to pay for single-payer health care and much less than one-tenth of what could be required to pay for the entire Green New Deal package.

But even these stunning figures don’t tell the full story. Forbes reports the combined total net worth of the 400 richest Americans, including Amazon founder Jeff Bezos and Microsoft founder Bill Gates, is only $2.9 trillion. Even if Democrats were to confiscate every penny and piece of property belonging to the wealthiest billionaires in America and repeal Republicans’ tax reform legislation and raise the top marginal tax rate on households earning $10 million or more, it would likely amount to less than $7 trillion over 10 years[JH3] —and that requires making all sorts of favorable assumptions for Democrats, including that the wealthy wouldn’t move their fortunes out of the country prior to these tax rates going into effect.

Despite these figures, the left continues to tell Americans lies about the wealthy, repeatedly suggesting they don’t pay their “fair share”—a concept that Democrats have never once defined—and that if the wealthy were to pay more, the federal government would have plenty of cash to pay for all of the Democrats’ socialist dream programs. The reality is that Democrats’ proposals are so radical, millionaires and billionaires don’t have enough money or property to pay for even half of what Democrats are calling for.

In fact, Forbes notes the total net worth of every billionaire in the entire world only amounts to $8.7 trillion[JH4] , indicating that, quite literally, there aren’t enough billionaires on planet Earth to pay for Democrats’ socialist proposals.

If Democrats can’t raise enough tax revenue to cover the costs of their plans, why do they keep lying to the public? The reason for their deception is because they know the only hope they have of coming up with the money they need is to dramatically increase taxes on middle-income and upper-middle-income families or to print tens of trillions of dollars. Neither strategy would help Democrats win in 2020, so the lies continue.

If working American families want to embrace the socialist policies of Ocasio-Cortez, O’Rourke, and Sanders, they better prepare to foot the massive bill.