The GOP establishment has ruined the Republican brand 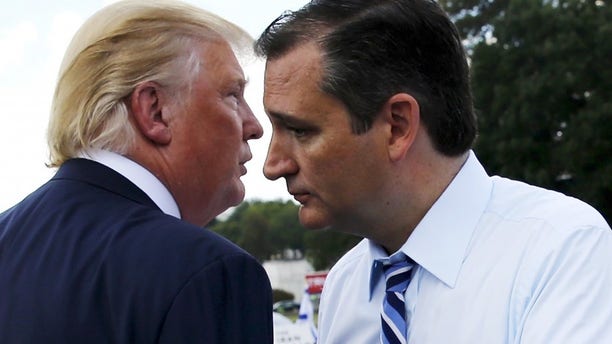 In Politico Tuesday, Republican elites warned that if Donald Trump or Ted Cruz become the nominee it would ruin the Republican brand.

How's that for party unity and loyalty?

More to the point: What brand?

The GOP brand is already ruined. And they ruined it.

The GOP brand was one that championed limited government. The second largest expansion of the federal government came under the stewardship of President Bush 43 with the GOP in control of both the House and the Senate. Since 2008, the growth has exploded, with more debt added during the Obama administration than all others combined. And since 2010, the GOP leadership has approved every single spending measure.

So much for limited government.

The GOP brand championed family values. They have done virtually nothing to uphold the American family in the face of relentless attacks from anti-family leftwing radicals. It is now illegal to defend your religion. God is being expelled from the public square everywhere. Marriage as a sacred institution has been abandoned. We are being forced to fund the killing of babies. None of these things were imaginable a generation ago. The GOP leadership has stood down every time families begged them to rise up.

So much for family values.

The GOP brand championed a strong national defense. Our adversaries are dangerous, threatening and on the march everywhere. Islamic terrorism is sweeping the globe. This administration has responded by gutting the military – and the GOP has endorsed it. Just as worrisome, our military are being emasculated from within by a politically-correct deconstructionist agenda that is ruining morale. The GOP is doing nothing about it.

So much for the commitment to a strong national defense

For years the GOP elites, along with their high-priced consultants, have cynically manipulated the Republican base, constantly promising to deliver on one issue after another, in order to get elected, yet delivering on nothing because there was never the intention of doing so.

Time and again since 2010, the Republicans have pledged to defund Obamacare. They’ve had countless opportunities to do so with meaningful legislation. Every time the opportunity has arisen, they’ve headed for the tall grass.  Fail.

Republicans ran tens of thousands of ads in 2014 promising to stop Obama’s executive amnesty overreach.  The moment to opportunity presented itself – they funded it.. Fail.

The Republican leadership declared its intention to stop federal funding of Planned Parenthood for once and for all. No serious effort has been enacted. Fail.

These Republicans declare in all of their speeches that they intend to rein in spending and shrink government – yet haven’t once even tried seriously. Fail.

I’m sure I could think of more failures. But there’s something I can’t recall. Beyond welfare reform and the naming of two superb Supreme Court Justices, I can’t think of any GOP accomplishment advancing the GOP brand over the past quarter century.

The rise of Trump and Cruz (and Carson and Fiorina too) is a direct reaction to the establishment’s own criminal incompetence.

But the GOP honchos are so blind to reality they can’t see any of this, or too dishonest to admit it. From Politico:

In private conversations with several former aides, Mitt Romney, who in March will keynote the National Republican Congressional Committee’s annual fundraising dinner, has expressed rising frustration about Trump’s prolonged lead in polls and has argued that the real-estate mogul could inflict lasting damage on the party’s brand.

This from the Democrat-lite Republican who inexcusably couldn’t defeat the incumbent more vulnerable than even Jimmy Carter.  His solution is to call for more of the same against Hillary Clinton.

Why does anyone bother listening to these men?

At some point, we have to deal with the fact that there are at least two candidates who could utterly destroy the Republican bench for a generation if they became the nominee… We’d be hard-pressed to elect a Republican dogcatcher north of the Mason-Dixon or west of the Mississippi.

For them—the incumbents, the consultants and the Chamber—it is always about power. Their power.