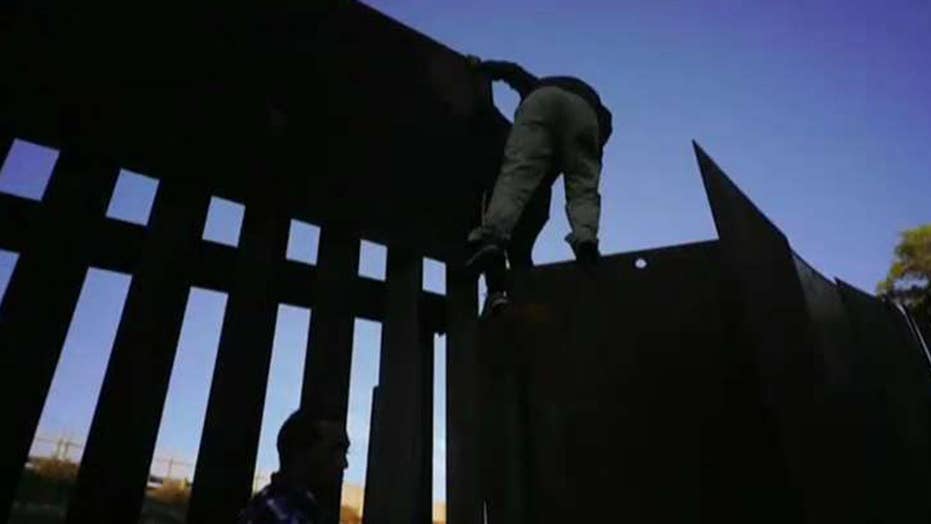 The Centers for Disease Control and Prevention released a shocking report last week revealing American life expectancy is down as a result of higher drug overdose deaths and suicide. For those watching, the advent of ObamaCare, the Republican failure in reversing that debacle and the refusal of politicians to secure our southern border all have a hand in this monstrous development.

The Guardian reported earlier this year, “Drug overdoses killed more than 72,000 people in the United States last year – a new record driven by the deadly opioid epidemic, according to data from the Centers for Disease Control. The CDC estimates that 72,287 people died from overdoses in 2017, an increase of about 10 percent from the year before.”

For perspective, those overdose deaths in that one year are more that the U.S. deaths in the Vietnam, Afghanistan and Iraq wars combined.

The suicide rate is also skyrocketing. There were more than 47,000 suicides last year, the highest in 50 years, according to the CDC.

The CDC said it doesn’t want to speculate about the reason for the uptick in suicides, but we do know it’s rarely one factor. CBS reported on an earlier CDC investigation into suicide that “researchers found that more than half of people who died by suicide during the study period did not have a known diagnosed mental health condition at the time of death. Other issues, including relationship problems, substance abuse, physical health problems, job- or money-related stress, legal or housing problems often contributed to risk for suicide.”

We do know the Obama years were a disaster economically and otherwise for this nation. Yes, he also inherited an economic collapse delivered by the Bush administration and made possible by an establishment on big government auto-pilot. In the mix of this malignant neglect by the swamp, Americans lost their homes, their jobs and their savings. The system, then under Obama, was still in the taking mood, and we lost our doctor, hospital and access to health care.

Americans have always been resilient, and we still are. We have faced hardship before, and have fought to come out of it. We aren’t suddenly choosing to be drug addicts and suicides because we’re tired. Something intervened, and that something is a combination of government meddling in health care and a deliberate lack of control of our southern border.

As we finally address the prescription opioid epidemic, many turned to street drugs as an alternative. Heroin addiction climbed, and the even more deadly fentanyl is now destroying lives.

“The problem now is not doctors and legitimate prescriptions. It is criminals and illegal drugs. These illegal drugs are being trafficked into the U.S. by criminal smugglers primarily from Mexico and China. Mexico’s Sinaloa Cartel, the criminal enterprise once led by Joaquin ‘El Chapo’ Guzman, is a driving force in the surge in fentanyl crossing the border,” USA Today reported in June. “Currently, 80 percent of the illegal fentanyl seized by the DEA has been traced to Mexico’s Sinaloa Cartel. Illegal opioids are being imported into our country through and from Mexico on a daily basis. These are being sourced by Chinese factories and Mexican cartels.”

In May, “Fentanyl seizures at the U.S.-Mexico border have jumped 750 percent in the first seven months of fiscal year 2018 compared to the same period a year earlier, according to a Department of Homeland Security spokesperson,” the Washington Examiner reported.

The revelation about life expectancy, drug overdoses, and suicide is alarming for our country. At first blush, one might see it as a sign of an irreversible decline of life or the breakdown of the American character, but neither is true. It’s imperative we recognize the life and death role political decisions have on our lives, and as we see, our deaths.

As a nation, we are in denial about the source of these deadly problems because the solution would disturb the establishment’s drive for nationalized health care (which would be ObamaCare on steroids) and the refusal to secure the southern border.

There is some hope as President Trump remains focused on securing the border, but reminding the U.S. people that the open border allows the drug cartels to mass murder Americans every year must be a priority. The wall, which Democrats and Never Trumpers still like to mock (and still work to obstruct) is a singularly important mechanism that will help save thousands of U.S. lives every year by finally locking the open door into this country available to the drug cartels.

At the Group of 20 summit in Brazil, Trump continued his commitment to confronting this war on the American people.

“Last month, a Congressional commission said China – which it previously called the ‘largest source of illicit fentanyl and fentanyl-like substances in the United States’ – was not doing enough to stop the drug and its related analogs from reaching U.S. borders. The Trump Administration has also made it a priority to crack down on the flow of fentanyl-like substances from China, which may enter the country either directly through the mail, or indirectly via cartels,” the news magazine noted.

In their pursuit of money, votes and power, politicians for far too long have accepted a certain percentage of U.S. deaths as collateral damage. The only way this madness will stop is when we say enough is enough. Renewing our demand for the southern border wall, and refusing to be led quietly into the nightmare of nationalized health care, is where we start to take our lives back.