Father of Polly Klaas, 12-year-old who was kidnapped and murdered, says Gov. Newsom showed mercy to inmates on death row who have never shown mercy in their lives.

During the past eight years, California voters have twice reiterated their support for the death penalty by defeating propositions seeking to overturn it.

If anyone was confused about Californians’ understanding of the death penalty representing an important part of justice, in 2016 they even passed a proposition calling for the speeding up of executions by shortening the decades-long appeals process.

In other words, Californians want the death penalty, and they want to it happen faster and more often.

TAMMY BRUCE: DEMOCRATS CASUALLY ADMIT THEIR OBSCENE ACCUSATIONS AGAINST TRUMP AND HIS SUPPORTERS WAS A SHAM

Last week, despite this undeniable demand by the voters, California’s new Democratic governor, Gavin Newsom, announced a “moratorium” on the death penalty in the state, effectively granting a reprieve to the 737 condemned killers on California’s death row.

The Bakersfield Californian issued an editorial blasting the governor’s move:

“… If opponents want to abolish the death penalty, they must convince voters. They must clear up judicial concerns over these executions. They must find ways to deliver assurances that people who commit some of the worst crimes will legally and humanely receive the worst punishment. Although Newsom long has publicly opposed the death penalty, he pledged during his 2018 gubernatorial campaign to ‘respect the will of the voters.’ He lied. Just three months into office, he has signed an executive order reprieving -- or halting -- the death sentences of all 737 inmates on death row. …” 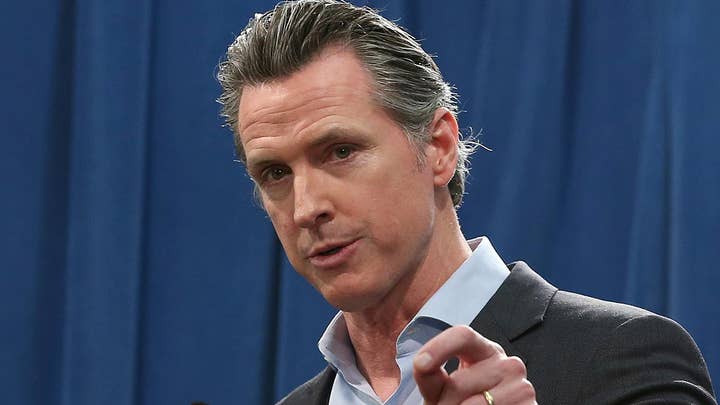 In typical Democratic fashion, when Newsom was running for governor back in 2016, he indeed misled everyone about his anti-death penalty intentions. After all, the ends justify the means. In the aftermath of the governor’s action, the San Francisco Chronicle reminded readers, “But when The Chronicle asked candidates last year for their views on capital punishment, spokesman Dan Newman said Newsom ‘recognizes that California voters have spoken on the issue and, if elected governor, he’d respect the will of the electorate by following and implementing the law.’ “

Yeah, well, not so much.

Newsom’s statement about his decision was as self-referential as one would expect from a politician who decided only his personal opinion counts. The Associated Press noted his “intensely personal terms” during his press conference announcing the decision: ” ‘It’s a very emotional place that I stand,’ he said. ‘This is about who I am as a human being, this is about what I can or cannot do. To me, this is the right thing to do.’ “

The juries who deliberated and handed down those sentences would disagree, as would most of the friends and families of the victims of maniacs who destroyed lives in the most horrific of ways.

While Newsom has betrayed the trust of the voters, he has also ripped away the possibility of justice from the families of victims. Consider the people likely made very happy by Newsom’s self-indulgent posturing. The Washington Examiner reminds us of just seven of the 737 people on California’s death row:

“Lonnie David Franklin Jr., 66, known as ‘the Grim Sleeper,’ was convicted in 2016 of killing nine women and one teenage girl between 1985 and 2007, but investigators believe he is the one behind at least 25 murders.

“Rodney Alcala, 75, is known as ‘the Dating Game Killer’ for his 1978 appearance on “The Dating Game,” was convicted of killing seven women and girls. He could be responsible for 100 murders.

“Cary Stayner, 57, was convicted for killing four women within the span of five months near Yosemite National Park in 1999.

“Marcus Wesson, 72, was convicted in 2005 of murdering nine of his children, all of whom were fathered by him and were born to his wife, daughters, and nieces.

“Charles Ng, 58, whose prosecution cost $13 million, was sentenced to death in 1999 for killing six men, three women, and two infants at a cabin in the Sierra Nevada.

“Scott Peterson, 46, who was convicted in 2004 for murdering his wife Laci and his unborn son Conner.

In 2016, when voters rejected an attempt to eliminate the death penalty, the Sacramento Bee reported on the reaction of Laci Peterson’s mother, “Her mother, Sharon Rocha, was relieved when California voters in 2016 rejected Proposition 62, which would have eliminated the death penalty and commuted death sentences to life in prison without parole. ‘I just hope people truly understand what (the death penalty) is about,’ Rocha told The Bee in November 2016. ‘It’s not about revenge or paybacks. It’s about due justice.’ “

Unfortunately with the state government completely under the control of Democrats, due justice has now been replaced with Gavin Newsom’s feelings.