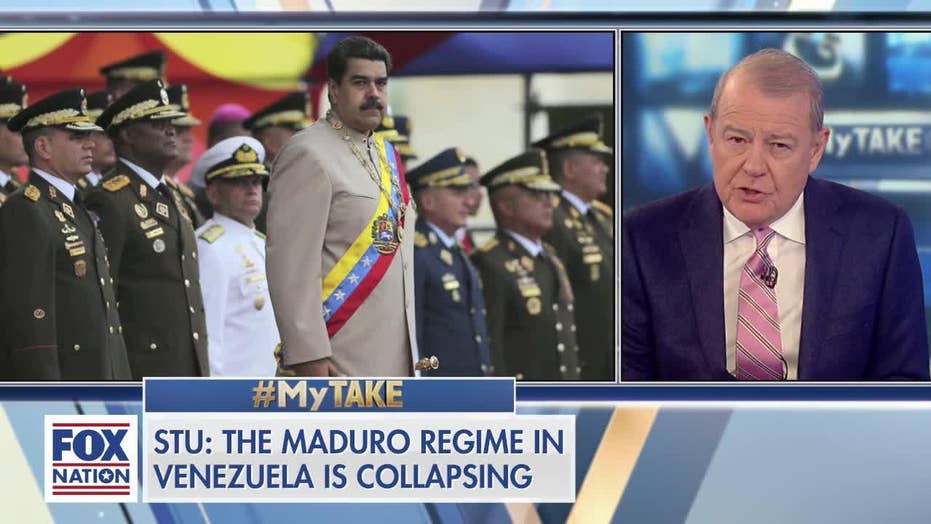 Varney: Could President Trump be on the verge of major foreign policy successes?

Trump’s triumph abroad: Stu gives his take on President Trump’s hard-line foreign policy and says the president is on the verge of big victories with Venezuela, Cuba, Iran, China, and the European Union.

I'm Stuart Varney and this is "My Take."

Could it be? Hardline Trump is on the verge of major foreign policy victories? Yes. It sure looks promising.

As of now, the Maduro regime in Venezuela is collapsing. He's a socialist dictator, propped up by the Cuban and Russian military. Sure looks like he's on the way out.

His secret police chief has defected. There are mass demonstrations in the streets. He can't hold on forever. Good. Regime change would be a big win for President Trump. But it's more than that... If Venezuela goes, Cuba is weakened badly, and loses a lot of face. And nearby Nicaragua will also take a hit. In short, Trump could run the table, and that would reverse the leftist politics of Latin America.

Then there's Iran. How about this headline from the Financial Times: "Iranian economy collapses under the weight of White House sanctions".

Note the use of the word "collapse." Very strong. The Financial Times does not use the word lightly. But it's the right word to use: Iran's economy is shrinking, again.

Inflation is taking off, again. And discontent is rising all over the country. Why is this happening? Because President Trump has sanctioned Iran, cutting off its oil exports: without oil revenue, Iran is flat-out bankrupt. You gotta call this a win for Trump.

On a less dramatic level, America is in the process of re-defining our trading relationship with China. That's a win.

We're redefining our relationship with Europe: good. For too long we've subsidized their cradle to grave of welfare systems by defending them against Russia. We got little thanks for that!

So add it all up: Venezuela, Cuba, Nicaragua, Iran, China, Europe: we are on the cusp of real foreign policy change: a change that's going our way.

Adapted from Stuart Varney's "My Take" monologue on Fox Nation on May 1, 2019.