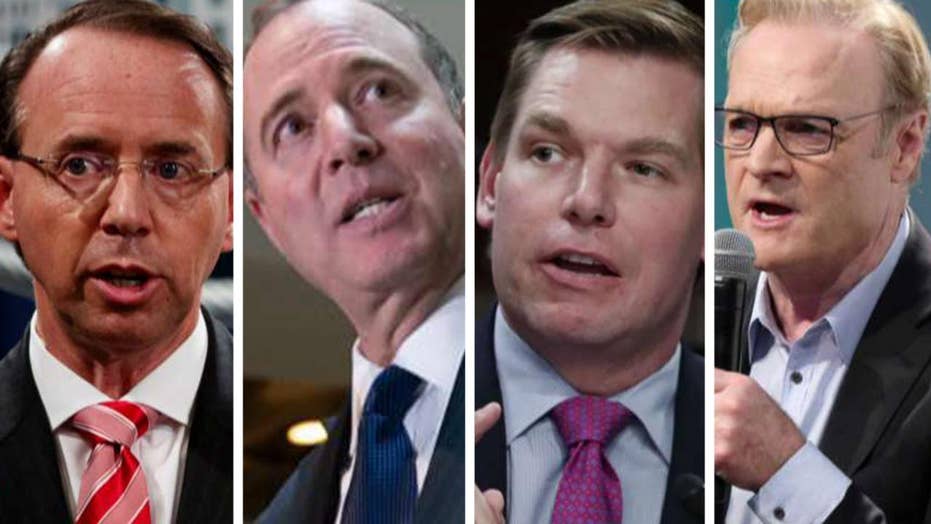 Steve Hilton: Who undermined our faith in democratic norms and America's institutions? It wasn't Trump

We now know that the entire basis of the Democratic Party's political agenda, the establishment media's news agenda, and the permanent bureaucracy's subversion agenda over the last few years was a lie.

The establishment said that President Trump obstructed justice to cover up these crimes. The attorney general says that was a lie as well.

For years, these pompous, self-regarding, condescending "IYI's" -- intellectual yet idiots -- in Congress, in the media, at the highest levels of government and those who recently served there -- all of them people who should know better -- for year, they have ruthlessly, recklessly, irresponsibly spouted their Russia conspiracy theory over and over and over again. And now the man they pinned their hopes on to prove they were right, Robert Mueller, has said that it is all a lie. There was no collusion. There was no conspiracy. President Trump is not a Russian agent. It was all a massive lie.

Think about what this has done. Thanks to the self-indulgent Russia ravings of the establishment, half the country now thinks that the 2016 election was stolen and that their president is a Russian agent. I'm telling you, nothing will change that. After years of hearing nothing else, the Trump-haters will always believe that, regardless of the Mueller report.

And thanks to the shocking subversion of senior apparatchiks in the Justice Department, the FBI, the CIA and National Intelligence, the other half of the country now thinks that these vital institutions are corrupted and cannot be trusted. What a disaster of the establishment's own making! For all their high-minded lectures about democratic norms and the rule of law and democracy dying in darkness, they're the ones who took a wrecking ball to the foundations of the republic.

And for what? For politics. All because you couldn't accept that a disruptive outsider who challenged the establishment consensus was actually elected president.

Thanks to the self-indulgent Russia ravings of the establishment, half the country now thinks that the 2016 election was stolen and that their president is a Russian agent. I'm telling you, nothing will change that. After years of hearing nothing else, the Trump-haters will always believe that, regardless of the Mueller report.

So now what? How do we move on? President Trump was magnanimous last week when he talked to Maria Bartiromo.

I don't agree. I don't think this country will ever heal unless people feel that there is fairness and accountability and equal justice.

Let's start with fairness. At some point, there will be another Democratic president, and when that moment comes, it is only fair that they, too, are treated exactly like President Trump has been. Joe Biden's personal and family corruption with China would have to be investigated. Kamala Harris' actions as San Francisco and California attorney general, her relationship with former California power broker Willie Brown, who claimed to have put her in key political positions - it must all be investigated. Beto O'Rourke - the claims and reports of his corruption and nepotism in Texas - we would need endless investigations of that. And then, once the next Democratic president has been treated just like President Trump, fairness will have been achieved, and America can move on.

Next: accountability. Who seriously thinks that the damage to our democracy can ever be repaired unless there is a thorough accounting of what went on at the FBI, the Justice Department, the CIA and the other corrupted components of the federal bureaucracy? We need a non-partisan equivalent of the 9/11 Commission to conduct a full and independent examination and make recommendations for how to restore public confidence. 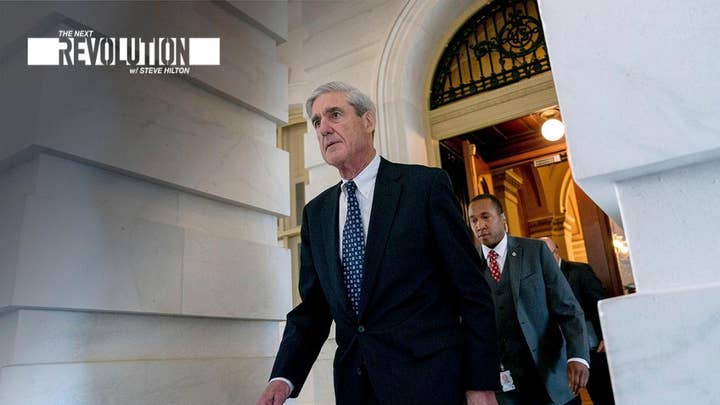 And finally, equal justice. For years, supporters of President Trump have watched aghast at the one-sided nature of the investigative process since 2016. There will be no coming together, no moving on, until there is an exact equivalent of the Mueller investigation to look into the actions of the Hillary Clinton campaign, the FBI and the Justice Department in the run-up to and after the 2016 election.

The establishment has been saying that the completion of the Mueller report is not the end, or even the beginning of the end, but just the end of the beginning of their campaign to undermine and overturn the 2016 election. So there you have it. We can now see that for the establishment, facts don't actually matter. Democratic norms don't actually matter.

Adapted from Steve Hilton's monologue from "The Next Revolution" on March 24, 2019.