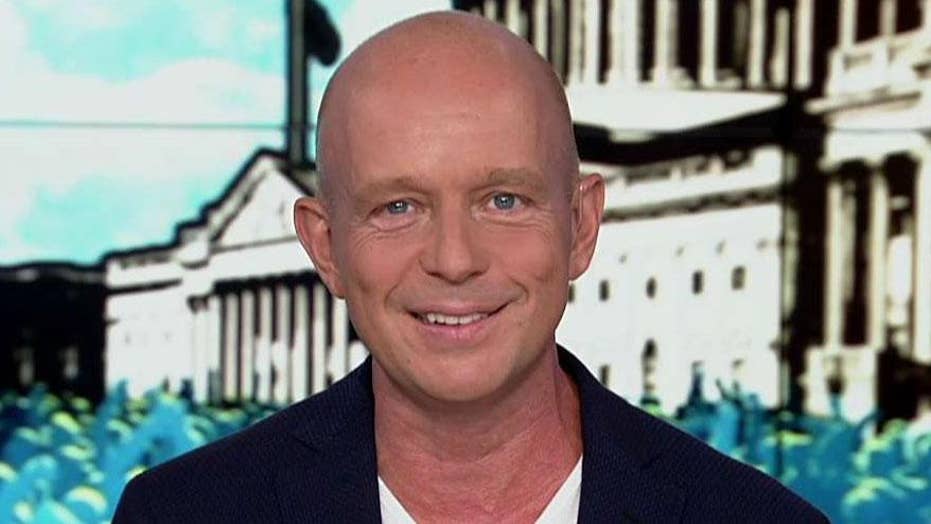 Steve Hilton: When it comes to immigration, if Trump is for it then the Democrats are against it

The Trump administration is finally putting together the reasonable, coherent immigration policy America has needed for nearly 50 years.

After all that fuss, all those dramas, government shutdowns, whatever, we learned last week that guess what? The wall is being built -- 60 miles already done and between 450 and 500 miles by the end of next year.

As always, when we talk immigration, I'll start by saying I'm pro-immigration. I'm an immigrant myself, twice over - my parents to Hungary and now me here to America, where, as I mentioned a couple of months ago, I hope I'll soon be a citizen.

And by the way, that goes for the vast majority of Trump supporters -- decent people who just want the best for their country and are sick of being smeared as racists for supporting immigration policies which, let me remind you, were once widely held by Democrats.

Let's pick, I don't know, a couple of random Democrats. How about Joe Biden and Chuck Schumer.

Who could possibly disagree with that? Oh ...

In 2016, Biden said, "We can't wall ourselves off from the problems that are not bound by borders -- the threat of communicable diseases like Zika, drug trafficking, climate change. No wall can be built."

In 2018, Schumer said, "It is a shame that this president, who's plunging the nation into chaos, is throwing another temper tantrum and gonna hurt lots of innocent people. The Trump temper tantrum may produce a government shutdown. It will not get him his wall."

Yeah, a wall is immoral -- except both of them voted for the 2006 Secure Fence Act, which actually had more money in it for more wall than even President Trump is building. Whatever the issue, whatever the facts, if Trump's for it, they're against it, regardless of their previous views. What a bunch of total charlatans these Democrats are!

It's the same idiocy with asylum. The president and his team scored a major victory in the Supreme Court this past week which lifted an injunction on a new rule which requires asylum seekers to claim asylum in the first safe country they come to, rather than travel through countries because they want to get to America and claim asylum here.

Predictably, the Democrats lost their minds. Nancy Pelosi released a totally deranged and factually inaccurate statement, including this: “The Supreme Court’s decision to allow the Trump administration to inflict its cruel new asylum policy on the world’s most vulnerable populations at the southern border is deeply disappointing, profoundly dangerous and a clear departure from both U.S. and international law."

These people are so ridiculous. It's not a departure from international law; it brings us in line with international law. Do they even know that this new Trump asylum policy is basically the same as the European Union's?

The Democrats and the establishment state media have totally lost the plot on immigration. That's because they've lost touch with working Americans.

Look, there's a difference between asylum and migration. Of course, people want to come to America. It's the greatest place in the world. But you've got to have an orderly process. Public consent for immigration depends on government control of immigration. We haven't had that here since at least 1986, when President Reagan signed the disastrous Immigration Reform and Control Act, which did the exact opposite.

El Salvador, Honduras and Guatemala are democracies, not dictatorships. Guatemala just voted in a new president. The Democrats and the establishment say those countries are corrupt -- well, yes, they are. But not as corrupt as Washington, where Vice President Biden took over a billion dollars in bribes from the Chinese government in the form of payments to Biden family businesses.

Or where Vice President Dick Cheney engineered a war that funneled billions of dollars to the company where he was CEO.

Or where members of Congress are funded by the exact same businesses they regulate. 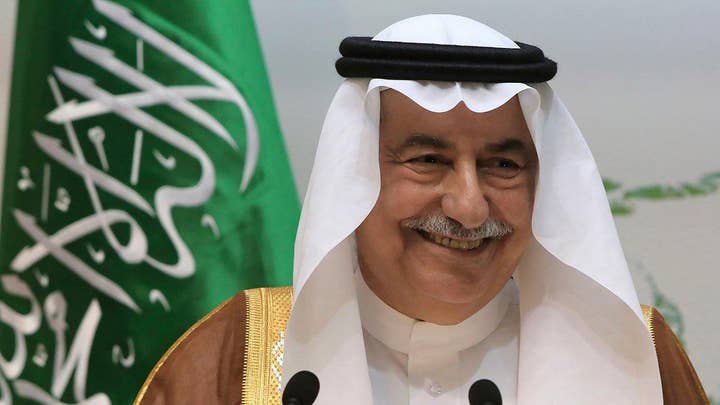 The asylum seekers are fleeing crime and gang violence, we're told. Yes, they are. But guess what? Those same gangs are here.

The Democrats and the establishment state media have totally lost the plot on immigration. That's because they've lost touch with working Americans. It's not their jobs being lost; it's not their incomes going down. It's not their kids' schools being overwhelmed.

By contrast, the Trump administration is finally putting together the reasonable, coherent immigration policy this country has been crying out for, for nearly 50 years. We see it with the wall going up, but it's much more than that. In many ways, it's five walls. The physical one, but also the legal one with the asylum change, a technology wall, an entitlement reform wall to help reduce incentives, and a foreign policy wall to encourage other countries to do more, as we saw with immediate results with Mexico and the tariffs threat.

On top of all that -- and totally contradicting the establishment lie that this is a xenophobic, restrictionist approach -- these are walls, as the saying goes, with a door. Months ago, the president announced a plan not to cut legal immigration but to keep it at present levels, opting instead to reform it to become a merit-based system.

All of this is utterly reasonable and in line with mainstream opinion in this country. The Democrats' lurch to the open borders left, is the real extremist position on immigration today.

Adapted from Steve Hilton's monologue from "The Next Revolution" on Sept. 15, 2019.