Steve Doocy: My wife vetoed Keto (and I am SO glad she did) 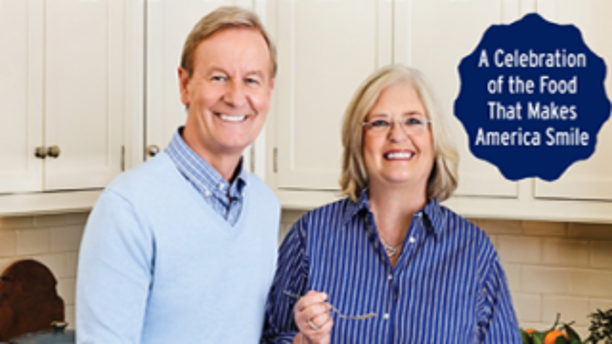 To everyone who picked up a copy of “The Happy Cookbook” and who took time out of their lives to meet my wife Kathy and me on our book tour – and to those who have told us since how much enjoyment our recipes brought to their families – thank you!

What you don’t know about the cookbook is that after more than a year of being my wife’s chief food tester and recipe researcher, eating wonderful comfort foods like a guy waiting for the governor to call with a pardon … something had to give.

It was around Christmas that I noticed my wife had apparently started washing my jeans in super hot water because they were suddenly tight.

But it was not the washer or the dryer making jeans tighter. It was an occupational hazard of cookbookery. If you make three or four fantastic family classic recipes a day for a year you’re going to gain some weight.

So I decided to go on a one-month diet. But which one?

A guy at work told me he’d gone on the Keto diet and lost 30 pounds in no time. Tim Tebow and the Kardashians supposedly were on it, as was a trainer who swore it helped him with his dyslexia and got rid of brain fog.

The diet is very low in carbohydrates, moderate in protein and very high in fat. I got a couple cookbooks with detailed diet plans and half the recipes had bacon!

She paused a moment and then actually responded: “Keto? Neato.”

I have been married to Kathy for over 30 years and she’d never said “neato.” But it was Christmas week, and it could have been the egg nog talking.

Side note: Traditional egg nog, I quickly discovered, is not allowed on the Keto diet. The diet has a lot of restrictions – for me only 20 grams of carbs a day – but the carbs you should avoid included wheat bread, pasta, cookies, pizza, beans, most fruits, all fruit juices, potatoes and, of course, sugar.

I told myself: I can live without that stuff for a month, easy!

My game plan was to start the Keto diet on New Year’s Day this year. What made this much more challenging was the fact that for the last five years I’ve also done Dry January – a campaign started in the United Kingdom to get people to lay off alcohol for the first month of the year, which many needed after overdoing it before, during and after Christmas.

I normally only have a single glass or two of wine at night. But I would be doing Keto and Dry January simultaneously. A perfect combination because on Keto you can’t drink alcohol! 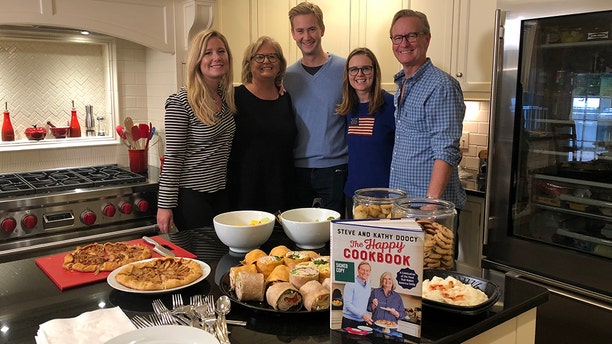 Early New Year’s Day, I got up and brewed something from the Keto cookbook called Bulletproof Coffee. The recipe was so simple, just a cup of hot coffee right out of the Keurig, to which I added a squirt of MCT oil (something from coconuts) a dash of cinnamon and then I added something that I have never put in my coffee in my entire lifetime, two tablespoons of grass-fed BUTTER.

Butter AND bacon – no wonder Tim Tebow loves this!

My Keto lunch and dinner on the first day were all delicious, and by design super heavy on the fat, very light on the carbs. I never felt hungry, had lots of energy, and at dinner, I skipped my nightly glass of Cabernet (thanks Dry January), then at bedtime, I was out like a light.

My second day on Keto, I woke up with a splitting headache, which was weird because I didn’t have anything boozy to drink the night before. I figured I had not eaten enough fat the day before, so I buttered my coffee, and then I fried up a pound of uncured bacon and put it in a big red bowl on the kitchen island to use in recipes throughout the day.

Just looking at that big bowl would remind me – low carb, high fat. Delicious! But it was hard to concentrate on that because of the headache.

“You’ve got Keto flu, don’t worry about it”, the guy who lost 30 pounds told me, “It should go away in a few days or weeks.”

I’m an impatient American, isn’t there a pill I can take for this? I tried aspirin, Tylenol and Advil. None worked. Then it finally happened, on the second day. Temptation finally arrived and whispered: “A glass of wine will get rid of that headache, Steve…”

I WOULD NOT CAVE! (insert government shutdown joke here).

Instead, I spent that first week scouring Instagram for new bacon recipes. And even though I was always full from my butter-coffee and fatty lunches, at dinner I’d count my macros (don’t ask) and calculate how many carbs I’d eaten that day. If I went over 20, my day of trying to achieve ketosis was ruined. I’d constantly ask Kathy to estimate how many carbs were in a variety of foods.

“I just ate a cup of blueberries, Dr. Oz says they are a super food, how many carbs? I’m guessing five.”

TWENTY ONE GRAMS … MY DAILY GOAL WAS 20 GRAMS!

Another day of progress down the drain! Suddenly my beloved blueberries were Keto kryptonite.

Keep in mind, I’d spent a year writing a cookbook where at every meal I’d make pot-roast or breaded pork chops, smoked pork butt or Sunday Gravy, always accompanied by melt-in-your-mouth sides, culminating with a slice of pie or sheet cake or a waffle brownie … and now most of the foods that gave me a reason for living were off limits.

On Day 7, I announced to Kathy: “I am done talking about Keto…”

“Then what are we going to talk about all day?” she joked, because it’s all I talked about, every day.

“You’re kind of ‘hangry’ (hungry-angry), you should quit,” she said

And with that my wife vetoed Keto.

(Keto works for many people, just not me).

Suddenly, a great weight had been lifted off my shoulders. While I immediately missed the bacon, I had not lost any weight, but I still had my goal, so I started a diet Dr. Oz had told me about called the Pegan diet.

Dr. Mark Hyman at the Cleveland Clinic pioneered the Pegan diet, nicknamed as such because it combines paleo and vegan diet principles. The idea is to eat foods that don't raise your blood sugar.

I could still eat steak (grass fed) and eggs (pasture raised) as long as most of my plate was covered with tasty fruits and vegetables. Blueberries no longer kryptonite!

The diet – called “Eat Fat, Get Thin” – was a perfect fit for me, because the initial diet is 21 days the exact time I had left in Dry January and during those 21 days you cannot drink beer/wine/booze.

Fast forward to today, it’s now February and I finished the initial three-week part of the diet, which worked great for me. I got more energy, it was easier to fall asleep at night (very important to morning show hosts) and I either lost a little weight or my wife decided to stop shrinking my jeans in the dryer.

Just know this: I don’t know that I’ll ever combine a diet with not drinking again. But it was a point of pride that I was able to complete both goals pretty successfully in January.

Thankfully, I can now have beer or wine or martinis without guilt because that challenge was completed just in time for this weekend’s Super Bowl! However, because I was totally consumed with all things Keto, when I think of a super bowl … it’s full of bacon.

Steve Doocy currently serves as co-host of FOX News Channel's (FNC) FOX & Friends (weekdays 6-9AM/ET). Based in New York, he joined the network in 1996. His latest book is, "The Happy Cookbook." Click here for more information on Steve Doocy.