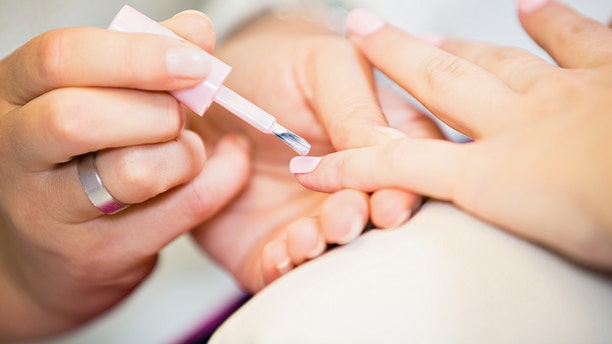 A nail salon in Russia is creating the most over-the-top holiday look, and people are split about it. (iStock)

In Maryland, if you’re behind in paying your state taxes you face a perverse situation.  You need money to clear yourself of the debt, but anyone with unpaid taxes is automatically prohibited from obtaining or renewing an occupational license.  That makes it difficult to find a job, because you can’t work as a barber, manicurist, masseuse, chauffeur, taxidermist, physical trainer, upholsterer, unarmed security guard, or in many other professions without a government issued license.

It’s a cruel twist in the already sordid saga of occupational licensing. States are simply licensing entrepreneurs out of work.  In some states you need a license to decorate homes or to apply make-up. In 37 states, you need a license to shampoo—and on average it takes 248 calendar days of training and experience to get it. That’s a lot of time for a license to wash hair—something that most people do at home on a regular basis without inflicting mass harm.  In fact, it’s seven times the amount of training needed to get a license to be an Emergency Medical Technician (EMT).

One Maryland resident, a dentist who was denied his professional license because he was behind paying taxes, challenged the unpaid taxes law in 2005—correctly arguing that the state may only burden a person’s ability to enter a trade for reasons related to their fitness to work. As the Supreme Court has said, the state can impose licensing requirements to protect health and safety, like requiring doctors to have training in medicine. But it cannot impose burdens unrelated to a person’s qualifications, like banning people from practicing as lawyers because of their political beliefs. Nevertheless, a state court upheld Maryland’s unpaid taxes law on the theory that paying taxes is related to a person’s fitness to work as a dentist.

That’s puzzling. While the policy might make sense in an industry where financial savviness is important, like accounting, it makes zero sense in industries like massage therapy, cosmetology, dentistry, and the several other occupations licensed in the state. People who can’t afford their taxes are no less capable of filling cavities than those who can.

States, of course, have an interest in passing laws that help them to collect taxes or fines. But they cannot constitutionally deprive people of their right to earn a living while doing so.

Marylanders are clearly unhappy. The Maryland Board of Nursing has a webpage devoted to the issue.  The FAQ page reads:

“I received a letter from the board stating my license will be put on hold due to a tax payment issue. How could this be possible? This is unfair and just wrong! How can I pay my taxes if you are going to take away my license (or certificate)? This is my livelihood! Who can I talk to about this?”

No need for me to editorialize. The Board’s phrasing says it all.

Maryland is not alone in its misguided policy.  Twenty other states have a similarly despicable policy of preventing people from renewing their professional licenses when they’re behind in repaying their student loans. Forty-three states prohibit people from renewing their driver’s license when they have unpaid court fees, which deprives many of their means of getting to work. These policies are absurd. The only way for people to afford their loan payments, court fees, or taxes is to hold a job. Keeping people out work for failing to pay is not only counterproductive, it’s heartless.  Without professional or driver’s licenses, many will turn to working or driving without one—subjecting them to further fines and an endless cycle of poverty and punishment.

Two Detroiters, Adrian Fowler and Kitia Harris, recently scored a preliminary legal victory in Michigan when a federal judge ruled that the state could not deny driver’s licenses to people with unpaid traffic fines or court fees.  Fowler’s license was suspended after she accumulated about $2,000 in unpaid traffic fines—including a speeding ticket she received for rushing her fevered baby to the hospital.  While the case still has to proceed to the merits, for now the state cannot enforce its so-called “wealth-based license suspensions.”

Fortunately, there’s plenty of potential for reform.  States can start by reducing licensure.  This month Oklahoma released a report suggesting that the state reevaluate the need for licensing laws, expand reciprocity among states, and examine bans on licenses to people with criminal records.  The Federalist Society’s Regulatory Transparency Project, which raises awareness about overregulation, urges states to consider less restrictive regulations before turning to occupational licensing.  Registration, mandatory bonding and insurance, or private certification may present effective but less onerous alternatives to licensure.  In addition, states should reconsider ancillary policies like Maryland’s unpaid taxes law, which compound occupational licensing problems.

States, of course, have an interest in passing laws that help them to collect taxes or fines.  But they cannot constitutionally deprive people of their right to earn a living while doing so. And as a policy matter, it’s cruel and counterproductive to try.

Anastasia Boden is an attorney with Pacific Legal Foundation and a member of the Federalist Society’s Regulatory Transparency Project working group on State and Local Regulation.