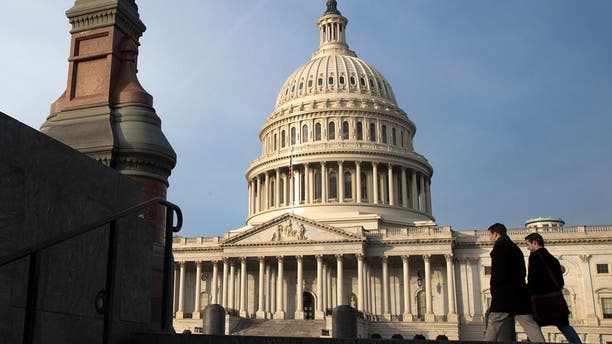 On Friday evening, Senators were presented with a choice: vote to advance or block a bill that would fund the government. Senate Democrats were clear – they voted to shut down the government.

There is no other way to look at it—90 percent of the Democrats voted to block a bill to fund the government.

What was fascinating, however, was how many of my Democrat colleagues came to the floor to claim that they could not support another continuing resolution because of the negative impact it would have on our military.

I know all too well the harmful impacts of continuing resolutions on our military. I’ve been adamant that it is past time for us to lift the budget caps and fully fund our military through a long-term spending bill. It’s the responsible solution, and one that will let our Armed Forces finally return to a strategy-based budget.

Right now, there are approximately 200,000 forward-deployed troops that are putting their lives on the line and serving America without pay; wondering if their families back home will be able to make ends meet until the Democrats come to their senses and end the shutdown.

But what I also know is that the only thing worse for our military than another continuing resolution is no funding at all.

Right now, there are approximately 200,000 forward-deployed troops that are putting their lives on the line and serving America without pay; wondering if their families back home will be able to make ends meet until the Democrats come to their senses and end the shutdown. This directly affects readiness and is a discouragement to these men and women risking their lives. Unfortunately, that’s only the beginning of the harmful effects a shutdown will have on our military.

Our military is currently in a readiness crisis – a situation that President Obama left us in after he demanded that every dollar we put into defense be matched with an extra dollar in domestic spending. Every dollar—and the Democrats went along with it. In 1964, over 50 percent of our budget went to defense spending. Today, it is just 15 percent. When you are engaged in multiple, high-tempo operations around the globe, the dollar just doesn’t stretch that far. Commanders can’t prioritize maintenance, leading to dangerous situations. We’ve seen a rise in training accidents over the past decade, and initial investigations have linked that to outdated equipment and less training. Navy aircraft are grounded because they need repairs or lack spare parts and the Marines are struggling to keep their F/A-18 fleet airworthy.

During this Democrat shutdown, Secretary of Defense James Mattis has said all maintenance operations will cease. As home to Tinker Air Force Base, which performs maintenance for military planes, and McAlester Army Ammunition Plant which produces munitions, Oklahomans know how important our civilian workforce is to maintaining readiness. Yet, the Democrat shutdown means that over half of the military’s civilian workforce will be sent home and their projects will be halted. Even once Democrats end their partisan brinkmanship and reopen the government, we’ll feel the ripple effect as facilities struggle to catch up and get things back on schedule.

This Democrat shutdown will also mean that over 100,000 National Guardsmen are being sent home from their planned weekend training—including over 600 National Guard soldiers in my home state of Oklahoma. As we work to counter the threats around the world, our reserve components play a critical role.

Democrats say they care about the military, but by keeping the government shut down, they aren’t putting our troops first.

Fortunately, under President Trump, we’ve finally started to invest in rebuilding our military. We’re putting more money towards training, maintenance and modernization to begin to rectify the damage of the last eight years. I am going to keep working towards reopening our government and passing a long-term defense funding bill, but right now, only one thing is clear – our military will suffer if Sen. Schumer continues his shutdown.