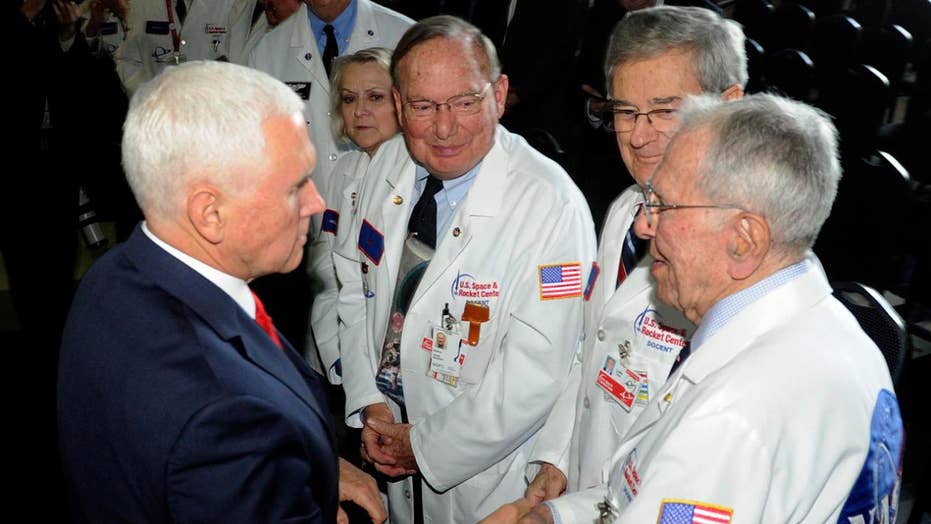 Trump says creation of a Space Force is “a national priority.”

America needs a Space Force and we need to develop it now.

The Senate Armed Services Committee recently held a hearing on President Trump’s proposal to establish the Space Force, and at the hearing our nation’s military leadership agreed unanimously that this new branch of the military should be created.

For years, Washington has debated the idea of a Space Force – both how it would work and whether it was necessary. It is clear now that we must move forward on turning the Space Force from an idea into a reality.

The United States has enjoyed a dominant presence in space for decades. As Air Force Secretary Heather Wilson told me, “We are the best in the world at space.”

While space is not at the forefront of most Americans’ minds, it is integral to everything we do. From using GPS to changing the channel, space is literally at our fingertips. The same applies to our military.

In virtually every aspect, mission success is dependent on our space infrastructure. The American way of life – and the men and women who defend it across the globe – depend on our ability to operate in space, and our adversaries know it.

The American way of life – and the men and women who defend it across the globe – depend on our ability to operate in space; and our adversaries know it.

China and Russia recently reorganized their militaries to counter our space superiority. In an effort to degrade our land, air, and sea capabilities, these countries are rapidly developing anti-satellite weapons.

What good are our precision bombs if they cannot hit their targets? How could we conduct meaningful reconnaissance without satellite imagery? Despite numerous warnings and recommendations, the United States has been slow to react.

Because we lack a clear vision, foreign countries have reduced our dominance in space and developed systems that threaten our national security.

That is why we need to stand up a modernized Space Force. Currently, over 60 organizations are responsible for various aspects of our space presence. A Space Force would reduce redundancy and ensure our efforts are properly accountable.

Next month’s markup on the National Defense Authorization Act presents an opportunity for Congress to consider creating the Space Force.

A streamlined Space Force with clear leadership and consistent vision would afford space the attention it deserves. And we must act quickly.

Because we lack a clear vision, foreign countries have reduced our dominance in space and developed systems that threaten our national security.

As the commander of the U.S. Strategic Command, Air Force Gen. John Hyten, said during the Senate Armed Services Committee hearing: “Every physical domain we have, when it becomes contested, we create a military service to deal with that. So we are going to have a Space Force. The committee has to decide when is that going to happen. And I think now is the time.”

Almost a century ago, Army Brig. Gen. Billy Mitchell – commander of all Army air combat units in France in World War I and considered the father of the United States Air Force –  was demoted and court-martialed because of his advocacy for airpower as a warfighting domain.

It took painful lessons during World War II to demonstrate how right Mitchell was. If a United States Space Force is inevitable, why would we wait until we are behind?

As the Bible says in Proverbs, “without vision the people perish.” We have the opportunity to move beyond governing by crisis, to heed the warnings of our military community, and to think aspirationally about what our armed forces can achieve.

I am thankful both to President Trump for introducing the bold proposal for a Space Force and to Armed Service Committee Chairman Sen. James Inhofe, R-Okla., for elevating this discussion in Congress. Because of their work, and the overwhelming support from the military community, the conversation about space has been elevated from backroom Beltway dialogue to a kitchen table discussion.

This issue is now before the American people where it belongs. It is time for the United States to recognize the growing threat in space and to develop a dedicated and well-equipped Space Force. History shows it, our military leaders prove it, and the American way of life demands it.

Kevin Cramer is a Republican U.S. senator representing North Dakota. He previously served for six years in the U.S. House of Representatives.