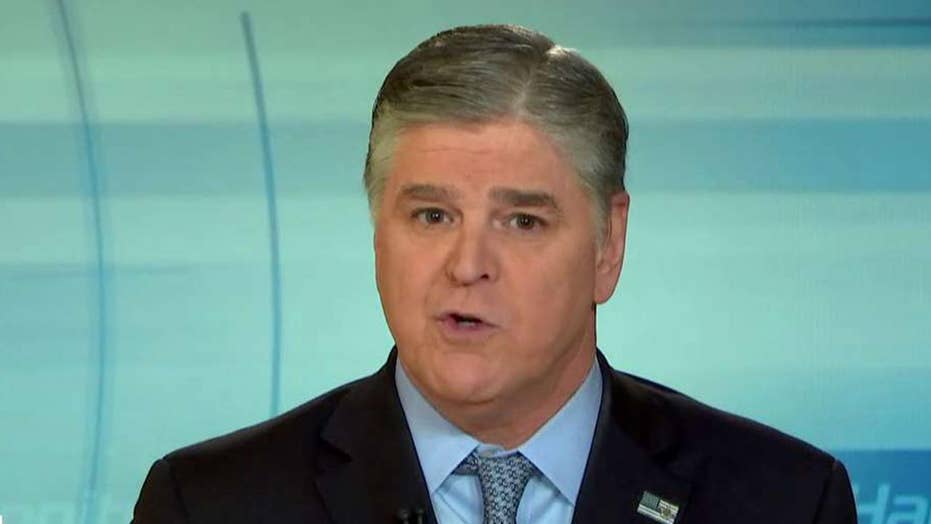 Hannity: The elite take college spots from the deserving

The nationwide college admissions scandal is rocking the entire world of higher education. Dozens of wealthy families, business executives and yes, Hollywood celebrities, were caught rigging the system, paying huge crimes, fixing even SAT and ACT scores, so their little children, their precious kids could gain admission into some of America's top universities.

The man at the very center of this fraud is named William "Rick" Singer. He is cooperating with federal authorities, apparently naming names. On Wednesday, "Full House" actress Lori Loughlin appeared in court to face charges for her alleged involvement in this scheme and was released -- get this -- on a $1 million bond, the same amount as R. Kelly.

She and her husband Mossimo Giannulli are accused of paying half a million dollars so that their two daughters could get into the University of Southern California as purported crew athletes. They never were crew rowers, ever. They never played once. They even went as far as to Photoshop pictures.

Fellow actress Felicity Huffman was arrested at gunpoint during a raid by multiple FBI agents after she was accused of paying thousands of dollars to fake her daughter's SAT scores. And according to USC, students who benefited from this fraud may now get kicked out of the college. But that should be the least of their worries, because their parents could be facing up to 20 years behind bars.

So far, 50 people have been charged, including multiple college athletic coaches, school administrators, several SAT, ACT officials. And fraudster William "Rick" Singer claimed to have successfully serviced over 800 clients who paid him tens and tens of thousands -- in some cases, millions -- of dollars. Unbelievable.

Why? I guess for status, bragging rights, so they could tell their friends that their privileged children got into the best schools, even though in reality, their children weren't good enough academically or weren't good enough athletically. To do so, they stomped on the futures of other people.

This is a zero-sum game. There's only so many spots in each school. For children who are probably not as financially well-off, or kids who had to work for everything, kids who put in the time academically or athletically.

We're talking about thousands and thousands of hours studying and training and actually earning their grades or position in their sport. Kids who spent all this time on and off the field to better themselves and enrich the school with their incredible athletic ability. Kids who played sports competitively. Most kids nowadays focus on one sport since about the time they are 7-years-old. I know because I've lived through it.

Now, if found guilty, those involved in the scandal are the new faces of greed, corruption and selfishness. In a rare moment of honesty, even fake news CNN's Don Lemon summed it up like this:

"This is an America that can be deeply unfair, where hard work doesn't necessarily pay off, where if you have money, you can buy anything because just about everything is for sale, including integrity for sale," he said. "A whole lot of people have real good reason to believe the system is rigged against them. Listen, this is what Donald Trump tapped into. And in a lot of ways, guess what? He was right."

Adapted from Sean Hannity's monologue from "Hannity" on March 13, 2019.