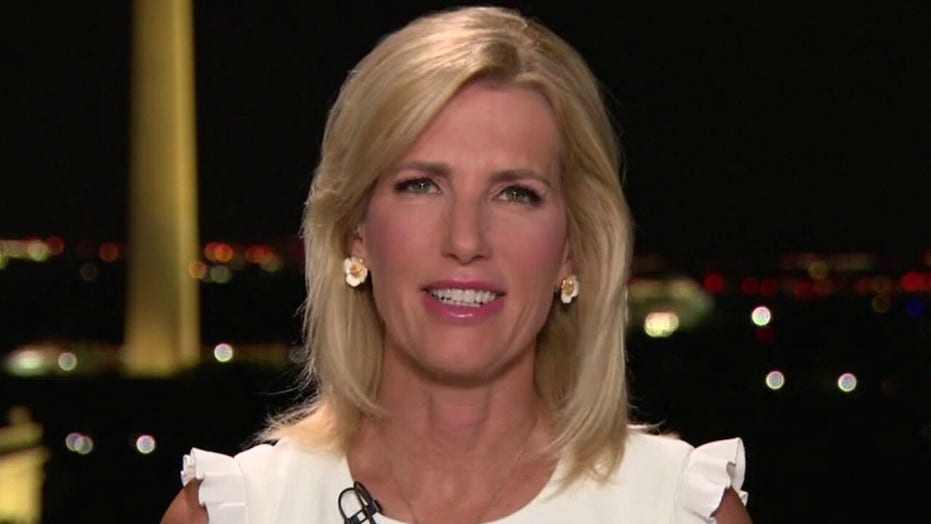 Ingraham: A bad day for the Democrats

The star of “The Apprentice” and what could be called “West Wing: The Reality Show” did something all the Hollywood liberals couldn’t do. In true Andy Hardy style, he put on a show.

And what a show! For three straight nights this week the Republican National Convention has topped its Democratic counterpart held last week. But unlike the Democrats, Republicans didn’t blame America — they celebrated it with pride.

Trump moved us with the site of five immigrants becoming American citizens in a White House ceremony. He took time to congratulate each in turn. Short videos honored American history. One told the story of how our national anthem was written during the defense of Fort McHenry from British forces during the War of 1812. Mike Pence accepted the vice-presidential nomination for reelection at the historic site.

Another video highlighted the history of women’s right to vote. It reminded the audience that when Susan B. Anthony registered, she “voted for every Republican on the ballot.”

The third night of the Republican Convention celebrated heroes, but was clearly geared toward getting women to vote for Trump.

Among the many heroes was White House press secretary Kayleigh McEnany. She described how she had a preventative double mastectomy. She reflected on how Trump had stood by her in what was one of many truly compelling personal anecdotes about Trump the man.

Every single night of the GOP convention has soared, mixing fact-checks on the media coronavirus narrative with inspiring stories of our nation.

The successful convention left the crestfallen and angry anti-Trump media trying to snark or distract, unable to change the topic successfully. No one can deny that the Republican Convention had better production values and more compelling speeches than the Democratic Convention, along with some outstanding high points.

Every single night of the GOP gathering has featured the true diversity of the Republican Party — the diversity the left-wing media hide from readers and viewers because they can’t stand to discuss it.

Monday night included former South Carolina Gov. and U.S. Ambassador to the United Nations Nikki Haley telling her personal story growing up as an Indian-American. “I was a brown girl in a black-and-white world," she explained as she slammed the media theme on race. “America is not a racist country,” she declared proudly.

Haley was followed with an amazing performance by Sen. Tim Scott, R-S.C., who is an African American. He told his compelling history of success. "My family went from cotton to Congress in one lifetime," he said in one of the most memorable lines of the convention.

Tuesday night culminated in an enthralling speech by first lady Melania Trump telling of her immigrant experience. She joined in the compelling theme of hope.

“It is in times like this that we will look back and tell our grandchildren that through kindness and compassion, strength and determination, we were able to restore the promise of our future,” Mrs. Trump said in accented English that was promptly mocked by the Hollywood elite.

Actress Bette Midler slammed Mrs. Trump as an “illegal alien.” “Oh, God. She still can’t speak English," Midler wrote. After that sparked a firestorm of criticism for Midler, she tweeted: “I was wrong to make fun of her accent.”

On Wednesday night Vice President Mike Pence took time in his speech to acknowledge the threat to Gulf Coast states from Hurricane Laura. "Stay safe, and know that we'll be with you every step of the way to support, rescue, response and recovery in the days and weeks ahead,” he promised.

The convention highs were more than just big names. There were ominous warnings of the dangers to America’s shining city on the hill. Not from veteran politicians, but from the ordinary men and women who live, strive and try to survive.

Cuban American businessman Maximo Alvarez cautioned Americans about communism in a heart-wrenching speech. “I’m speaking to you today because I have seen people like this before. I’ve seen movements like these before,” he said about the left.

Mark and Patricia McCloskey told the harrowing story of what can happen to anyone who tries to defend a home against the mob. Covington High School teen Nicholas Sandmann told what it was like to endure “cancel culture.”

The Democrats were front-and-center with big names from Hollywood at their convention. Actresses Eva Longoria, Tracee Ellis Ross, Kerry Washington and Julia Louis-Dreyfus emceed. This was a reminder that Hollywood is the face of the Democratic Party.

That wasn’t the case for the GOP. Trump turned to old reliables — “two producers of ‘The Apprentice,’” according to The New York Times. Add in former NBC executive Chuck LaBella, who worked on producing a TV roast of Trump.

Star actor Jon Voight narrated patriotic videos for each night of the convention and every single one hit it out of the park. The GOP opened the convention with Voight telling viewers about “America, land of promise, land of opportunity. Land of heroes. Land of greatness.”