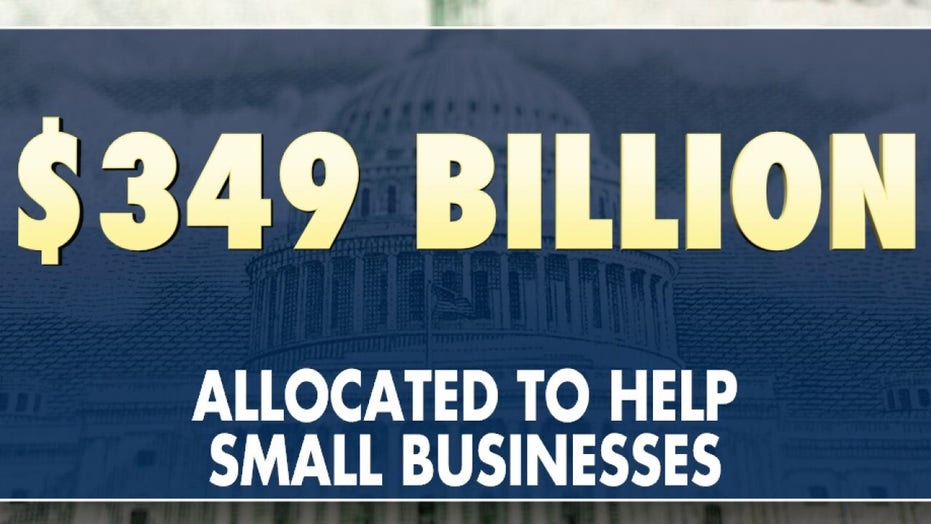 The small business panel weighs in on ‘Fox &amp; Friends.’

When I was in the Tennessee General Assembly and we wanted to address a specific issue, like infrastructure, we would caption the bill so the final version dealt only with infrastructure. It kept the legislation on topic and made the debates more meaningful. Unlike Congress, we didn’t have last-minute, unrelated policy riders that jacked up the price tag or expanded the scope of the bill.

Tennessee voters and taxpayers expect straightforward bills from the state Legislature. It’s what we told constituents we were doing; it’s what they got in the final product; and it’s the honest, transparent way to legislate.

So when the bipartisan CARES Act was introduced in Congress and millions of Americans were told relief was on the way to solve the most serious problems caused by COVID-19, I was among those angry and disappointed that assistance was stalled at the eleventh-hour.

Because House Speaker Nancy Pelosi, D-Calif., Senate Minority Leader Chuck Schumer, D-N.Y., and other congressional Democrats felt it was more important to hold out for crippling environmental regulations, fraud-prone mail-in voting and other government pork that had no business in a coronavirus relief package.

Most of these ridiculous demands weren’t included in the final CARES Act, but the damage was already done. Small businesses and workers were forced to wait an additional week for relief while the CARES Act became a vehicle for Democrats’ political priorities. The bill swelled to a staggering $2.2 trillion.

Fiscal conservatives like myself put people over politics and voted for the CARES Act because our constituents desperately need help, but it was sickening to watch a relief package be abused to advance unrelated priorities. It’s a dishonest, shady way to legislate, and it violates the trust of the voters and taxpayers who elect us to represent them in Washington.

Unfortunately, history is on the verge of repeating itself, leaving small businesses and workers to once again suffer unnecessarily. The popular Paycheck Protection Program (PPP), created by the CARES Act to help small businesses pay their employees, is out of money. The White House made a simple, straightforward request to Congress: $250 billion in additional funding for this program. No strings attached.

Yet again, congressional Democrats have delayed this request, citing the same agenda items left out of the CARES Act and demanding they be attached to any additional PPP funding. I’d like to offer my friends across the aisle some perspective: even the members of your progressive base who are calling for mail-in voting and Green New Deal policies to be included in another round of PPP funding are small business owners and employees, too.

By holding up PPP relief, not only are you hurting folks in Tennessee’s Second District, but you’re hurting your own constituents. Save these demands for a more appropriate time, not a national crisis.

Stimulus packages aren’t meant for politicians, Republican or Democrat, to enact their political agendas. They are reserved for times of crisis, intended for softening the economic shock on American families, workers, and entrepreneurs.

Our government just spent over $2 trillion in relief a few weeks ago and we simply cannot afford to repeat the legislative process that allowed the CARES Act to balloon out of control.

Congress should evaluate the full impact of the CARES Act before putting any new stimulus bill on the floor of either chamber. But we do need to add more funds to the PPP now, before it is too late for small businesses in East Tennessee and around the country.

We’re in the middle of a crisis. This is not the time for 11th-hour hold-ups over ridiculous policy riders. Congress needs to get its act together because small businesses and working folks across America need our support.