Rep. Marsha Blackburn: It's time to remind Silicon Valley that no one is 'too big to regulate' 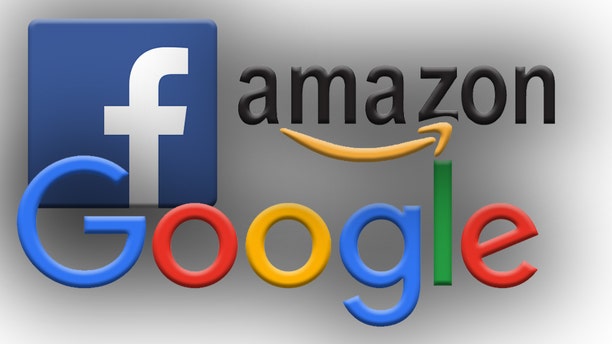 2018 is proving to be the year tech finally lost its innocence. Uber’s self-driving cars hit people; Amazon’s Echo listens in on your private conversations; and Facebook has had more scandals than we can track. The tech industry’s problems are out of control.

Earlier this year, Congress actually worked together in a bipartisan fashion and passed a bill that addressed the ease with which humans were bought and sold online like modern day slaves. The days of hiding your head in the sand and failing to acknowledge how your services are being used are over. Now, companies must ensure that they are not allowing or facilitating this behavior on their platforms.

This legislation was the first of many wake-up calls for tech. In most boardrooms, plans would quickly be put in place to protect their companies from liability. In Silicon Valley, they like to hit the snooze button; because despite all of their problems, Washington has not given them a reason to be concerned.

Once the House Energy & Commerce Committee announced that Facebook CEO Mark Zuckerberg would be appearing before our panel, constituents began flooding our offices with calls and emails. Many Tennesseans recalled the incident where I was subjected to censorship on Twitter.  For the first time, they finally had an opportunity to speak up once there was an opportunity to hold a tech company accountable for their actions.  Big Tech has gone from silencing us by blocking and censoring our content; to telling others what to think of us. We are left defenseless once they step into our shoes and speak for us.

In Mr. Zuckerberg’s testimony before the Senate, he acknowledged that Facebook needs to take a broader view of their responsibility – including the outcome, and how people use those tools. I agree with that sentiment, and I think every CEO in the tech industry should as well. It is abundantly clear that this behavior is not limited to Facebook.

If these companies truly believe in a free and open internet, they should allow an honest and open public discussion – even when that means views they disagree with in “flyover country” are highlighted.

For example, my Tennessee constituents have expressed concern over having their Christian movie trailers taken off YouTube, or their Facebook accounts being disabled, or their posts on Twitter being censored. As I said, I had a personal experience with the latter this last fall, and it was deeply troubling. I understand how these people felt. It started with confusion and ended with outrage. If these companies truly believe in a free and open internet, they should allow an honest and open public discussion – even when that means views they disagree with in “flyover country” are highlighted. If they don’t believe in that level of neutrality, perhaps we should heed Mr. Zuckerberg’s advice and consider holding them to a higher standard that acknowledges their responsibility.

What is the value of platforms that care more about inserting their biases than in providing a neutral place for people to discuss their ideas? This doesn’t just apply to the words we choose to use to express ourselves, but also the way in which they classify us before the public. Recently, House Majority Leader Kevin McCarthy brought to our attention the fact that the California Republican Party was deemed a “Nazi” organization on the front page of Google’s search results.

Perhaps this was a genuine error in the way the knowledge panel functioned. But that brings us to another point. All of these “mistakes” only seem to flow in one direction; against conservatives. I, along with several other members of the committee, brought this to Mr. Zuckerberg’s attention during our hearing earlier this year. Facebook thinks they can innovate their way out of this problem.

For years the mantra of the left has been “regulate ISPs, but don’t regulate tech because there is so much competition.” This doesn’t just apply to net neutrality, it applies to privacy, to antitrust, and even to new telecommunications networks that they create. From where I sit, this looks like an outdated way of thinking.

When it comes to search, Google has nearly 90 percent of the global market share.  In other words, they monopolize the search function. With that growth, Google has grown accustomed to some of the benefits of incumbency that many dominant players in the market enjoy. At their core, their parent company (Alphabet) is an advertising business, and their products reflect that fact. Their search engine now priorotizes Google’s content over others; and Yelp has learned this the hard way. When a consumer is searching for local goods or services, Google’s own community search results now appear in a box above the traditional search results. If Google is unfairly using their competitive advantage to stifle their competitors hopes of attracting new customers, it may be appropriate for regulators to take a closer look at this practice.

At the end of the day, I’m here to remind Silicon Valley that no one gets a free pass in Congress. This is not a call for regulation, rather, a call for reflection. We must ensure a fair and competitive environment that will allow the free market to determine winners and losers. With so much changing in our internet ecosystem, Big Tech should take time to remember that although this light touch regulatory environment allowed them to flourish, they do not have a blank check. Anyone who thinks they are “too big to regulate” might want to put a call into Microsoft headquarters before it’s too late.