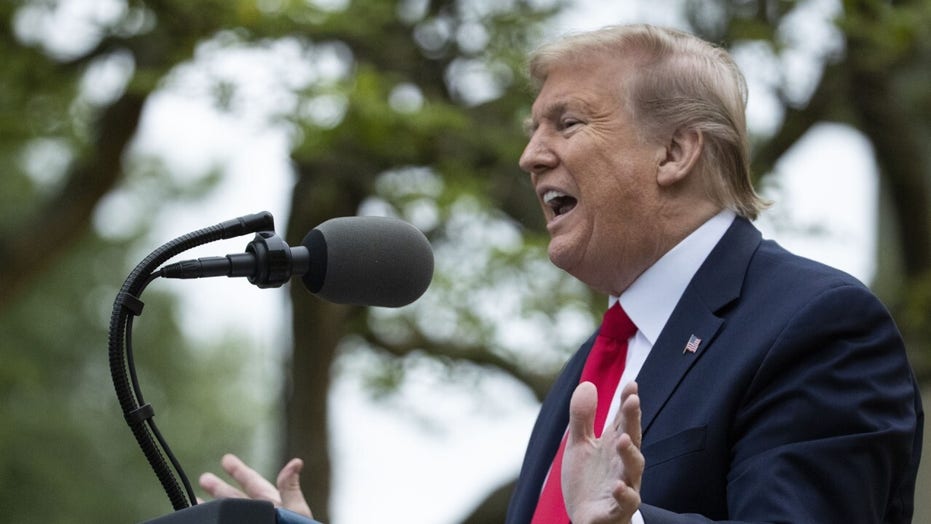 President Trump halts US funding of WHO

President Trump called the World Health Organization on the carpet Tuesday for its mishandling of the coronavirus pandemic in the most effective way he could: by cutting off U.S. funds until he finds out exactly what went wrong at the United Nations organization in January and February.

Trump said he will halt funding “while a review is conducted to assess the role of the WHO in mismanaging and covering up the spread of the coronavirus.”

U.S. taxpayers were scheduled to provide $893 million to the WHO in the current two-year funding period – far more than China, which provides $40 million per year.

“As the organization’s leading sponsor, the United States has a duty to insist on full accountability,” Trump said in announcing his cutoff.

Globalists are cringing, but Trump is right.

The World Health Organization failed – big time – in alerting the world to the seriousness of what began as an isolated outbreak of the new respiratory disease COVID-19 in China. The disease has now swept across the world with a horrific death toll and is keeping millions of us in our homes to halt its spread.

Someone has to ask why the World Health Organization – filled with health experts and backed by 194 member states and a U.N. charter – failed to sound a loud alarm on the coronavirus outbreak that began in Wuhan, China.

“It is my belief that the World Health Organization must be supported, as it is absolutely critical to the world’s efforts to win the war against COVID-19,” Guterres said. The UN is OK with looking at lessons learned when the pandemic is over, but “now is not that time,” he said.

Honestly, if not now, when?

Asking questions about what’s going on at the WHO can no longer be avoided.

As is now appallingly clear, the WHO is a health care bureaucracy, not a crisis response outfit. Chartered by the United Nations, the WHO has a headquarters in Geneva and 7,000 staff members working in 154 countries.

Since 2011, the WHO’S main objective has been reform. Health is a fundamental human right, it says.

I doubt President Trump will permanently rescind all U.S. funding for the WHO. Still, he is absolutely right to lead the charge for a prompt investigation of the WHO bungling in dealing with the coronavirus and how to fix it.

What really sticks out is that from the beginning, the WHO appeared satisfied to take China’s data on the spread of the coronavirus at face value, even though China has a reputation for falsifying statistics on everything from air pollution to military spending.

On Jan. 14 the WHO tweeted: “Preliminary investigations conducted by the Chinese authorities have found no clear evidence of human-to-human transmission of the novel coronavirus (2019-nCoV) identified in Wuhan, China.” What a wrong statement that turned out to be!

Weeks later, a joint WHO-China mission toured Chinese coronavirus hotspots from Feb. 16-24. Of the 25 experts, 14 were Chinese and two were Russian. Only two Americans, both very prominent, were on the panel.

The final report had some good data, but the overall tone downplayed the impact of the new virus. For example, the report asserted human-to-human transmission in China was happening mainly inside families.

Other two-and-a-half weeks passed before the WHO declared the coronavirus was a global pandemic March 11.

By then, Italy was in crisis, the virus was taking aim at New York City, and the first wave of closures began. You know the rest.

The WHO experts had a golden opportunity in January and February to swing into action, learn more about the Wuhan outbreak, and start coming up with good global advice.

The world was counting on the WHO – but that organization just wasn’t giving good guidance fast enough. “The WHO really blew it,” Trump tweeted April 7.

Here are four things President Trump’s team needs to consider before U.S. dollars again flow freely to the WHO:

WHO susceptibility to Chinese influence

“In the face of a previously unknown virus, China has rolled out perhaps the most ambitious, agile and aggressive disease containment effort in history,” concluded the report. The same report stated that “General Secretary Xi Jinping personally directed and deployed the prevention and control work” of the COVID-19 outbreak.

Seriously? That reads like an article from the Chinese Communist-controlled People’s Daily newspaper.

The world needs a reliable, committed WHO that can handle crisis response. The WHO took months to declare an emergency during the 2014 Ebola epidemic, British health expert Charles Clift told The Atlantic Monday. An internal look is overdue.

Americans have long put up with snarky, politicized rhetoric from U.N. officials. But if the global pandemic goes on, the WHO needs leadership with stature.

Sen. Martha McSally, R-Ariz., has called on WHO head Dr. Tedros Ghebreyesus to resign. Tedros, who was Ethiopia’s minister of health, is the first non-medical doctor to head the WHO. He has a Ph.D. in community health and was widely reported to be China’s choice when he took over in 2017.

President Trump got some NATO allies to spend more on defense. There’s no reason the U.S. should be contributing such a disproportionate share of funding to the dysfunctional WHO.  Trump has a stakeholder’s responsibility to set it right if he can.

The bottom line is that President Trump has every right to demand accountability from the WHO for its disastrous handling of the coronavirus outbreak that turned into a pandemic. America can’t simply serve as the WHO’S ATM no matter how awful the organization’s performance.