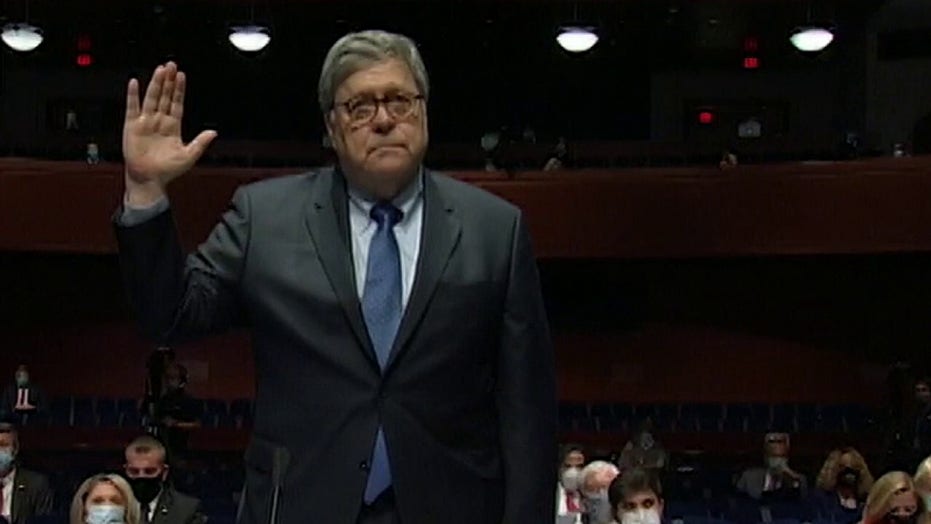 NEW YORK — Denial is not just a river in Egypt, as the ancient joke goes. It’s the Democrat/media/Left’s comprehensive response to the nationwide riots that rage on, seven weeks after the funeral of police-brutality victim George Floyd. His memory has been kidnapped by the most violent insurrectionists America has seen since 1968.

“Portland, Oregon is not out of control,” U.S. Rep. Earl Blumenauer, D-Ore., reassured his House colleagues on July 21. What about the projectiles, fires and explosions that have rocked that city since early June? If you have seen such things on TV, they must have been special effects. Or perhaps you have been experiencing acid flashbacks — a not-so-subtle reminder of your colorful youth.

Clearly enraged by the Trump administration’s surge of federal officers sent to Portland to combat the carnage that is not happening there, Nadler said, “The president wants footage for his campaign ads, and you appear to be serving it up to him as ordered.” The Judiciary chairman added: “Now you are projecting fear and violence nationwide in pursuit of obvious political objectives. Shame on you, Mr. Barr. Shame on you.”

“The playbook is to create the impression that there is violence, that he must send in federal troops,” Rep. Zoe Lofgren, D-Calif., said at Tuesday’s inquisition. “And that is how he [President Trump] hopes to win the election.”

“People are showing up because the troops are there,” added Lofgren. “Most of them are non-violent.”

Of course, as a 13-term congresswoman, Lofgren knows the difference between troops, who are not there, and federal civilian officers, who are confronting the impression of violence.

“Most of the protests have been peaceful, Mr. Barr. You know that,” scolded Rep. Debbie Mucarsel-Powell, D-Fla. “In most of these cities, the protests had begun to wind down before you marched in and confronted the protesters.”

Gov. Kate Brown, D-Ore., wrote Wednesday via Twitter that federal agents “have acted as an occupying force & brought violence.” Brown’s words echoed those of Portland's Democratic Mayor Ted Wheeler. As he wrote via Twitter on July 14, “my biggest immediate concern is the violence federal officers brought to our streets in recent days… We do not need or want their help.”

But on July 3, Wheeler blamed others for his city’s chaos.

“I remain deeply concerned, however, by groups who continue to perpetrate violence and vandalism on our streets,” Wheeler wrote via Twitter, a day before federal Homeland Security officers reached Portland.

“This has been going on for more than a month now,” Wheeler continued, suggesting that Stumptown’s unrest began around June 3, four weeks before ”Trump’s troops” arrived and, as Leftist liars contend, magically transformed peaceful protesters into rioters, all so Trump would have scary villains to attack en route to reelection.

Wheeler added, in consecutive Twitter messages on July 3: “Groups continue to target the Justice Center, threatening the safety of hundreds of inmates and employees inside...They continue to hurt small businesses owned by people of color, instill fear in communities of color, and start fires in buildings with people inside, in one specific case, even bolting emergency doors so that they could not escape.”

Unlike House Democrats, who mainly told Barr to shut up, Republicans introduced a radical reform: They asked Barr questions and let him answer.

“As far as the weapons you mentioned, let me get this straight,” said Rep. Steve Chabot, R-Ohio. He listed “rifles, explosives, knives, saws, sledgehammers, Tasers, slingshots, rocks, bricks, lasers. Have I missed anything?”

“You have missed some things, but that’s a good list,” Barr replied. “They have these powerful slingshots with ball bearings that they shoot. They have used pellet guns, we believe. We have found those projectiles have penetrated Marshals to the bone. They use the lasers to blind the Marshals. They do start fires. They start fires, if they can get the fire inside or through the windows. And they start fires along the outside of the courthouse. When the Marshals come out to try to deal with the fires, they are assaulted.”

“Federal courthouses are under attack,” Barr reminded the Committee on the Judiciary, no less. Seemingly exasperated with oblivious, or totally dishonest, Democrats, Barr wondered: “Since when is it OK to try to burn down a federal court? If someone went down the street to the Prettyman Court here, that beautiful courthouse we have right at the bottom of the Hill, and started breaking windows and firing industrial grade fireworks, and, to start a fire, throw kerosene balloons and start fires in the court. Is that OK? Is that OK now?”

According to DHS, “Violent anarchists targeted surveillance cameras around the Hatfield Courthouse, rendering them inoperable.” Also on July 19-20, “The U.S. Marshals Service reported communications jamming last night, which may have caused significant problems with their radio communications.”

The Associated Press’ Michael Balsamo embedded himself inside the Mark Hatfield U.S. Courthouse. His dispatches, via Twitter, are chilling. “I watched as injured officers were hauled inside. In one case, the commercial firework came over so fast the officer didn’t have time to respond. It burned through his sleeves & he had bloody gashes on both forearms. Another had a concussion from being hit in the head w/ a mortar.”

Balsamo added: “The lights inside the courthouse have to be turned off for safety & the light from high-powered lasers bounced across the lobby almost all night. The fear is palpable. Three officers were struck in the last few weeks & still haven’t regained their vision.”

DHS’s deployment to Portland is not ritual chest-beating. It’s not toxic masculinity. It’s the law.

According to 40 U.S. Code § 1315, the Secretary of Homeland Security “shall protect the buildings, grounds, and property that are owned, occupied, or secured by the Federal Government.” Acting Secretary Chad Wolf would break federal law if he left the courthouse undefended and let Antifa & Co. burn it to the ground.

Of course, if the Hatfield Courthouse went up in smoke, the same people decrying President Trump’s supposed fascism would erupt like Klaxons: “Why didn’t he stop this? He was asleep at the switch! Wake up, Mr. President!”

Attorney General Barr had every reason to be perplexed by the radical Democrats’ institutional indifference toward these relentless onslaughts against federal personnel and what they are guarding: a palace of justice.

“What makes me concerned for the country is this is the first time in my memory that the leaders of one of our great two political parties, the Democratic Party, are not coming out and condemning mob violence and the attack on federal courts,” Barr said. “Why can’t we just say violence against federal courts has to stop? Could we hear something like that?”